Why MTV should stick up for "Skins" 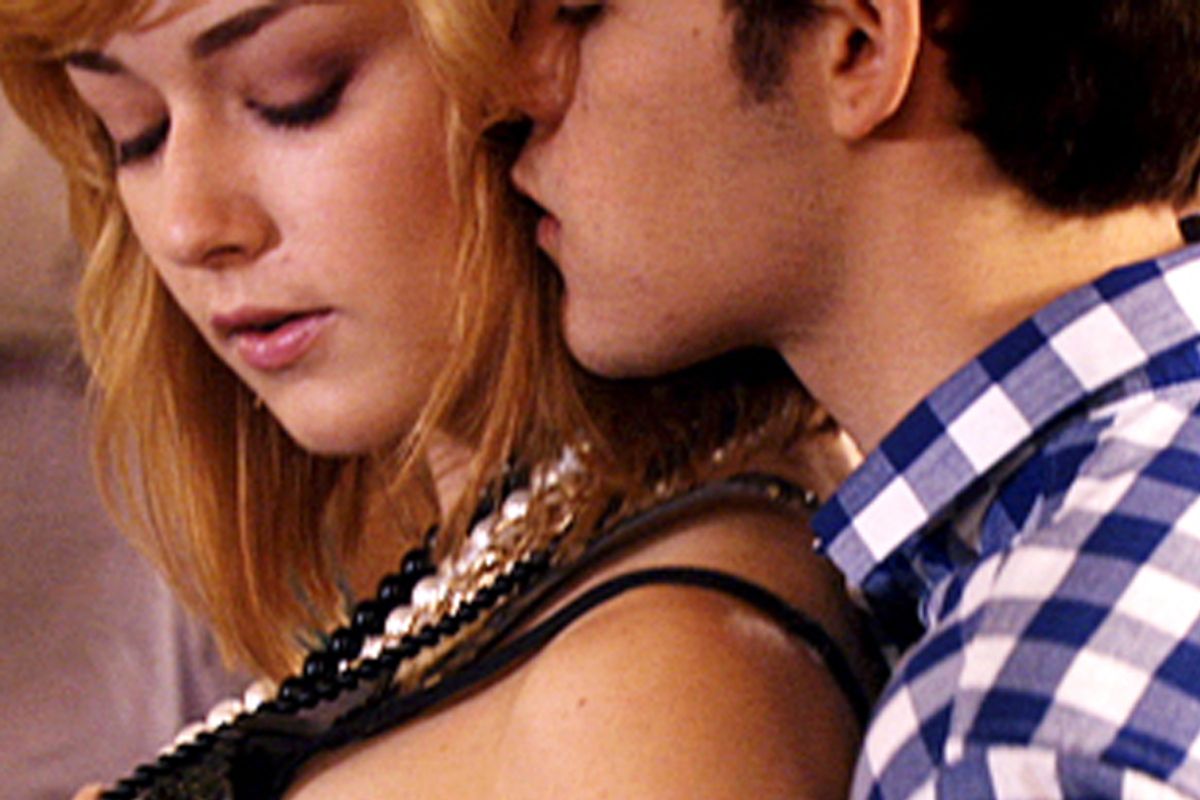 MTV made its bed. Now it needs to go lie in it -- for the greater good of free speech, television and common sense.

But will it have the guts?

MTV has officially declined comment to all media outlets, but somebody there anonymously told the Times about "a flurry of meetings" Tuesday that debated cutting some of the show's more flagrantly provocative images, and that wondered "who [at Viacom] could possibly face criminal prosecution and jail time if the episodes were broadcast without changes."

According to the Times, MTV executives "are particularly concerned about the third episode of the series, which is to be broadcast Jan. 31. In an early version [of Episode 3], a naked 17-year-old actor is shown from behind as he runs down a street. The actor, Jesse Carere, plays Chris, a high school student whose erection -- assisted by erectile dysfunction pills -- is a punchline throughout the episode."

Here's the most important part of the Times story: "Child pornography is defined by the United States as any visual depiction of a minor engaged in sexually explicit conduct. In some cases, 'a picture of a naked child may constitute illegal child pornography if it is sufficiently sexually suggestive,' according to the Justice Department's legal guidance. Anyone younger than 18 is considered to be a minor. The youngest cast member on 'Skins' is 15."

Note the newspaper's suggestion that if an image seems as though it might be pornographic, that means it probably is pornographic, and could be treated as record of criminal activity even if it just appears to show sex. That seems to be the crux of both the PTC's belligerence and Viacom's knee-quaking fear.  We will return to it in a moment.

Over the past week, the PTC has declared MTV's "Skins" Family Values Enemy No. 1. The cable channel surely factored the reactions of the PTC and similar groups into its marketing  plan, deducing (quite reasonably) that when a series stakes its name on being disreputable, there's no such thing as bad publicity.

Last week the PTC declared the U.S. "Skins" "the most dangerous program for kids that we have ever seen." That's not just good publicity. It's perfect.

Then on Tuesday the group called on parents to boycott the show's main sponsor, Taco Bell -- and Thursday afternoon the chain caved to PTC pressure and yanked its commercials. I'd call this "mixed" publicity. Taco Bell's retreat will cost MTV money in the short-term. But the channel could recoup the loss long-term if "Skins" continues to generate ratings comparable to its Monday debut (3.26 million viewers). Besides, the takeaway from this event isn't that the PTC cost MTV a sponsor, it's that Taco Bell has Chihuahua-size gonads. The fast food chain's skittishness could end up hurting its bottom line if "Skins" fans decide to punish Taco Bell by eating at Chipotle Mexican Grill instead.

Yesterday looks, on first glance, like a devastating day for MTV. Thursday morning PTC called for the U.S. Department of Justice and the U.S. Senate and House Judiciary Committees to investigate whether the channel's parent company, Viacom, "knowingly produced material that may well be in violation of [several anti-child pornography laws]."

But how likely is a federal intervention, really? As far as I can tell -- based on reading relevant federal statutes and articles about obscenity and pornography, and talking on background to lawyers who deal with these kinds of cases -- it's not serious, if by "serious" you mean "the Justice Department might actually investigate MTV, accuse it of creating and distributing child pornography, and force it to defend itself in court."

From here the PTC's call for a federal investigation looks like a cynical publicity stunt, on par with MTV's factoring the inevitable gripes of family values activists into its P.R. campaign for "Skins." I can't see the executive branch validating that sort of silliness -- at least not right now, with the Obama administration enjoying a bump in the polls, and having no compelling political reason to expend valuable time and money, which could be spent going after actual child pornographers, harassing a cable program whose threats to the republic include a comic butt shot and a bunch of simulated sex scenes that frame out the performers' naughty bits.

Of course there's always a chance that some thickheaded publicity hound in Congress might try to score points with family values activists by going after MTV anyway, Justice Department endorsement or no.

But this scenario, too, sounds far-fetched, and it would accomplish nothing besides creating a real-life daytime soap opera. (That said, a congressional investigation of "Skins" could be great fun -- especially if MTV demanded to show footage during the hearings as "evidence," along with scenes from the English "Skins," Larry Clark's "Kids" and the 1997 "Lolita.")

Adult actors in mainstream, non-pornographic narrative films don't actually have sex on camera, for health, modesty and insurance reasons -- and because if disgruntled actors who had consensual sex on camera decided, for whatever reason, to tell their union representatives that a producer pressured them into it, the union could have the production fined or shut down.

Teen actors are subject to even stricter rules than adults. They can't even be on a set without adult supervision -- and not a single one of the under-18 "Skins" actors would be acting in the series if a parent or guardian hadn't signed a piece of paper saying it was OK. Unless it comes out that a stage parent forced one of the young actors to appear in "Skins" against his or her will, it's hard to imagine some lawyer or congressperson presenting MTV's dirty high school fantasy as the moral and legal equivalent of nasty Uncle Boo posting flip-phone images of child rape on the Internet.

The PTC's press release calling for federal intervention invokes sections of a 2008 pornography and obscenity statute. The most incendiary one appears to be 18 U.S.C. § 1466A (2008): OBSCENE VISUAL REPRESENTATIONS OF THE SEXUAL ABUSE OF CHILDREN. This part of the code defines as obscene any material that "depicts an image that is, or  appears to be [my italics], of a minor engaging in graphic bestiality, sadistic or masochistic abuse, or sexual intercourse, including genital-genital, oral-genital, anal-genital, or oral-anal, whether between persons of the same or opposite sex; and lacks serious literary, artistic, political, or scientific value."

Even the dumbest lawyer on earth could make a good case for "Skins" having compelling artistic value (even though, by consensus, it's not as strong a show as its English predecessor -- but that's a whole other discussion).

As for the "appears to be" part, it's right-wing-baiting, opportunistic language that keeps getting smuggled into federal obscenity and pornography statutes (such as the 1996 Child Pornography Prevention Act and other acts outlined in this excellent summary), only to be challenged and struck down for being specious, censorious, politically motivated crapola.

Filmmakers "appear" to depict all manner of unhealthy, immoral and illegal activities -- and sometimes they hire teen actors to enact the stories. But as long as nobody's actually committing violence, having sex (exuberant groping, rubbing and writhing doesn't quite count) or doing drugs on camera, modern government generally knows better than to waste the public's tax dollars and government employees' time punishing filmmakers for their fantasies.

Instead of nervously pressuring the producers of "Skins" to preemptively cut the racy parts, I'd like to see MTV and Viacom executives stand behind the show's creators, and tell the PTC -- and any federal authorities who decide to throw in with them -- "Screw you. This is a fictional series created by professional storytellers, and it's based on a long-running English show that raised a lot of hell but is widely thought to have artistic merit. Lawyer up. We'll see you in court. Or Congress."

The result could establish a legal precedent preventing this type of thing from happening again -- and reassuring filmmakers that when MTV says it wants boundary-breaking entertainment, it really means it, and will defend its people right on down the line.

I know: Talk about a fantasy.