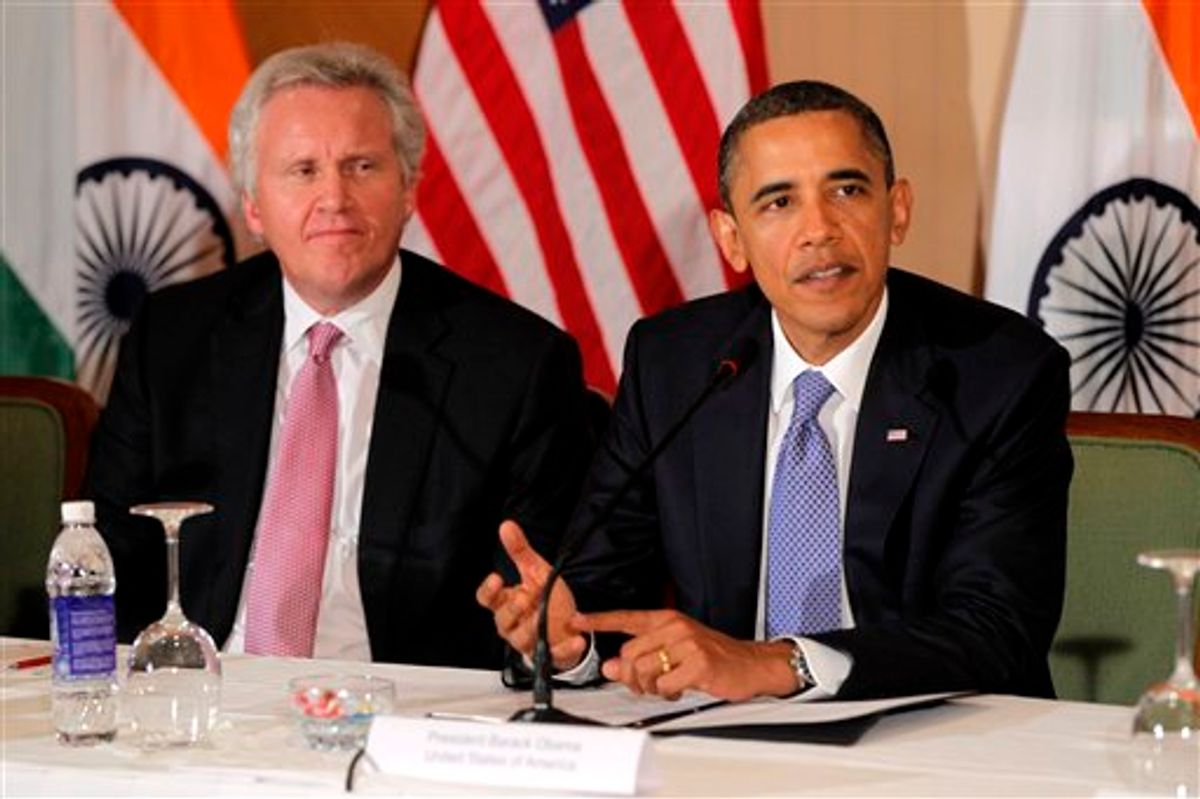 President Barack Obama is restructuring his economic advisory board to place an emphasis on job creation, and he is naming General Electric CEO Jeffrey Immelt as its new head.

The new board, called the President's Council on Jobs and Competitiveness, will replace the former Economic Recovery Advisory Board that had been chaired by former Federal Reserve Chairman Paul Volcker.

Obama announced late Friday that Volcker was ending his tenure on the panel when its mandate expires on Feb. 6.

The change signals Obama's intention to shift from policies that were designed to stabilize the economy after the 2008 financial meltdown to a renewed focus on increasing employment, a vexing task that could affect his re-election prospects. Obama, in a statement released after midnight, said the board's mission will be to help generate ideas from the private sector to speed up economic growth and promote American competitiveness.

"We still have a long way to go, and my number one priority is to ensure we are doing everything we can to get the American people back to work," the president said.

The advisory board has included past government officials and representatives from labor and the corporate world. Volcker has been a regular White House adviser, though the board itself has met infrequently with the president.

"Since my campaign for president, I have relied on Paul Volcker's counsel as we worked to recover from the worst economic crisis since the Great Depression," Obama said in a statement late Thursday. "Paul Volcker is not only one of the wisest economic minds in our country, he's an individual who has for decades fought for policies that help American families and strengthen our economy."

"I have valued his friendship and skill over the years, and I will rely on his counsel for years to come," Obama said.

Immelt was to join Obama in Schenectady, N.Y., Friday for an economy-related visit to a General Electric plant, where the president will showcase policies that have aided the multinational conglomerate. GE is a diversified technology, media and financial services company.

Immelt, a member of the economic recovery advisory panel, spelled out his goals for the reconstituted board in an opinion piece Friday in The Washington Post. In it, he called for a focus on manufacturing and exports, trade and innovation.

"The president and I are committed to a candid and full dialogue among business, labor and government to help ensure that the United States has the most competitive and innovative economy in the world," he wrote.

Immelt has been a White House ally since the start of Obama's presidency, though his political contributions tend to be bipartisan and he financially supported Hillary Rodham Clinton and Republicans John McCain, Rudy Giuliani and Mitt Romney during the 2008 presidential elections.

General Electric employees and their spouses, however, supported Obama over any other presidential candidate.