How will the internet giant fare when faced with the controversial new set of regulations? 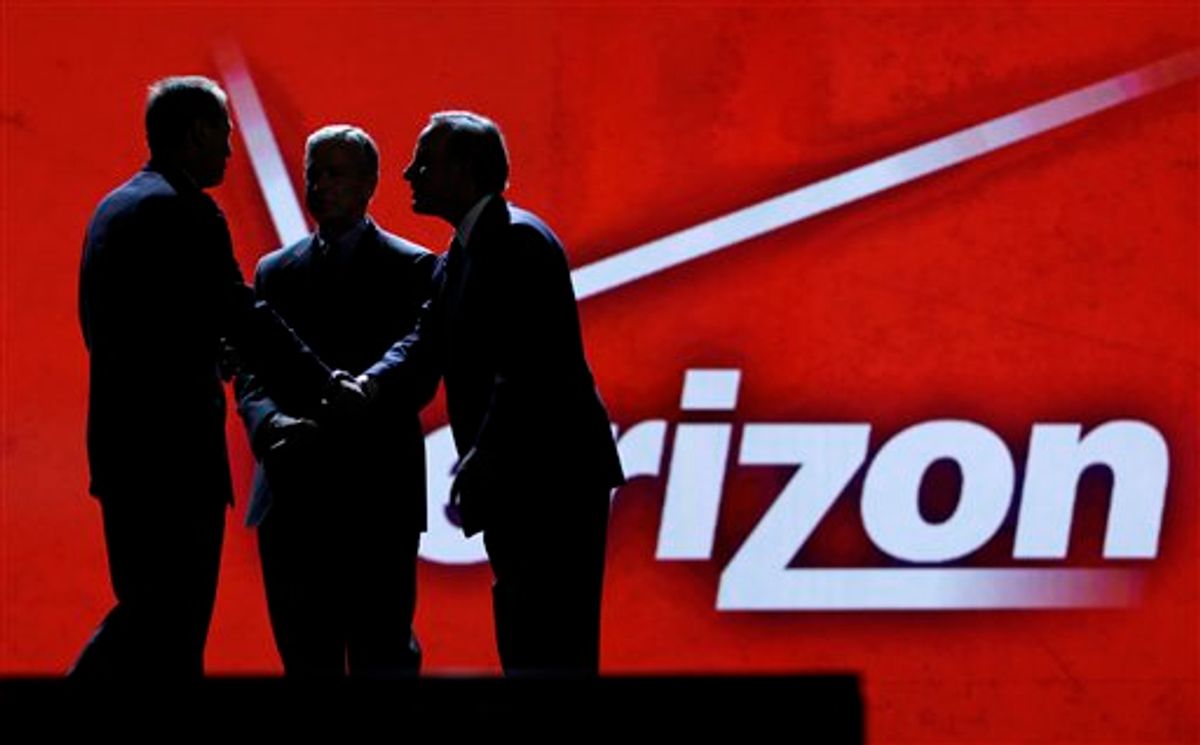 Verizon Communications Inc. on Thursday filed a legal challenge to new federal regulations that prohibit broadband providers from interfering with Internet traffic flowing over their networks.

In a filing in federal appeals court in the District of Columbia, Verizon argues that the Federal Communications Commission overstepped its authority in adopting the new "network neutrality" rules last month.

The rules prohibit phone and cable companies from favoring or discriminating against Internet content and services -- including online calling services such as Skype and Internet video services such as Netflix, which in many cases compete with services sold by companies like Verizon.

The FCC's three Democrats voted to adopt the rules over the opposition of the agency's two Republicans just before Christmas. Republicans in Congress, who now control the House, have vowed to try to block the rules from taking effect. They argue that they amount to unnecessary regulation that will discourage phone and cable companies from investing in their networks.

Several key House Republicans, including House Commerce Committee Chairman Fred Upton of Michigan, welcomed Verizon's actions Thursday as "a check on an FCC that is acting beyond the authority granted to it by Congress." The court challenge had been widely expected.

In a statement, Verizon said that while it is "committed to preserving an open Internet," it remains "deeply concerned by the FCC's assertion of broad authority for sweeping new regulation of broadband networks and the Internet itself."

The company is taking the case to the same federal court that ruled last year that the FCC had exceeded its legal authority in sanctioning cable giant Comcast Corp. The agency had cited Comcast for discriminating against online file-sharing traffic on its network -- violating broad net neutrality principles first established by the agency in 2005. Those principles served as a foundation for the formal rules adopted by the commission last month.

Last year's court ruling forced the FCC to look for a new framework for regulating broadband to ensure the commission would be on solid legal ground in adopting net neutrality and other rules. The agency currently treats broadband as a lightly regulated "information service," as opposed to phone service, which is more heavily regulated as a so-called "common carrier."

At one point, FCC Chairman Julius Genachowski proposed redefining broadband as a telecommunications service subject to common carrier obligations to treat all traffic equally. But he later backed down in the face of fierce opposition from the phone and cable companies, as well as many Congressional Republicans.

And he now argues that the agency has ample authority to mandate net neutrality under the existing regulatory framework for broadband -- an assumption that will be tested in the Verizon challenge.

A senior FCC official said Thursday that the agency is confident that its new net neutrality rules are legally sound and is prepared to defend them.

The rules represented an attempt to craft a compromise on an issue that has divided the telecommunications and technology industries. On one side, Internet companies such as Skype, as well as public interest groups, argue that strong rules are needed to prevent broadband providers from becoming online gatekeepers that can dictate where people go and what they do online.

But the big phone and cable companies insist that they need flexibility to manage Internet traffic to keep their networks running smoothly and preventing bandwidth-hogging applications from slowing down their systems. They also maintain that they should be able to charge extra for special services over their broadband lines and earn a healthy return on the billions of dollars they have spent on network upgrades.

New York-based Verizon is the country's fourth-largest fixed-line Internet service provider, with 8.3 million subscribers. It's investing more in home broadband than any other company, since it's upgrading about two-thirds of its local-phone network with optical fiber for ultra-fast Internet access.

The regulations adopted last month try to find a middle ground. The rules require broadband providers to let subscribers access all legal online content, applications and services over their wired networks. But they give providers flexibility to manage data on their systems to deal with network congestion and unwanted traffic, including spam, as long as they publicly disclose how they manage the network.

The new rules do prohibit unreasonable network discrimination -- a category that would likely include "paid prioritization," which favors the broadband providers' own traffic or the traffic of business partners that can pay extra -- but they do not explicitly bar the practice.

The regulations also prohibit wireless carriers from blocking access to any websites or competing services such as Internet calling applications on mobile devices, and they require carriers to disclose their network management practices, too. But they give wireless companies more flexibility to manage data traffic because wireless systems have less network bandwidth and can become overwhelmed with traffic more easily than wired lines.