The "Death Race" prequel that's better than it should be

The latest addition to the action franchise offers lots of cars, carnage and a surprising amount of male cleavage 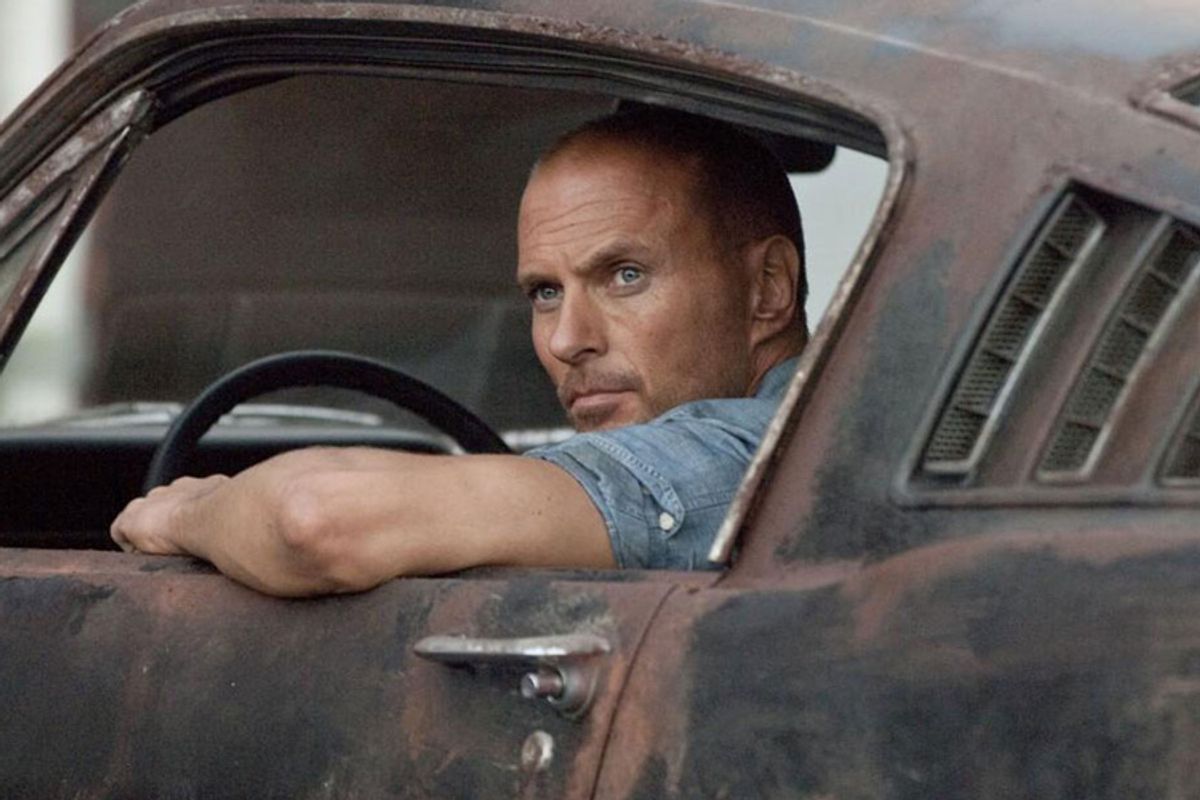 In 1975, Roger Corman produced "Death Race 2000," a subversive science fiction satire where David Carradine and Sylvester Stallone race customized muscle cars across the fascist America of the then-future and score points by running people over. Babies are worth 70 points; old people in wheelchairs are worth 100. The movie rattled around the drive-in circuit for years, eventually becoming Corman's most successful film. I saw "Death Race 2000" as a second feature when I was way too young to see Rocky Balboa squishing a guy's head under his steel belted radials. This probably explains a lot.

Three years later, Corman cranked out a sequel called "Deathsport" that was more of a rip-off of "Logan's Run," "Star Wars" and Tolkien than a follow-up to the original. David Carradine was back, but instead of driving a Corvette made to look like a dragon, he runs around in a loincloth and uses a Plexiglass sword to fight dudes on tricked-out dirt bikes. "Deathsport" didn't do as well as its predecessor. Corman blamed the bikes. In 2008, Universal remade the first film as "Death Race" with 21st century action hunk Jason Statham and Ian McShane. The remake had plenty of twisted steel, but nobody ran over any babies. This was mainstream Hollywood entertainment after all. And now we have "Death Race 2" coming to a Redbox or Netflix stream near you, and there isn't a two-wheeler to be found in this prequel to the remake. Yes, that's what we're reduced to in this 21st century gone mad -- prequels to remakes.

And "Death Race 2" isn't the only remake-prequel coming out this year. Universal will strip-mine this vein again in October with a feature-length prolog to John Carpenter's "The Thing" (1982) that will tell us a lot of things we already knew from watching the first movie (which is really the second movie). Not to be outdone, Fox's big June release will be "Rise of the Apes," an unwanted prequel to Tim Burton's much-reviled "Planet of the Apes" do-over. Meanwhile, Harlan Ellison's "'Repent, Harlequin!' Said the Ticktockman" and hundreds of other award-winning science fiction stories continue to go unused by Hollywood, kind of like solar panels on a Reagan White House.

But let's not be too hard on plucky little "Death Race 2" and its fleet of nitro-powered death machines equipped with Gatling guns mounted onto their hoods. Most of the thrills here are delivered the old-fashioned way with stuntmen rolling cars and teams of pyro experts blowing up half of Cape Town, South Africa (standing in for Los Angeles). Sure, there's still that required scene of a slow motion Luke Goss walking in front of a wall of fire via green screen, but when CGI does rear its high-def head, it's mostly to augment the real-world destruction of crumple zones pushed well past their breaking points.

"Death Race 2" takes place in the future, but unlike "Death Sport" and its radiation-scarred Year 3000, this movie's future is probably only three or four months away. After coverage of a prison riot on Terminal Island does monster ratings, September Jones, a disgraced Miss America turned newscaster with gravity-resistant boobs, convinces privatized prison CEO Weyland (Ving Rhames) to produce a reality show where convicts fight to the death. "That hatred that your inmates have is pure," Jones purrs, "it can't be duplicated." The result is "Death Match," "the most violent, most disturbing, most watched program in human history." But still, no babies are killed.

After killing a cop during a botched bank heist, getaway driver Carl Lucas (Goss) ends up on Terminal Island where he quickly befriends a roly-poly nerd named Lists (Frederick Koehler), whose job it is to spout off a steady stream of expository dialog, and Goldberg, "the last Mexican Jew," played by a frequently shirtless Danny Trejo. Even in the unrated version, we see much more Trejo's bare breasts than anyone else's, although the live audience for the death matches includes a good number of ladies from some nearby all-strippers facility. Eventually, the ratings for "Death Match" start to dip and "Death Race" is born with the prisoners racing around in Deadly Dodge Rams and weaponized Trans-Ams in order to win their freedom.

Unencumbered by character development or story logic, "Death Race 2" moves almost effortlessly from bloody death matches to fiery death races with never a dull moment. Director Roel Reiné puts together some solid action sequences just as he did in "The Marine 2," another straight-to-DVD follow-up (and my first Salon straight-to-DVD review) that's better than it has any right to be. Reiné's inability to just mail these things in will make him king of the straight-to-DVD sequels if he keeps this up. Jason Statham doesn't touch this movie with a 10-foot kendo stick, but Sean Bean (Boromir from "Lord of the Rings") shows up as a Cockney crime lord. To make things even more meta, in one scene Bean watches a clip from the original "Death Race 2000" where Carradine plows into doctors and nurses. Statham was too busy making "The Mechanic," a remake of a Charles Bronson assassin flick that'll hopefully begat a straight-to-DVD sequel directed by Roel Reiné in three years.