Eric Cantor: Obama is a citizen 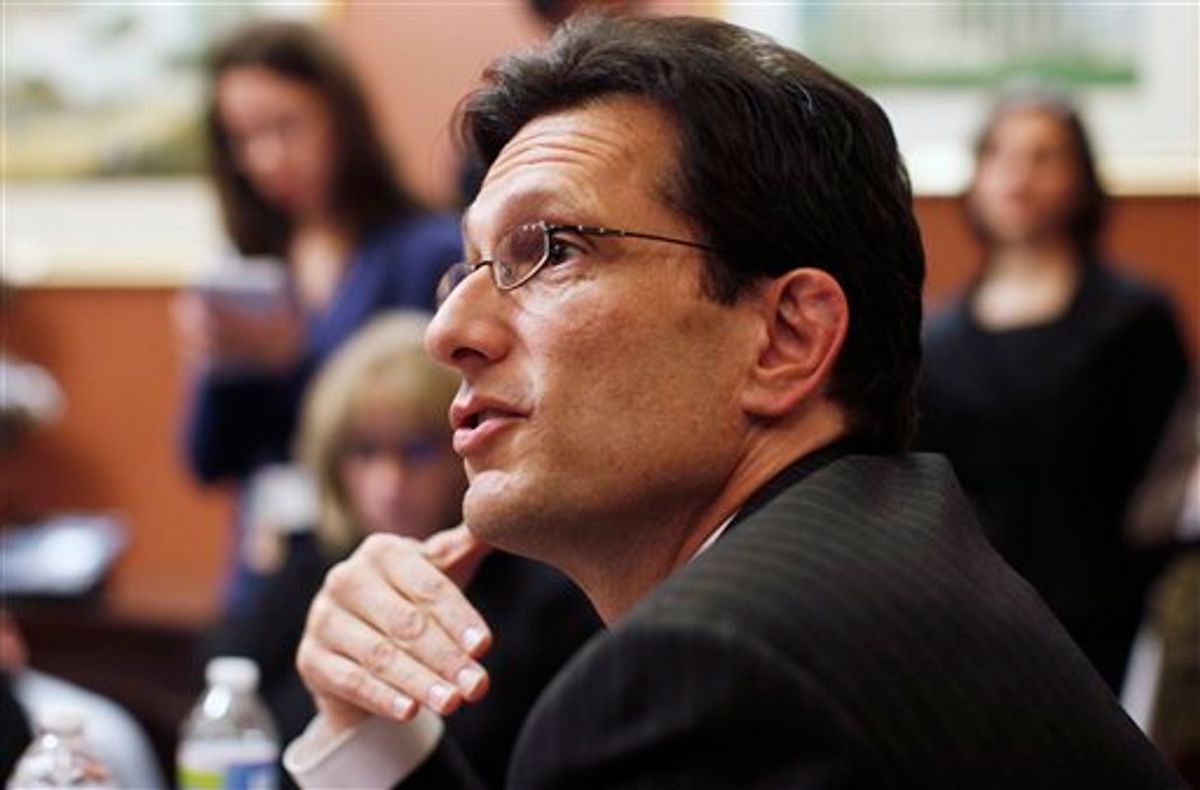 FILE- In this Jan. 4, 2011, photo, now House Majority Leader Eric Cantor of Va. speaks to reporters on Capitol Hill in Washington. Cantor on Tuesday, Jan. 18, 2011, promised a vote next week to back up the GOPs promise to cut spending for most Cabinet agencies back to the levels in place before President Barack Obama took office. Thats about $1 of every $6 that domestic agencies spend on their-day-to-day budgets. (AP Photo/Charles Dharapak, File) (AP)
--

The new Republican House majority leader says he doesn't think questions about President Barack Obama's citizenship should play a role in the discussion of policy matters.

Two years into the Obama administration, so-called birthers continue to argue that Obama isn't a natural-born citizen and that he hasn't proved he's constitutionally qualified to be president. Birth records in Hawaii haven't dissuaded them.

House Majority Leader Eric Cantor says he believes Obama is a citizen and that most Americans are beyond that question.

Appearing Sunday on NBC's "Meet the Press," Cantor refused to call people who question Obama's citizenship "crazy," saying it's not nice to call anyone crazy.

Cantor says he believes that Obama wants what's best for the country and that there are honest disagreements over how to achieve that.