"Harlem Is Nowhere": Travels in a city of dreams 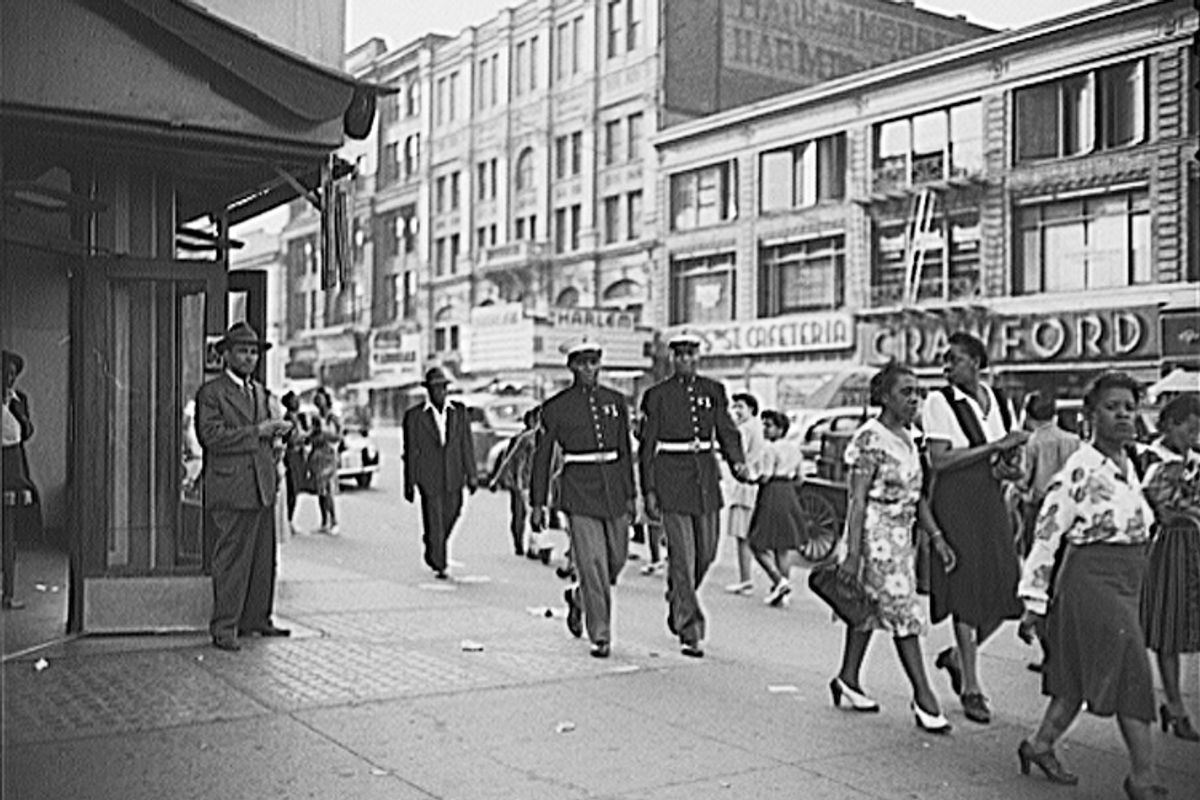 Any neighborhood worthy of the name is a kind of shared dream, and no neighborhood in America better illustrates this principle than Harlem. The place is, as the young writer Sharifa Rhodes-Pitts puts it in her new memoir, "Harlem Is Nowhere: A Journey to the Mecca of Black America," "the result of bigotry and exclusion" as well as "a proving ground for aspirations. It is a place that contracts one's possibilities, and a place where all things are possible."

Situated in the midst of the urgent, unfolding history of black America, Harlem has had plenty of historians and journalists to account for its facts: the famous writers, artists and leaders who lived there; the major events that transpired within its borders; the wonders achieved and the crises endured by its residents. Now it also has Rhodes-Pitts to account for its dream life, for what almost happened there but didn't and for what did happen but is only half-remembered, for what its people longed for and never got and for what they loved but could not hold onto.

Although its subject is quite different -- not to mention located a whole continent way -- the recent work that Rhodes-Pitts' memoir brings to mind is Judith Freeman's "The Long Embrace: Raymond Chandler and the Woman He Loved." Long, dreamy passages of that book are given up to describing how Freeman drove around Los Angeles, looking at buildings Chandler once inhabited or frequented, or sometimes just staring at the former sites of such buildings, trying to reach a past that seems at once close and utterly unreclaimable. These, strangely enough, are the most enthralling parts of "The Long Embrace," the ones that best evoke Freeman's lonely, enigmatic subject and the city whose moods he captured so well.

Born in Texas, Rhodes-Pitts grew up romanticizing Harlem, particularly the Harlem Renaissance of the 1920s, where African-American intellectuals and artists congregated to create a new vision of what it meant to be black in America. As a teenager, she loved to read novels whose characters arrive in Harlem prepared to launch a brand-new life, caught up in an "irresistible trajectory -- an outward, upward momentum." When she moved there herself, embarking on a career as a journalist, she was "going to meet a place I had already filled with so many expectations."

Perhaps because the most famous aspects of Harlem were already jam-packed with her expectations and everyone else's, Rhodes-Pitts found that she wasn't making the obligatory pilgrimages -- to Langston Hughes' house, for example. Instead she was nosing around the edges, talking to the old ladies who lived next door and to a man who wrote inspirational messages to the neighborhood's children in chalk on the sidewalk. She wandered the streets and struck up conversations. "Harlem Is Nowhere" meanders flagrantly, but Rhodes-Pitts is one of that rare breed of writer who, on the strength of her hypnotic voice and idiosyncratic thinking, can turn every sentence into a crooked finger, impossible to resist.

She discovered that a building she walked by all the time was once the site of the Gumby Book Studio, a 1920s literary salon run by a man named L.S. "Gumby" Alexander, who specialized in collecting "Negroana" (clippings, pictures, playbills) into scrapbooks. She recognized in the tattered remnants of Gumby's collection (most of it was destroyed after being stored in a damp basement, but a library at Columbia has what survived) "the brilliant and strange production" of a supreme artist of "preservation." Her wanderings also led her to investigate the funeral portraits taken by James Van Der Zee, photographs of the dead in their coffins, commissioned by their surviving relatives, and the little shrines and memorial items Harlemites place at sites on the street where a loved one has died.

She also lingers in front of the townhouse that once held the African-American Wax and History Museum. The museum was the creation of Raven Chanticleer, who claimed to be a Harlem native, the son of a Haitian school principal and a Barbadian concert pianist, when he was actually born a laborer's son in South Carolina. (Chanticleer did, however, attend the legendary 1971 fight between Muhammad Ali and George Frazier wearing "an ermine and chinchilla cape and leopard skin briefs.") Where Chanticleer's exhibits -- "dedicated to the famous figures of black history" and including likenesses of Michael Jackson, Malcolm X and Nelson Mandela -- are today is a mystery.

Rhodes-Pitts even submits to being quizzed on black history and lectured on her duty to go to West Africa to make sure the people there "get in line" with the policies of Carlos A. Cooks, founder of the African Nationalist Pioneer Movement. Both quiz and lecture are delivered by one of the few remaining members of the movement, yet another band of idealists whose plans (perhaps fortunately) never quite panned out. Still, like the New Black Panther Party and such fringe religious groups as the Nation of Gods and Earths, what's left of the ANPM are keeping the faith after their own fashion. These people are like Gumby's scrapbooks: traces of the past that Rhodes-Pitts perceives to be ever slipping away. She is almost always willing to stop and listen and take notes before it's all gone forever.

It's no surprise, then, to learn that when Rhodes-Pitts wasn't poring over the archives at the New York Public Library's Schomburg Center for Research in Black Culture she was involved in a (doomed) campaign to stop the building of luxury condominiums on 125th Street. Gentrification has replaced "urban blight" as the most insidious threat to the glorious "conundrum" of Harlem. In a way "Harlem Is Nowhere" is a ghost story, whispering to the world that the Harlem of its dreams is going, going, gone and the Harlem that's now here (as opposed to "nowhere") will likely soon follow. Catch it while you can.

Books Memoirs New York Our Picks Race What To Read