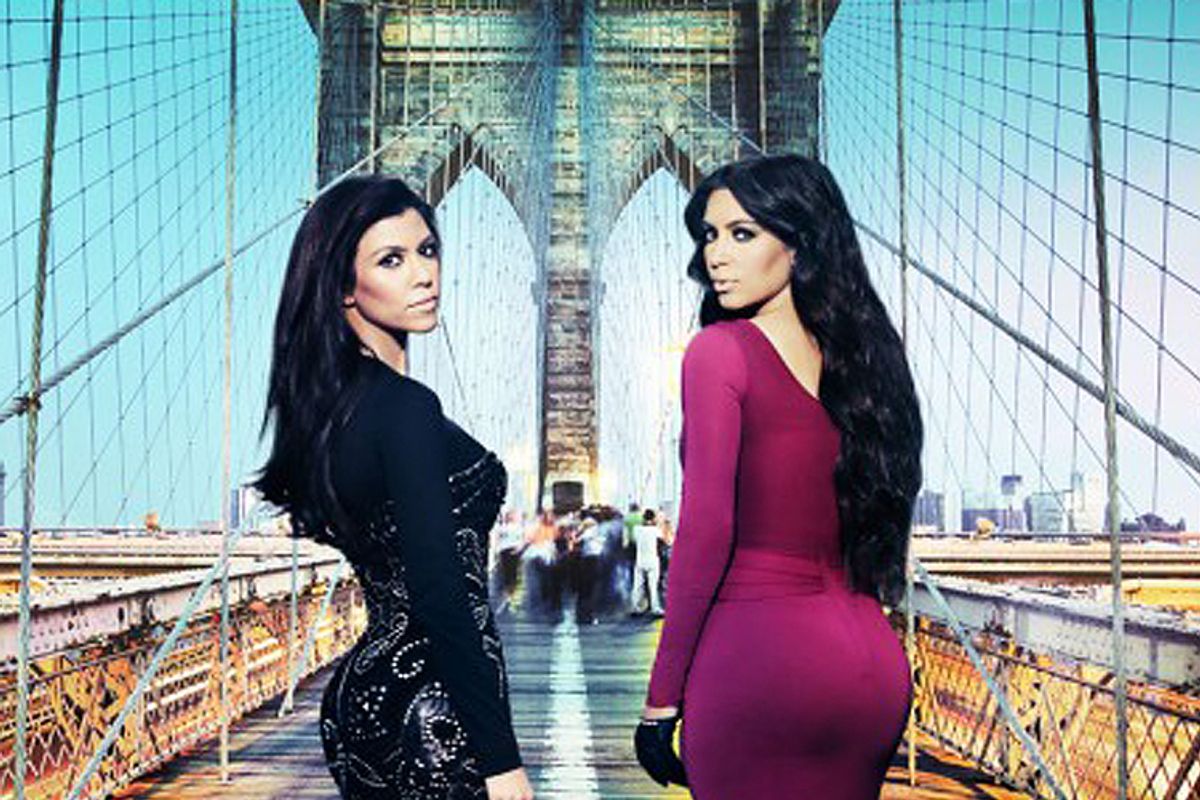 Last night marked the premiere of "Kourtney and Kim Take New York," on E!, in which the two Kardashian sisters travel to the Big Apple to launch a new store for their clothing company. Open Salon's Andrea Higbie watched:

In essence, "Kourtney and Kim Take New York" is one big commercial, with the occasional distraction of stilted dialogue and supposedly climactic speeches delivered in the rushed, staccato tones of someone memorizing a chunk of unfamiliar thought, and spouting it out as unconnected words.

The sisters make the pilgrimage to New York from Calabasas, Calif. -- their big, blended family homestead and site of their boutique, Dash -- to open a third Dash in SoHo. What about a second Dash, you wonder? Wonder no more.

The second Dash was opened in the first season of the first "Keeping Up" spinoff, "Kourtney and Khloe Take Miami," in 2009. (And there's more! Khloe Kardashian and her husband, Lamar Odom, the Los Angeles Lakers forward, are doing their own reality show, "Khloe and Lamar.")

A new Skechers Shape-Ups commercial featuring Kim and Kris Jenner -- who ever pines to be part of the act -- will be broadcast during the Super Bowl. Meanwhile, the contract with Quick Trim paid handsomely in dollars and lost pounds (generating even more publicity), and Kim showed the world the most sensual way to devour Carl's Jr. hamburgers.

Rob Kardashian, Kim, Kourtney and Khloe's brother, and half-brother of Kris and Bruce Jenner's daughters, Kylie and Kendall (now training to be a model), has been offered $45,000 to pose in Playgirl, as Bruce Jenner had, a lifetime ago and for a lifetime's less money.

Kim, like her mother, also has producing credits on E!, with "Spin Crowd," about her now beholden-for-life friend Jonathan Cheban's public relations company and all the people he antagonizes in his every waking moment), and, oh yes, she took part with her sisters in their autobiography, "Kardashian Konfidential."

No flies on any of them.

It's all happened in such a short time, since 2007, when a certain sex tape featuring Kim and Ray J found its way to infamy. Since that time, layer upon layer of wholesome deeds and words have just about extinguished its negative impact.

Andrea Higbie, a former writer and editor for The New York Times, has also written for People, Salon, Allure, Glamour, Redbook, Ladies' Home Journal and many other publications.