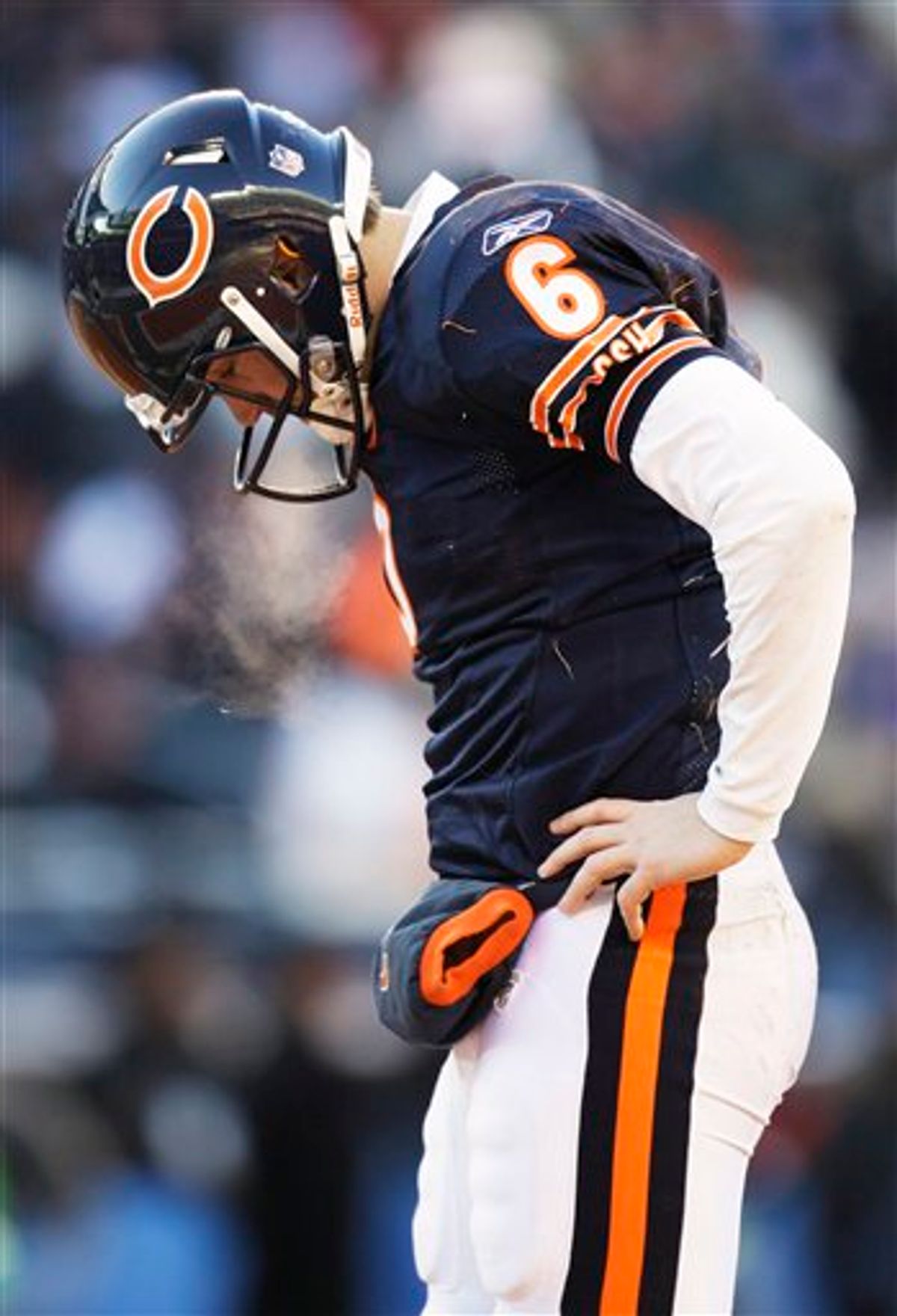 Chicago Bears quarterback Jay Cutler looks down after being hit while throwing a pass during the first half of the NFC Championship NFL football game against the Green Bay Packers Sunday, Jan. 23, 2011, in Chicago. (AP Photo/Nam Y. Huh) (AP)
--

Chicago quarterback Jay Cutler had a bit of a loutish reputation that preceded his blowtorch arm. Then he led the Bears to this postseason, prompting Chicagoans to rally behind. Yesterday, he tweaked a knee, and slinked off the field. Mass "quitter!" accusations fueled an angry Chicago fire that set his jersey ablaze. It happens all the time: Fans abandon a losing athlete, then crave moral superiority to the guy they used to live through.

Chicago nearly came back by the grace of third-string quarterback Caleb Hanie, but his game-ending interception killed a cockle-warming narrative. Superstar Packers QB Aaron Rodgers had a mediocre day of it, so if he regresses to the mean two weeks from now, he'll be transcendent.

Jets players spent the first half in a lethargy fugue. New York was better in latter stages, nearly climbing back up until Ben Roethlisberger kicked away the ladder. "Big Ben" escaped the pocket on two decisive completions, causing Jets coach Rex Ryan to throw a headset like it was an attacking tarantula.

With the checkered Roethlisberger on his way to yet another title game, let us ditch our "victory equals virtue" myth. True, he was never charged in those two sexual assault scandals, but there’s enough non-courtroom evidence to prove massive personality flaws.

At the end of it all, the Super Bowl will host famous teams, excellent quarterbacks, and a compelling hero (Aaron) vs. villain (Ben) subplot. Enjoy.