Suddenly, the GOP loves the economy

The best proof that the jobs market is improving? Republicans want to take credit for it 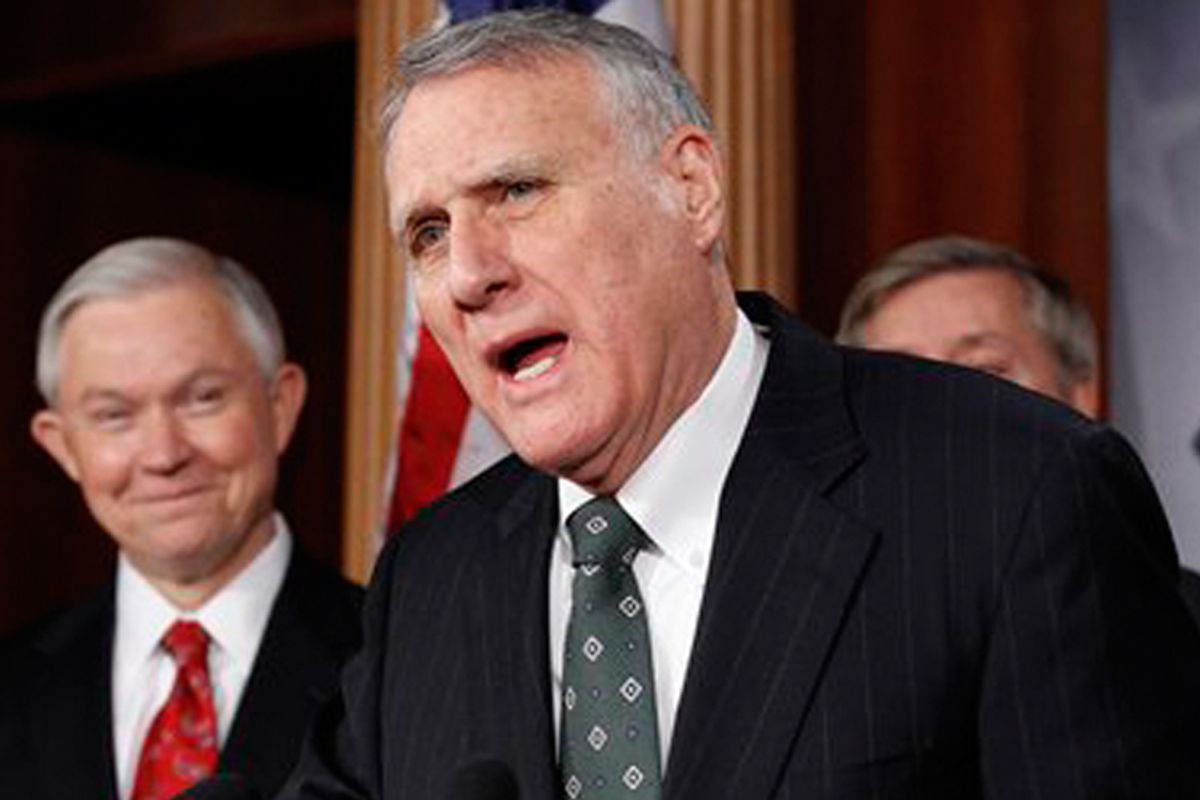 The news that Republicans are taking credit for the recent upturn in the economy is annoying, but hardly surprising. When you win an election, you get to say whatever you want, and there's no denying the truth of the following two statements: The Republicans won the midterm elections, and the economy has been improving for the last several months.

The Republican argument, as explained by Arizona Sen. Jon Kyl, is that the election results combined with the tax cut deal injected a new sense of "certainty" into the economy, which immediately translated into job creation. How you evaluate that thesis depends in part on whether you think companies make their hiring plans according to their future expectation of what taxes will be like or on the much more pressing question of whether they need more workers to satisfy current demand. But a closer look at the numbers also undermines the GOP thesis. In 2010, new jobless claims benefits peaked in August, and then started a more or less steady decline, long before the election or any tax deal. A score of other economic indicators started flashing the green light around the same time. It all came too late to help Democrats in the midterm elections, but the change was there to see nonetheless.

However, objective truth means little in politics. The speed with which President Obama inherited responsibility for a disaster not remotely of his own making tells us all we need to know about who gets blame, or credit, for what's happening in the economy. As the economy continues to improve, Republicans will claim more and more credit, and many people will believe them. A full recovery might even help bolster the truly big lie, pushed by people like Newt Gingrich and Grover Norquist, that the entire financial crisis should be blamed on the fact that Democrats took control of the House and Senate in 2006.

If you're willing to believe that, then you deserve the dysfunctional government you are going to get. But there is one silver lining: The White House tends to get a larger share of the blame, or credit, for whatever happens in the economy than Congress. So while the Republican clamor of self-congratulation will grow louder and louder with each tick downward of the unemployment rate, most of that will get tuned out, while Obama's reelection chances slowly improve. And for every Democrat annoyed at Republicans' taking credit for economic growth, there will be plenty of Republicans who are driven mad by the fact that the White House, deserved or not, will benefit more.

How The World Works The Republican Takeover Unemployment U.s. Economy