A month after every Democrat signaled support for changes to the cloture rule, everyone gives up 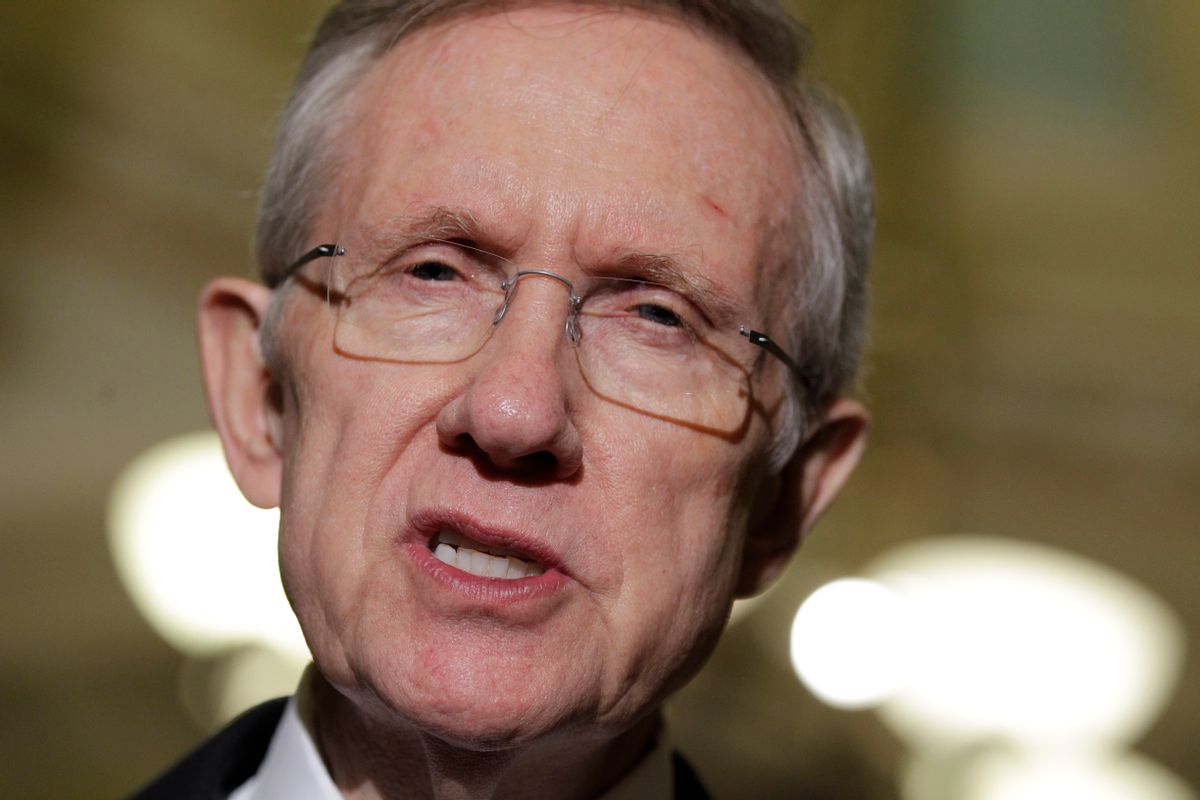 FILE - In this Jan. 6, 2011, file photo Senate Minority Leader Harry Reid of Nevada speaks to reporters on Capitol Hill in Washington. Asked on NBC television's "Meet the Press" being aired Sunday, Jan. 9, 2011, if he believes the tea party will be a lasting political force, Reid said the movement emerged because of the country's economic problems, that the tea party will no longer exist when the economy improves, and that the economy is getting better every day. (AP Photo/Charles Dharapak, File) (Associated Press)
--

A reasonable and popular measure with the support of a majority of senators has quietly died for no good reason, and the Senate's very first official legislative "day" of the new Congress has not even finished yet. (Did you know that the Senate's been in the middle of this one legislative day since Jan. 5? It's true!) This time, the victim was Senate rules reform, because an attempt to deal with the unintended consequences of the previous stab at rules reform was deemed to be a violation of the rights of the minority as not at all enshrined in the Constitution, which doesn't mention filibusters.

It is actually amazing how quickly this collapsed. One month ago every single Senate Democrat signed a letter in support of reforms of the cloture rule. Tom Udall's proposal would not have even killed the filibuster; it would've just forced 40 members to stay on the floor to sustain it, instead of one guy declaring filibuster and everyone pacing for 30 hours.

The Washington Post story on the end of the reform push actually correctly notes that the current Senate rules date back not to the days of the Founders, but to 1975, when the rules were changed because racist Southerners kept filibustering civil rights legislation.