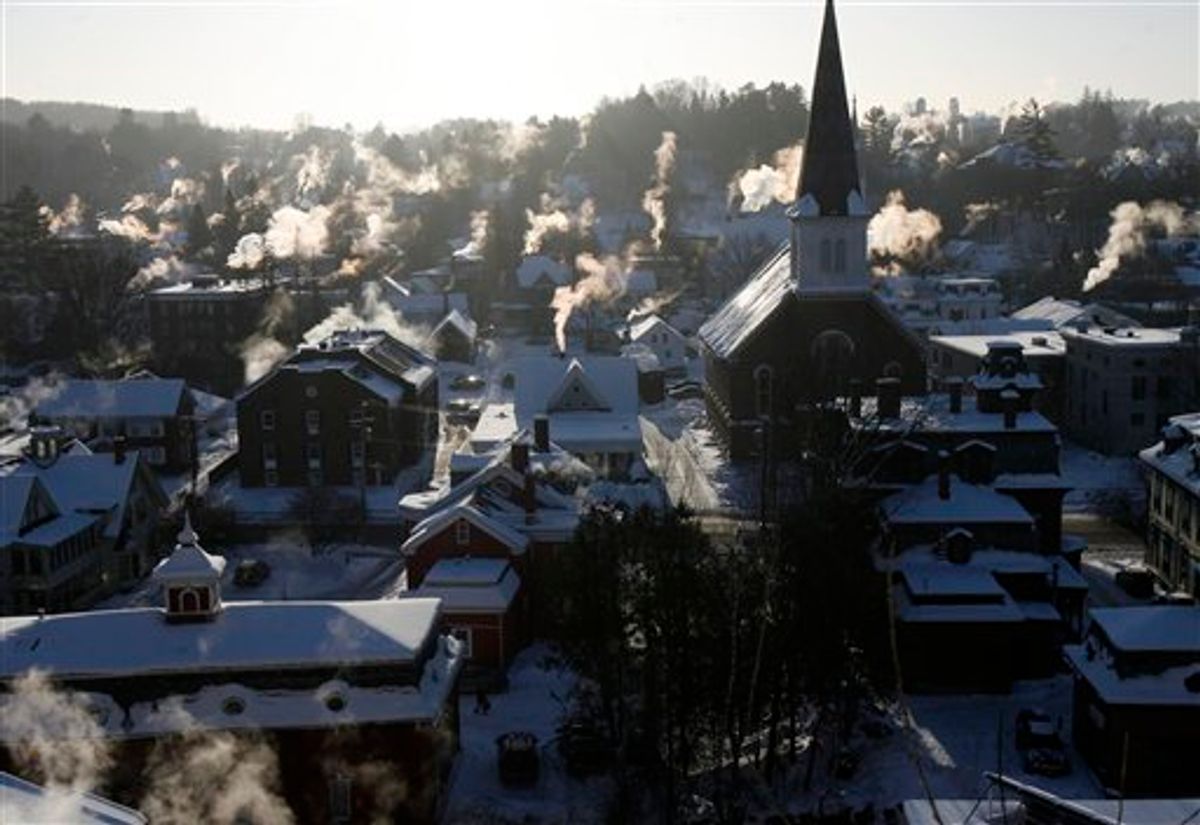 Steam rises from chimneys on Monday, Jan. 24, 2011 in Montpelier, Vt. Bone-chilling cold has prompted schools around the Northeast to delay openings and some canceled classes altogether on Monday. (AP Photo/Toby Talbot) (AP)
--

In Lebanon, N.H., a homeowner thawing frozen pipes with a torch in the basement set an 11-unit apartment building on fire. It was minus 20 Monday morning when the torch set the fire, which spread quickly. No injuries were reported, but several pets were missing.

Four apartments were severely damaged, two suffered moderate damage, and the remainder of the units had only smoke and water damage.