Wisconsinites don't stop loving brats just because it's too cold for grilling. Or beer, for that matter 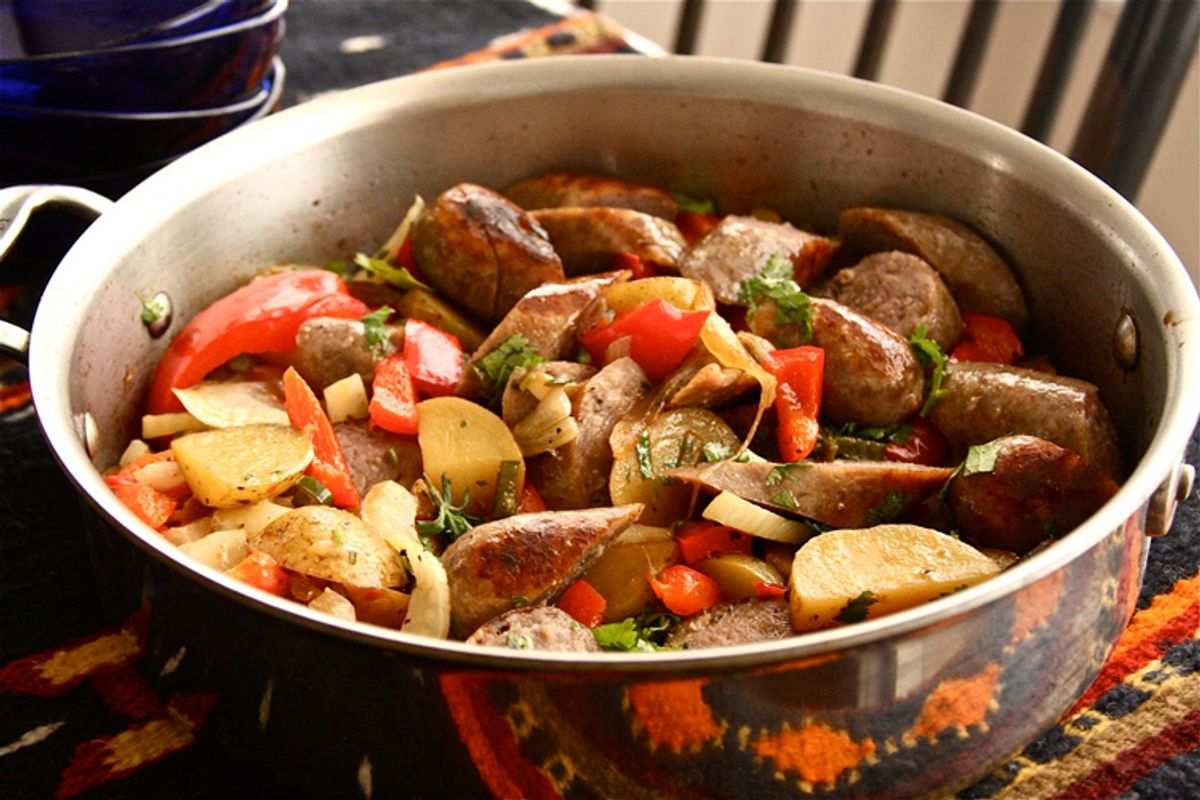 Throw me a brat and a brew, and I'll tell you a thing or two about Madison, Wis., where I learned to consume both in liberal quantities. Ha! Here comes the revelation of my vintage, another ol' boomer, coming of age in those heady years of campus "unrest" (as it's euphemistically recalled) during the late '60s and early '70s.

My adult sons never seem to tire of hearing tales from the Vietnam antiwar era, the battle cries of the flower children, the student rallies on Bascom Hill, the marches up State Street to the Capitol building, the student strike that brought in the National Guard and shut down the university in the wake of the Kent State shootings in the spring of 1970. "Tell us again, Ma, how many times were you tear-gassed? No, really? And what were you thinking in a student picket line in front of the library?"

The library! Of all places for an English major to protest. I was there 40 years ago, and to this day, that's a political action of which I'm not particularly proud. Hell, no! We didn't go.

Fast-forward: Today the touristy and chirpy State Street Brats, a sports bar and grill, bears little resemblance to the Brat Haus of my memory, a Madison institution, serving brats, cheese curds and beer since the '30s, 40 years before I set foot through its doors.

Forty years. In a blink, there it is: a biblical expanse of time, not to mention, the span between the two "True Grit" movies. Down in a bite. Gone in a swallow. And back in vivid memory, as I unwrap a six-pack of brats today. So ...

While I concede that Best Brats Ever are grilled, January is generally not grilling season in Michigan. The current temperature is 3 degrees Fahrenheit, and I am not about to step outside to de-ice my grill. What I have in mind for you is an improvisation more suitable to the weather conditions, a recipe of my own invention with beer and brats and (sorry, guys) fresh veggies. I call it: