Putting down the vet clinic I loved

When our California community hit hard times, so did its pets 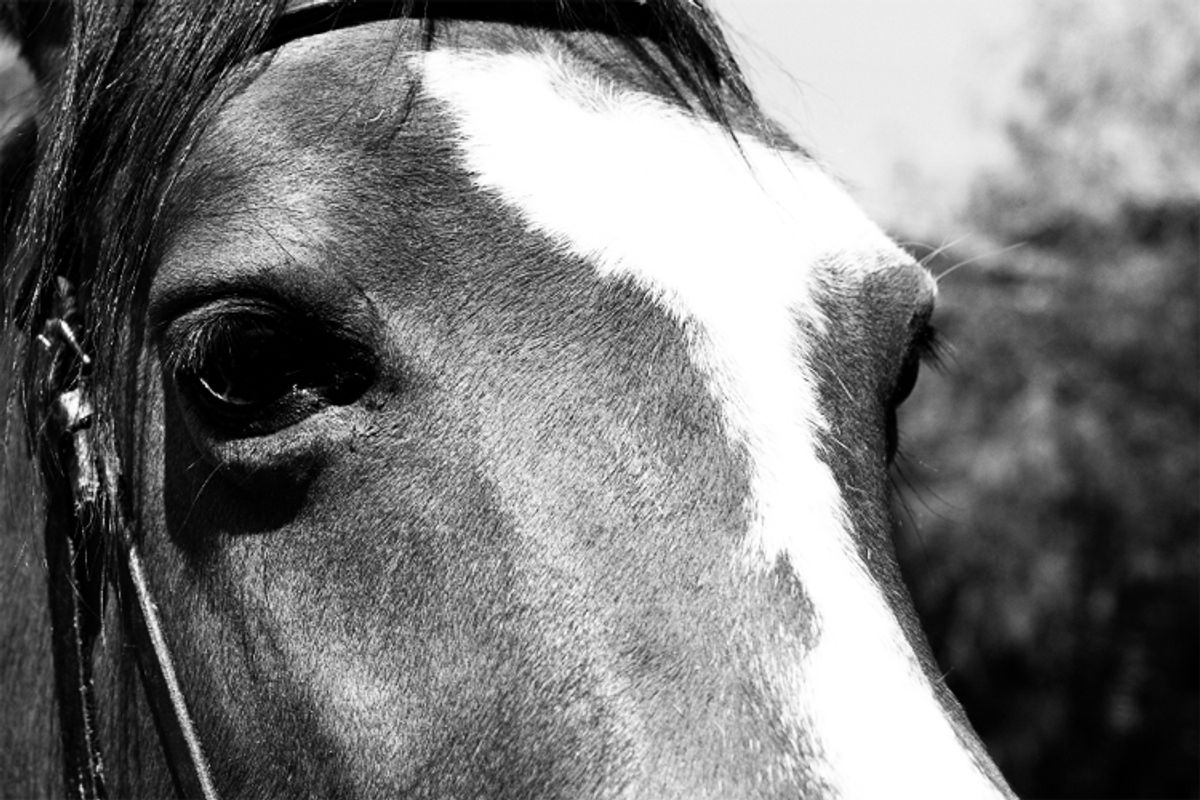 We sealed the envelopes yesterday. I commented to our technician and our office manager that it felt like euthanasia, a really prolonged euthanasia. As I slid the moistened sponge across the gummed edges, I felt my mind detach in the same way it does when I draw Pentobarbital into a syringe. Except, this time the death hit closer to home; we were serving the execution notices on our own jobs.

Conventional wisdom has held for decades that veterinary medicine is a "recession-proof career." I think, on a profession-wide scale, this may be true, but not with large animal vets. In hard times, people may continue to seek the same level of care they always have for a dog or cat whose upkeep may total $40/month. But when the animal in question is a horse, boarded for hundreds of dollars a month and whose value has plummeted, or a cow, when feed costs are sky-high, reality dictates cutbacks -- yes, even to veterinary care.

The letters will go into the mail today, white envelopes fluttering in a mass migration to people who have lived alongside our practice for over 30 years. As I sealed them, I flipped the occasional letter over and glanced at the address before placing it on the stack. My mind drove to these addresses: That's where the horse went through the fence; he gave me his wife's chocolate chip cookies after I put that prolapse back in; she fostered those horses that SPCA seized from the crazy woman who turned the foals and stallion loose onto the levee so we couldn't take them. Some of the names were unfamiliar -- out-of-state addresses, people seen once at a show, or those who had horses at a local training barn. But other envelopes, most of them, bore names so familiar that I can tell you the layout of the property, the types of flowers in the yard, the names and ages of their children and dogs. There were some "bad clients" in the bunch: slow pays, bounced checks, angry shouting, impossible demands, dangerous animals. However, most of the names belonged to good people: people who listened, who wanted the best for their animals, who sacrificed vacations to pay their bills and treat their livestock, people who knew in their bones or who learned through experience the true meaning of labor.

The letters say everything anyone needs to know. This was an "economic decision." In its own way, our practice was a walking dinosaur, extinct for years without knowing it. We were the last of the "James Herriot"-style large animal practices in our area: several doctors, primarily mobile, with a mixed clientele, treating "anything with hooves." The modern trend in veterinary medicine is one of increased specialization. Few practitioners treat all species, and even our model of dividing our patients into "small animal" (dogs, cats, birds, pocket pets) and "large animal" (horses, cattle, small ruminants, pigs, camelids) is outdated. Most "large animal" veterinarians focus on one species exclusively, usually horses or cattle. The practice model is either the solo practitioner working solely out of a truck to keep overhead down, or the glossy, multiple-doctor, referral hospital. Our earnest group of general practitioners with one technician, one receptionist and three trucks was a quaint relic of a different era. Neither fish nor fowl, we were a monument to a time and community that no longer exist.

When I started with this practice, nearly 10 years ago, many of our clients were small ranchers or other agriculture professionals. These people held a lifetime of experience raising animals, and while their DIY nature meant that we would never become wealthy from them, they were a solid, reliable clientele. As real-estate prices in Sacramento County soared, many landowners "cashed out on California," selling to developers and leaving the state. The century-old ranch where I, seven and a half months pregnant myself, once jumped the fence to help a mare deliver her foal is now a gravel pit. The face of our client changed from sun-lined and freckled to polished and plucked.

Our client was now the Silicon Valley refugee, who had sold his Bay Area home for a ridiculous price, purchased a two-acre "ranch" for an equally ludicrous sum, and decided to "raise something." Our client became the post-menopausal woman whose children and husband had grown up and left home and who had transferred her affections and energy into a destructive relationship with a "bad boy" horse, usually an untrained colt. We adapted to the changes, answered seriously the calls that began with "I had a psychic talk to my horse," and began to enjoy our new role as agricultural advisors. We focused on client education and preventive care. We watched children grow from grade-schoolers to college students. As we treated animals, we listened to stories of illness and loss, divorce, triumph, birth and death. Some days I felt more like a counselor than a veterinarian. And then the community shifted again.

We existed in symbiosis with the community, and as social and economic pressures forced change upon the community, that symbiosis began to fail. South Sacramento County, with its pre-2008 real estate boom and proximity to the state capital, was devastated by the recession. Many of our clients worked in real estate or for the state, and the rest had jobs dependent upon both markets. With lawns polka-dotted with foreclosure signs, and furlough Fridays, bank accounts dwindled even as prices of hay, corn and diesel skyrocketed.

In 2005, our practice supported five veterinarians (all but one full-time) and grossed over $1 million. In 2010, two of our remaining three vets had dropped to part-time work, the third following suit by fall, because there was not enough work to support more than one doctor working on any given day. Our gross last year was around $400,000. We tried newsletters, educational field days, dental discounts, vaccine clinics. Veterinarians and staff alike cut our own hours, trying to reduce the overhead, to give each practitioner equal business. We took every emergency we could, tending our patients in the dark and in the rain. It wasn't enough. Our doors will close at the end of business on Feb. 28.

"What will you do?" family and close friends have asked me. I have neither the capital nor the credit to start up my own practice, and at age 40, with three children, a stiff hand from a recently healed fracture, and joints that ache through the winter, I find that the life of a solo practitioner holds little appeal. Friends tell me about stories on the shortage of large animal veterinarians: a newspaper article here, a public radio piece there. This is old news. Fewer and fewer of us elect to treat livestock each year. Yet, somehow, the shortage of new graduates entering large animal practice has not, in recent years, translated into more job opportunities for the rest of us.

I am updating the résumé I haven't needed in nearly a decade, bound as I was to a job that I've worked through two pregnancies and years of a 150-mile round-trip commute. I will write, picking up freelance articles where I can. I will take whatever work I must in order to keep my children in their school. And I will mourn. I will mourn a job that was more than a job. I will mourn a job that fulfilled a lifelong dream, a job that taught me to reach beyond every limit I had, to strain every muscle, brain cell and ounce of courage to get the work done, a job in which I learned that my purpose was not to treat animals, my purpose was to make someone's day better, or at least, not quite so bad. I will mourn the dissolution of our close-knit, dysfunctional "family," these people with whom I have worked, laughed, cried and cursed for so many years. And I will mourn for the clients who, when they open those envelopes, will wonder, "Now who do we call?"

Christy Corp-Minamiji is a writer and veterinarian living in Davis, CA. Her articles and essays have appeared in THE HORSE magazine and at Salon.com. She can be found at her blog and her website when not chasing after her children.