It may not make it through the Senate this time around, but they'll just keep trying until they get their way 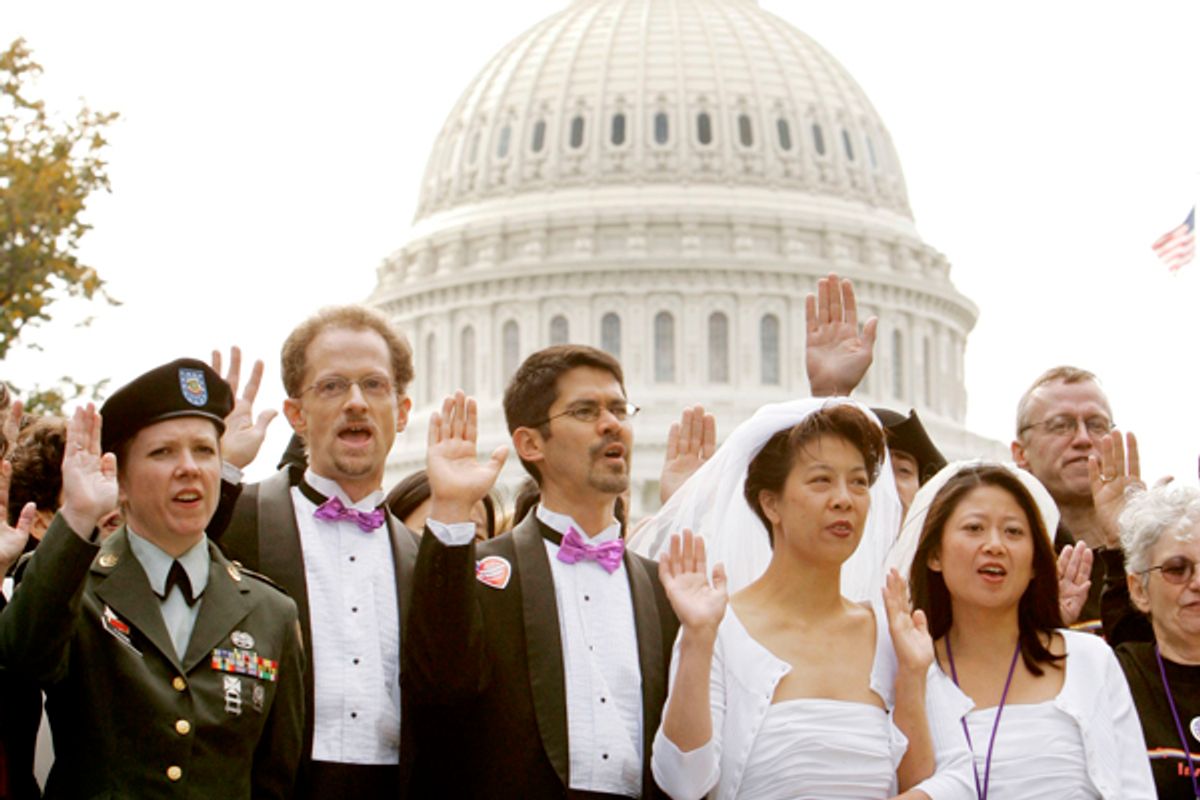 Same sex couples are sworn-in as "Love Warriors" during a rally at the U.S. Capitol, during a cross country tour of the Marriage Equality Caravan 2004 in Washington, October 11, 2004. Same sex couples whose marriage licences were invalidated pending ongoing litigation in California are traveling across the United States to support recognition of civil marriage of same sex couples. From left, are: Former-U.S. Army Sgt. Jacqueline Frank of Akron, Ohio, John Lewis and Stuart Gaffney of San Francisco, and Jeanne Fong, and Jennifer Lin of Emeryville, California. REUTERS/Larry Downing LSD/SV (Â© Reuters Photographer / Reuters)
--

Our Tea Party overlords in the House of Representatives are a new breed of Republicans, who've rejected the divisive social issue of the past, and who are focused solely on restoring limited, constitutional federal government. Also, they are going to ban gay marriage in Washington, D.C., because it's gross.

As surprisingly few Americans know, Washington, D.C., despite being a bustling metropolis with a larger population than the entire state of Wyoming, has no voting representation in Congress, and Congress has ultimate control over the governance of the city. So when Republicans take control of Congress, they really enjoy screwing with the town, which is full of liberals and minorities.

Ohio's Jim Jordan, the chairman of the Republican Study Committee, says he'll push for a vote to ban gay marriage in the district.

Washington began performing and recognizing same-sex marriages last year, despite the best efforts of national conservative groups, but Congress could end the practice at any point. Jordan sponsored a gay marriage ban in the last Congress. While the new Republican House would likely pass the ban, it probably wouldn't go anywhere in the Senate. Which just means that the Republicans will have to wait until they take the Senate.