What if they hold a presidential debate and no one shows up?

It's happening in three months, but the GOP doesn't have any official candidates yet 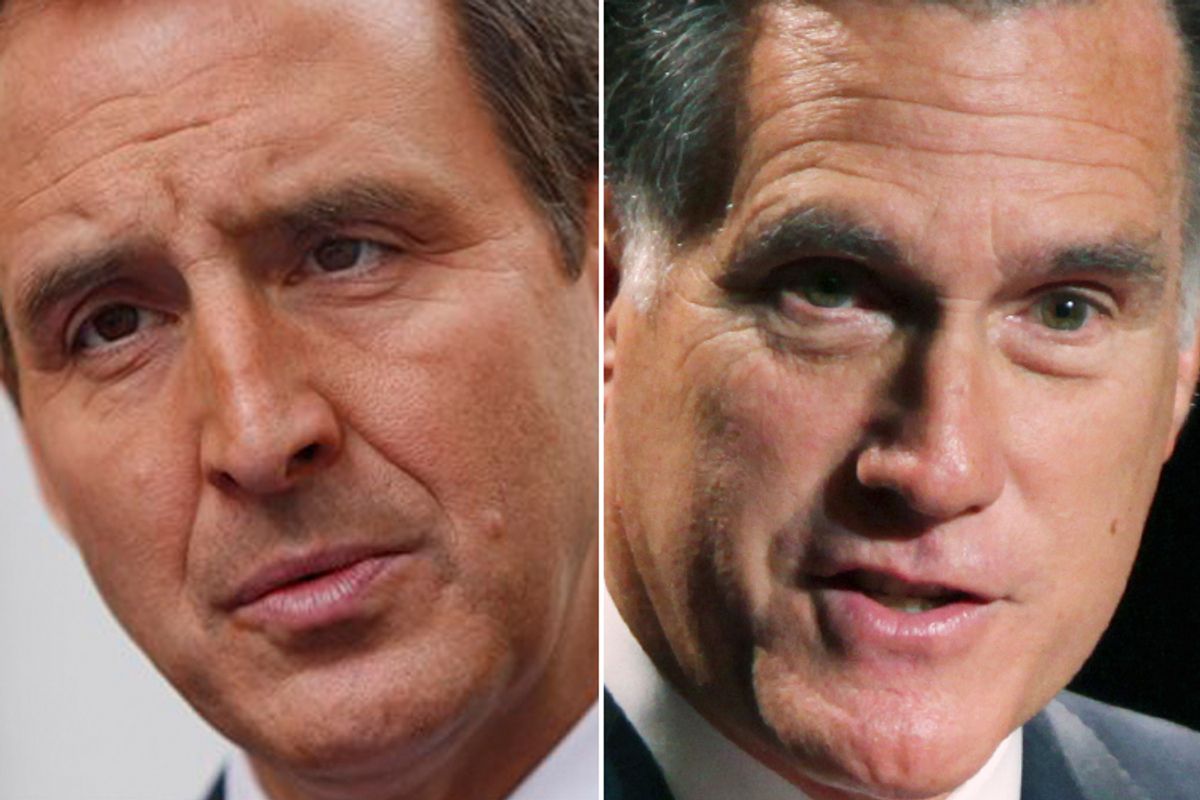 The date has been announced for the first debate of the 2012 presidential election! Surprise, it's not actually happening anywhere close to the year 2012, because Politico wants to "win the year." It will be May 2, at the Ronald Reagan library. NBC will co-host, and Brian Williams will moderate alongside John F. Harris. (Why not Roger Simon?) But ... who will the candidates be?

The only guy who's officially declared his candidacy is Herman Cain, the former horrible pizza magnate and this year's "comic relief" candidate. (Not that any of the rest of the 2012 hopefuls don't also qualify as comic relief.)

I'd be shocked if Tim Pawlenty -- inscrutable cipher and former governor of Minnesota -- misses the debate, because he's got nothing else to do between now and 2012, and he already put together this stirring/insane video:

And Mitt Romney, the policy contortionist and former Massachusetts governor, will probably be there, because he, too, has nothing else to do besides actively run for president without officially announcing that he's running for president.

But no one will commit. Even Ron Paul is playing coy. He says he'll decide to run based on how well the dollar's doing, which is classic Ron Paul. John Thune will make up his mind in two months. Unless in two months no one else has declared that they're running, still, in which case, he could still delay his decision -- because who wants to show up to the Reagan library and discover the only other guy there is Herman Cain? Mitch Daniels will probably run, I guess, and the seriousness with which people are talking him up really makes it seem like the conservative commentariat just wants to throw this election in order to set up Jeb Bush '16. (Stranger things!)

And then there is Newt Gingrich, who I remain convinced will continue to pretend to run until maybe the day of the debate itself.

It's already been noted by plenty of pundits that this is an unusual state of affairs. In the modern era, we often have a good half-dozen declared candidates by now. We could be in a situation similar to 1991, when Democrats thought George H. W. Bush was unbeatable, and multiple big names couldn't bring themselves to enter the race, or at least delayed the decision until late in the year, but even then we had plenty of lesser candidates early on. Where are this year's Senate nobodies and mainstream-alienating base-rousers?

Mike Huckabee now indicates that he'll skip this debate, and then maybe come in later, which could be a bad omen for Politico and NBC. Maybe they will end up with just Herman Cain and Tim Pawlenty, not quite making eye contact, claiming to be the original Tea Partyers.

I have made it thus far without writing the name of a certain Alaska governor, whose elaborate game with the national press is perhaps doing more to dissuade other potential candidates from entering the race than any other single factor, but now that her reality television program is over, she'll be looking for an opportunity to go before a camera soon. I just can't imagine her sharing a stage with ... anyone, at all. In which case a candidate-free debate might be the perfect venue in which to finally make it official. (But probably not one on NBC.)