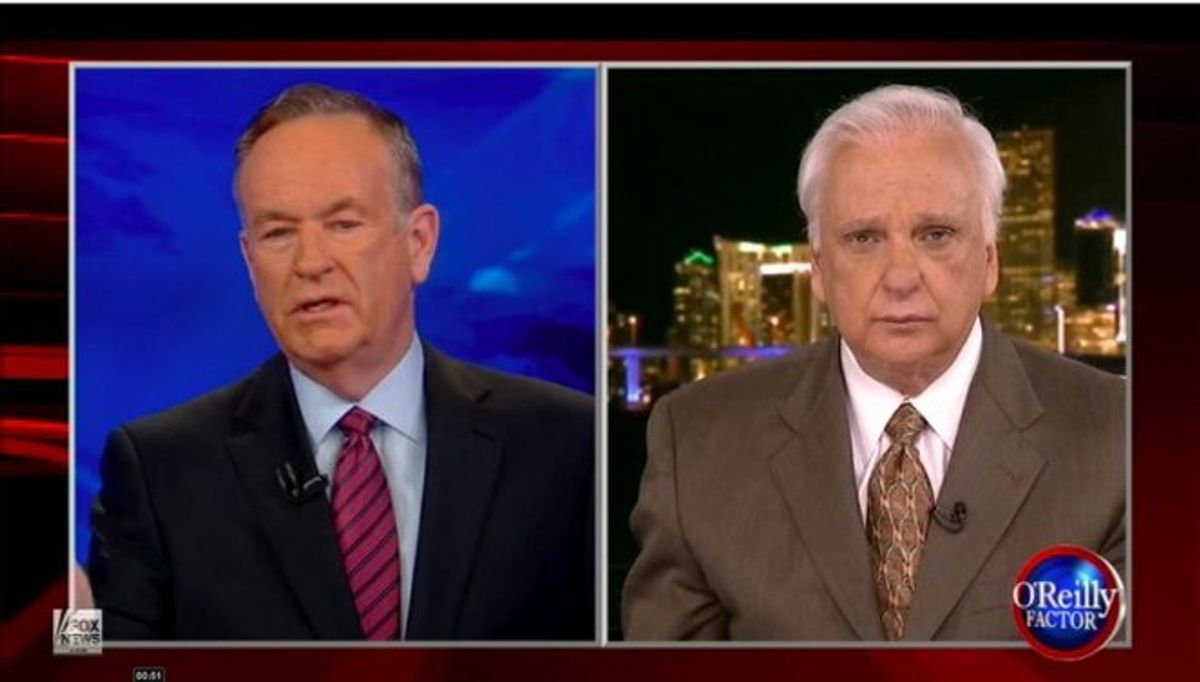 Bill O'Reilly weighed in last night on the subject of Keith Olbermann's departure from MSNBC, referring to the pundit as a "hateful commentator" and a "disgrace." In doing so, the host called back to one of his favorite pastimes -- flaunting Fox News' ratings dominance and belittling its left-leaning rival network.

Program regular Bernie Goldberg likewise issued fighting words, saying that to regard Olbermann as a ratings success because of his primacy at MSNBC was akin to calling him the "tallest midget in the room."

Still, O'Reilly and Goldberg -- coy devils they are -- refused to refer to Olbermann by name. Bernie was busy this past weekend "watching football and stuff," and as such admitted he was unfamiliar with the Olbermann hubbub. O'Reilly, however, decided to stake (dubious) claim to the high ground, saying, "I don't really want to get involved with all of that personal stuff."