The former White House press secretary attempts to praise the economic record of his boss. It's a big mistake 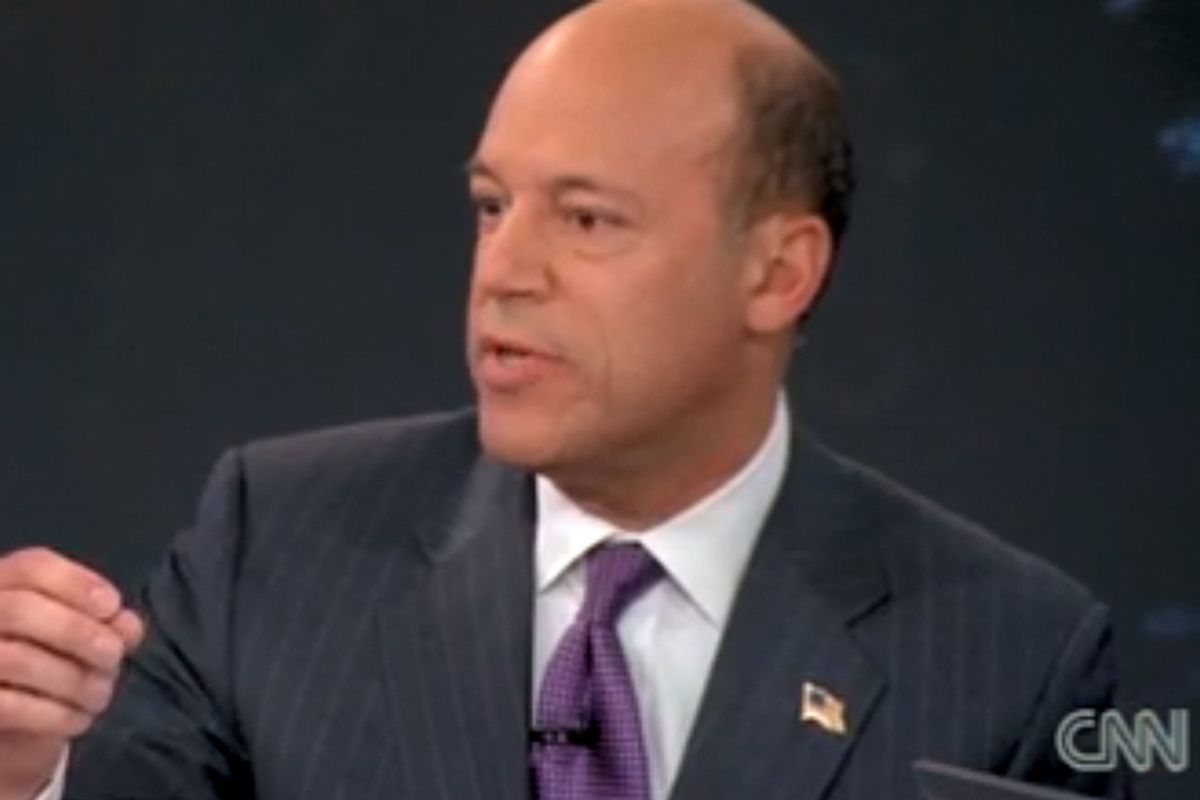 In the middle of a mildly heated post-State of the Union exchange between David Gergen and Ari Fleischer on CNN Wednesday night, the former press secretary for George W. Bush attempted to rule discussion of the Bush economic record out of bounds.

"We are no longer litigating the Bush administration," said Fleischer, who then promptly backtracked with a bold declaration that the Bush economy should be remembered as a time of steady growth.

Gergen looked stunned, and well he should. First of all, Republicans are still litigating the New Deal, so the notion of declaring the Bush economy out of bounds for debate is as hypocritical as it is ridiculous. But it's entirely understandable why Fleischer would rather not go there. By pretty much any standard, the eight years of George W. Bush mark one of the worst periods of U.S. economic growth of any postwar president. And that's even if you subtract the disastrous effects of the financial crisis that closed the Bush presidency with such an enormously destructive exclamation point.

The Washington Post conducted a brutal wrap-up of the Bush legacy in January 2009. Here's the key paragraph.

The number of jobs in the nation increased by about 2 percent during Bush's tenure, the most tepid growth over any eight-year span since data collection began seven decades ago. Gross domestic product, a broad measure of economic output, grew at the slowest pace for a period of that length since the Truman administration. And Americans' incomes grew more slowly than in any presidency since the 1960s, other than that of Bush's father.

Yes, there were 52 months of "growth" in between the two recessions. But as we all know now, the bulk of that growth was generated by a consumer spending binge that itself resulted from an unsustainable and fraudulent housing boom that ultimately ended up completely wrecking the global economy. And even if we don't count 2008, gross domestic product rose at an annual rate of only 2.1 percent for the first seven years of the Bush presidency.

By comparison, annual GDP growth for the entire eight years of Bill Clinton's presidency was 3.5 percent. Here's a juicy little observation picked up from a Forbes magazine appraisal of the Clinton record, published in 2004.

And where was it at the end of Bush's term in office?

The context for Fleischer and Gergen's dispute came in terms of whether or not to support Obama's call for more investment in education. And here's where the conversation goes irreversibly through the looking glass. Fleischer, smiling as if he's the wise mentor counseling the irresponsible grasshopper, tells Gergen that "we can no longer keep paying for the things we like, that's what got us into this deep hole."

Well, yes, if the president you are referring to is George W. Bush! As Joseph Stiglitz pointed out in a devastating piece in Vanity Fair, "The Economic Consequences of Mr. Bush" (published in December 2007, well before the full extent of the financial crisis became clear), Bush set a new standard for fiscal irresponsibility.

A budget surplus of 2.4 percent of gross domestic product, which greeted Bush as he took office, turned into a deficit of 3.6 percent in the space of four years. The United States had not experienced a turnaround of this magnitude since the global crisis of World War II.

Now, of course, the equivalent number is 10.64 percent. And that's not good. But there's a big difference between running up a deficit in an effort to counteract the effects of the worst recession since the Great Depression, bequeathed to you by your predecessor, and the conscious destruction of a surplus via decisions to cut taxes, boost drug benefits, and engage in multiple wars without making any attempt whatsoever to pay for those priorities.

Liberals and conservatives will probably never stop "litigating" the Bush era. But just as the general public for decades afterward remembered FDR as the president who led the United States out of the Great Depression, George W. Bush will be recalled as the president who took the U.S. out of the black and into the red, and left his country completely defenseless when confronted with a major economic disaster. So give it up, Ari. This is a case you can't win.