Is haggis really that disgusting?

It's a sheep organ-stuffed sheep stomach. It's Scotland's national dish. What's not to love? 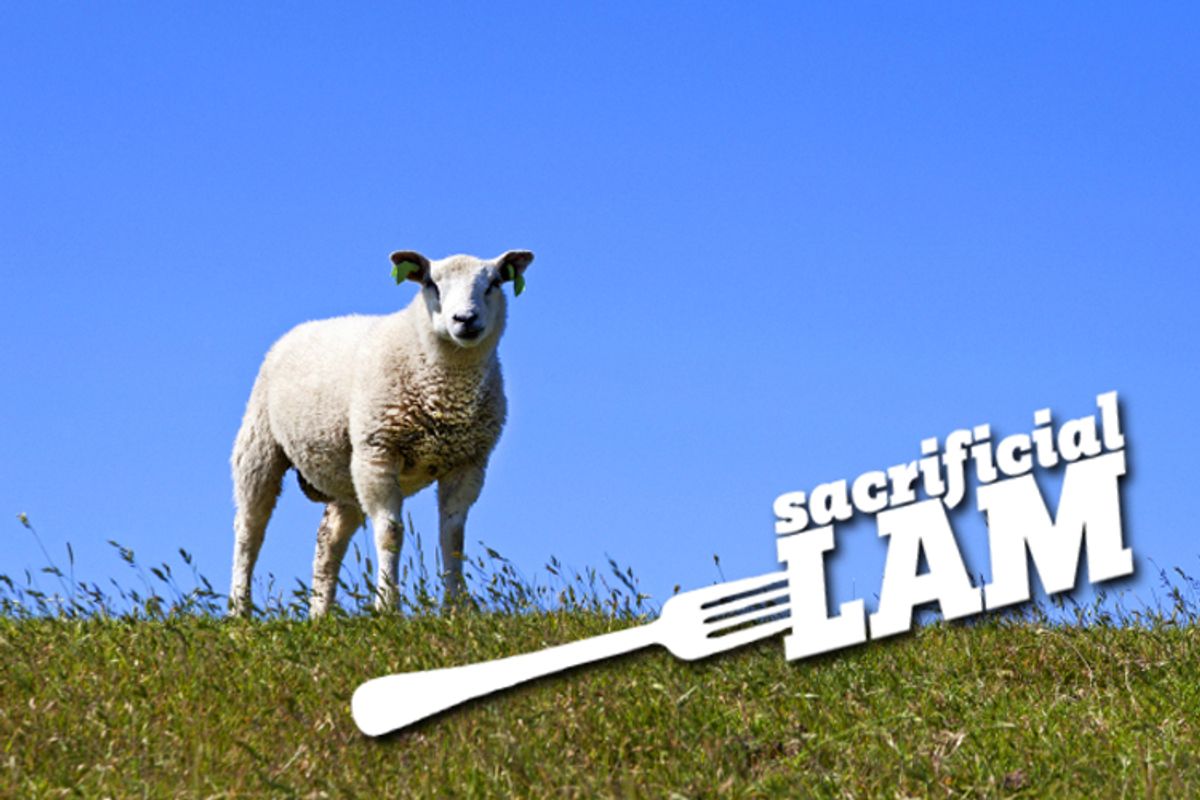 Who's afraid of the big bad haggis? Well, plenty of people, even if it is the national dish of Scotland. One of the earliest gross-out foods I can remember kids squealing about, it's usually described as a boiled bag of sheep guts, but its charms are greater than even that. Every year on Jan. 25, Scots and their friends -- haggis lovers and those-who-will-go-hungry -- sit down to suppers honoring the poet Rabbit Buns, who, if you are not familiar with the utterly charming and sometimes-indecipherable Scottish accent, is also known as Robert Burns. At these suppers, revelers eat a proper haggis, recite lines of verse, drink drams of Scotch, and watch "Braveheart" again. (Just kidding about the last thing, people! OK, mostly kidding.)

So, anyway, haggis is a sheep's stomach filled with miscellaneous sheep parts -- heart, lungs, you get the picture. Stuff my Scottish friend Pam refers to as "the hearty meat," and I don't think that's a pun. Americans have not, for decades, been very big on organ meats, and so even though I grew up with liver and tongue and would eat tripe and spleen till the cows came home (to reclaim them?), for me, there's still some vestige of childhood blech that follows haggis around.

It might be -- if I may demonstrate a prejudice -- because Scottish cuisine rarely inspires, though I've actually had the privilege of being in Scotland and had an unforgettable culinary experience. It was this: I walked into a fish and chips shop. I looked at the large pile of chips (which we would call fries, of course). Then I looked next to them, at the filets of battered and fried fish. Then next to them, sat two discs of battered and fried ... something. A small flag on a toothpick identified them. One read "hamburger." The other, "cheeseburger." Next to that, an oblong object: "Hot dog." Then, a smaller oblong object: "Mars bar." And finally, inconceivably, unbelievably: a large disc, the size of a Frisbee. "Pizza."

They battered and deep fried a pizza.

Then again, this is a land where piles of fries are sometimes referred to as "Glasgow salad," and when I told my Scottish friend Pam about my chip shop discovery, she mentioned something about being served that at school lunch. Somewhere, Jamie Oliver is crying hot tears. (Maybe he'd feel better if he heard her say it, with her lovely, soft, indistinguishable vowels: "the peetsa en er skewl.")

So with Pam and her husband, Michael, as my guides/interpreters, I ventured into the fold of haggis-eaters. It wasn't a proper Burns Night, unfortunately, but at a British-themed restaurant in New York called Chip Shop, which is one of the few places in the city that reliably serves it. And yes, they deep fry it too.

I tried to get into the mood ahead of time with Mackie's-brand haggis-flavored potato crisps (we call them chips), imported by the amazingly named Great Scot International. They were some of the stranger chips I've had, full of the taste of sweet spices and grains and a gently warming effect of black pepper, but not really organ-meaty. I suppose asking a potato chip to taste like sheep kidneys is a little like asking a beer to taste like a rainbow. I was left still unprepared.

We met at the restaurant, and Pam and Michael described the haggises they've known. Michael in particular disapproved of a version once served at a Scottish restaurant in Times Square, naturally called St. Andrews, where the haggis "looked like a thickened mush," which is rarely how you want a meat dish described. Then again, Pam also noted that "St. Andrews moved at some point. It's all weird and clean now." I was starting to really look forward to dinner.

"Traditionally," Pam continued, "haggis is made in a sheep's stomach. Like a big ... dumpling." She held her hands as if holding a rugby ball. But most are now made in smaller casings, and you usually only get the whole deal for special occasions at this point, when "it has to look proper for a Burns Night supper."

In it, there's a mixture of oats, herbs, Scotch whisky and sheep innards, ground together and boiled boiled boiled until auld lang syne. "It's basically just a poor person's sausage," Pam said, and I stopped making fun. Because that is what it was, and that is what so many of the foods so many cultures hold dear were and are.

The haggis came, and it looked ... strange. Not at all what I expected, really -- two blackish bricks, mostly covered by batter, but with the dark insides peeking through. The plate was garnished with two leaves of spinach lain side by side. Such healthful aplomb.

My fork dove in, and my head filled with strong flavor. Cloves! Thyme! Booze! It was kind of sausagey, densely packed but crumbly. It's not dry, per se, but it had a sort of negative juiciness, like it wants to suck the moisture from your mouth. As I chewed, the sheep bits came through -- kind of a livery, earthy, minerally flavor. Like mud and meat. I know it doesn't sound like it, but I think I liked it. At least, I did enough to eat a portion roughly the size of my hand.

I was glad to have eaten it quickly, though, because when I went back for a bite a little while later, when it had cooled down, the texture seemed more gummy than meaty, I guess because the starches in the oats begin to tighten up. It's not a happy-making effect, but Michael still enjoyed it, and I didn't want to give the couple the wrong impression of my opinion on haggis. After all, they just told me they served haggis at their wedding.

But before I could write that detail down in my notes, making some Big Point about the Pride of the Scots and the Importance of Their Sheepy Food, Pam said, "But of course, people in Scotland eat a lot more curry than haggis."