Svelte, sexy and somewhat androgynous, the cheeky Golden Globes host has always had an edge 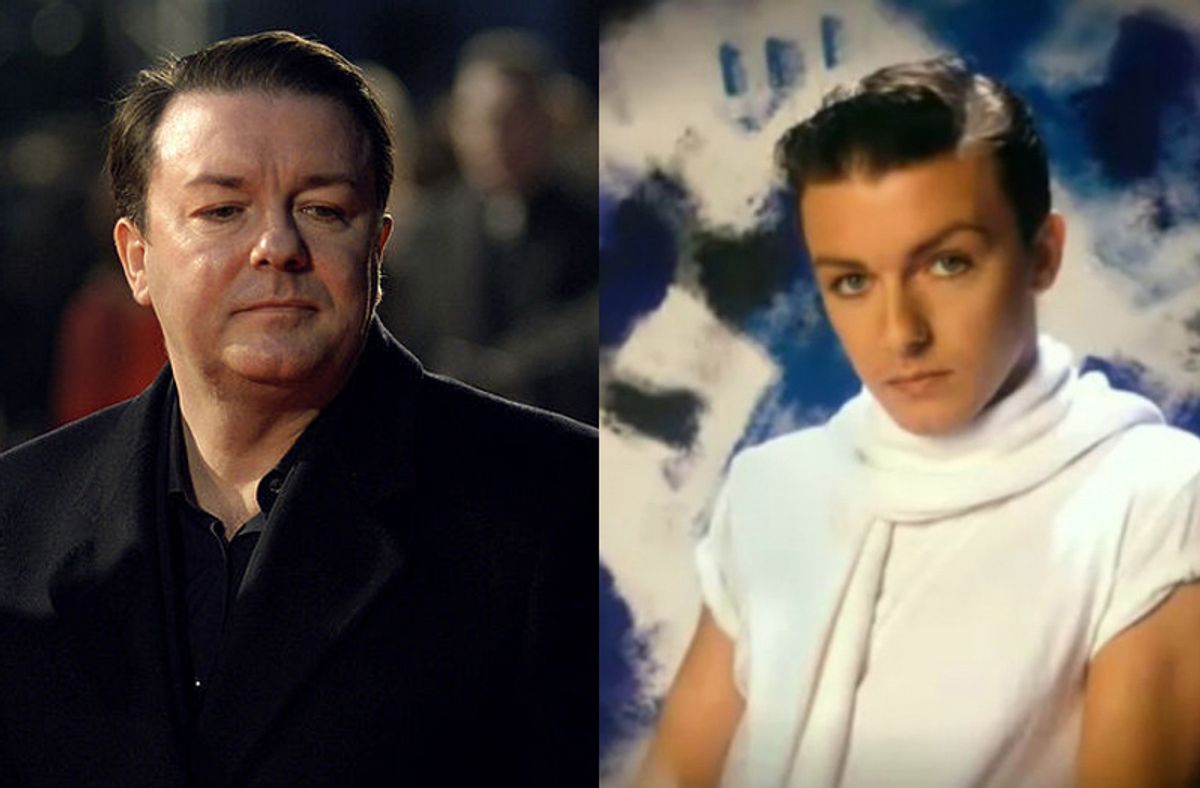 Ricky Gervais acted as one-half of the British glam-pop duo Seona Dancing in the early '80s.
--

Today, in fun things on the Internet: a very confusing doppelgänger that we thought was a prank. It's true. Ricky Gervais started his career in a glam-pop band.

Though the Internet has known about this for a while, interest over Ricky Gervais' polarizing performance at the Golden Globes has stirred the skeletons in the closet. Nearly 30 years ago, a slimmer, prettier Gervais stole the hearts of millions as lead singer of Seona Dancing, a British New Wave group. (That's pronounced "shawna dahn-cing.") Along with Bill Macrae, Gervais started the band in his last year at the University College, London, and enjoyed a moderate amount of success. Seona Dancing topped the charts -- or rather showed up on the charts at No. 79 -- with their hit "Bitter Heart." The video pretty much sums up a lot about the '80s:

Described by some as "an obvious rip-off of David Bowie," the band broke up in 1984. Quite oddly, though, they became a runaway success with teenagers in the Philippines in 1985. Because a radio station in Manila misattributed one of their songs -- so that listeners couldn't find the record and would have to keep listening to their station -- Seona Dancing never got much credit for their talent.

Gervais did. He stayed in the music business by managing a band called Suede and DJ'ing. Then a while later he created this show called "The Office," and it was quite successful. And then he starred in a movie called "Ghost Town." And then he hosted the Golden Globes. (I thought he did a great job, by the way.)

But here's some more Gervais-as-glam-pop-star. He'll never perform like this again.