Conservative conference will feature screenings of "The Ground Zero Mosque: The Second Wave of the 9/11 Attacks" 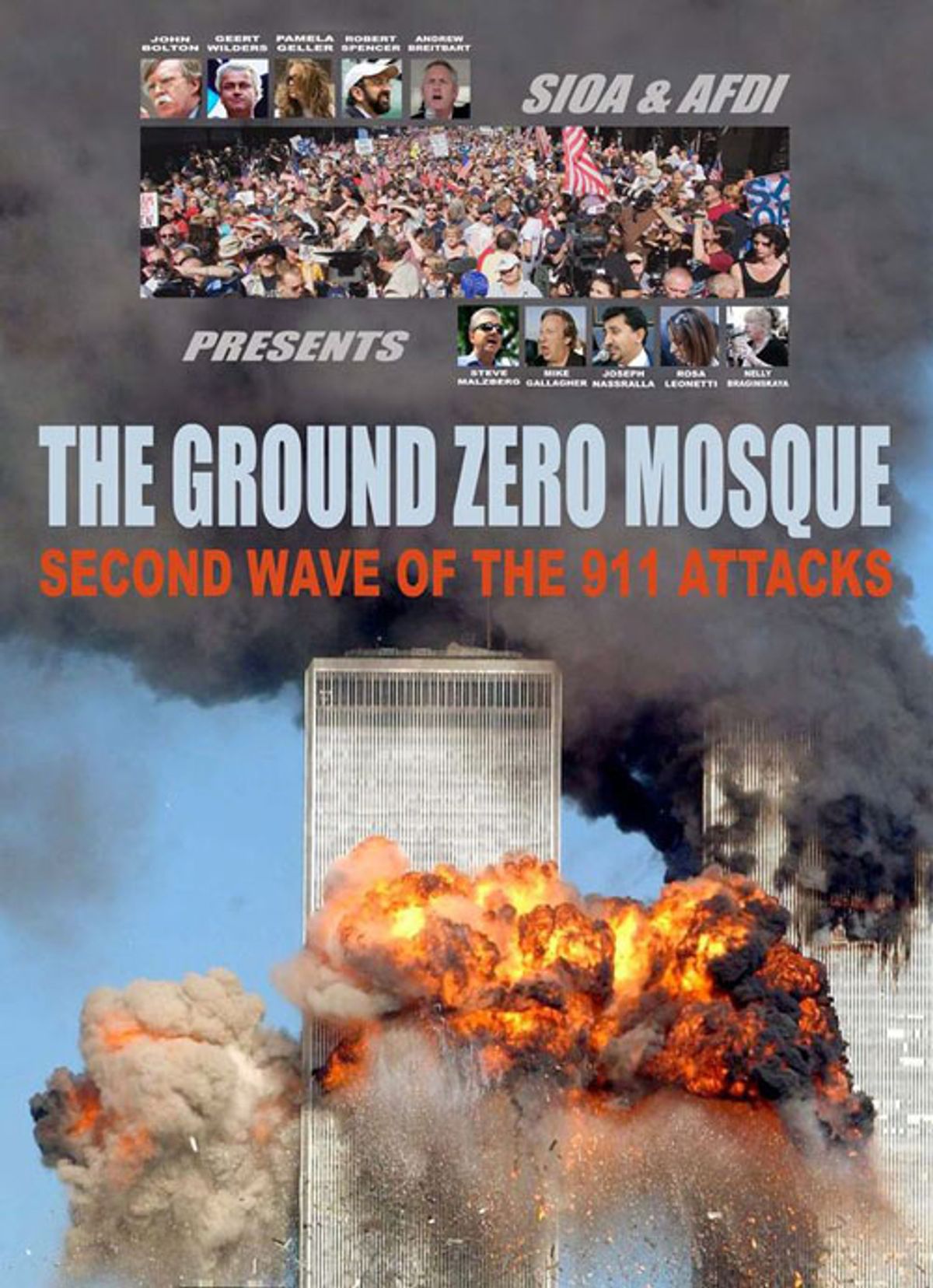 The Conservative Political Action Conference, a high-profile annual gathering that will be held in Washington next month, recently came in for some criticism from the anti-Muslim right for allegedly being "penetrated" by radical, sharia-pushing Islamists.

But the newly released CPAC theater schedule, posted online by the group Citizens United and noted by LobeLog's Eli Clifton, suggests that CPAC will still be safe for all stripes of Islamophobia.

According to the list of scheduled film screenings, at least two movies focusing on the threat of radical Islam will be shown.

First, there's "America at Risk: The War With No Name," which is narrated by Newt and Callista Gingrich. The trailer:

Then there's "The Ground Zero Mosque: The Second Wave of the 9/11 Attacks," produced by blogger Pamela Geller. There's no trailer for the film, but Geller has described it this way:

This is the first documentary that tells the whole truth about the Ground Zero mosque. Be prepared to be shaken to your core. This movie rips the mask off the enemedia and the malevolent role they play in advancing and propagandizing the objectives of America's mortal enemies.

The press has tried to shape the narrative to demonize the freedom lovers and denazify the Islamic supremacists, but the American people no longer trust big media."

Also playing will be "Iranium," the new film from the Clarion Fund, makers of the 2008 classic, "Obsession: Radical Islam's War With the West." The trailer:

Here is the full film schedule: