How many bugs are allowed in your pasta? Reading the FDA's Food Defect Action Levels

After a congressman sues over an olive pit, we find the FDA's limits for junk in our own food. Brace yourself 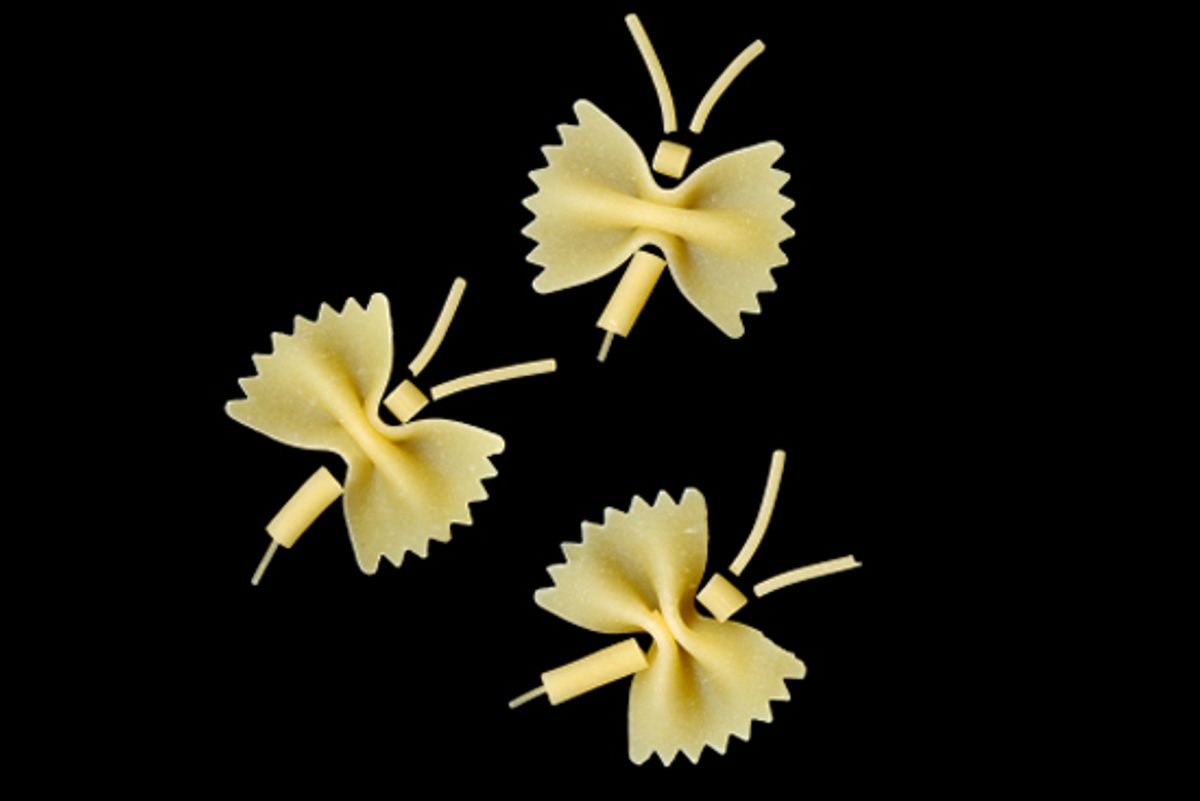 The closest I ever got to being a lawyer was flirting with a married one once, so I'm not going to comment on the legal wisdom of Dennis Kucinich's suit against congressional cafeteria operators for leaving an unpitted olive in his sandwich three years ago. He bit the pit. The pit hurt him. (Bad, too!) But in light of this awful miscarriage of justice, I recall once learning that many foods are allowed to contain a certain amount of "foreign matter" from the processor.

So, curious about what other "filth" and "water insoluble inorganic matter" are legally tolerated, I consulted the Food and Drug Administration's stunningly poetic-sounding "Food Defect Action Levels" -- the level of screwiness you are allowed to have in your food before the FDA will take action. You never actually want to get some FDA action, but you might be surprised at how much gunk can be in your product before they will show up with some bad news.

Say you're a frozen broccoli processor. Can you guess how many aphids, thrips, and/or mites you can have in 100 grams of your frozen broccoli before FDA agents will get all sad at you? Fifty-nine. You can have 59 aphids, thrips and/or mites in every three-and-a-half ounces of your product and be in the clear. Sixty is a problem, but 59? Play on, player!

Some other lines that the FDA will not allow you to cross:

Red fish and ocean perch: Three percent of the filets exampled contain one or more copepods accompanied by pus pockets. (Back to the glossary: "Copepods -- Small free-swimming marine crustaceans, many of which are fish parasites. In some species the females enter the tissues of the host fish and may form pus pockets." Yum-O!)

Macaroni and noodle products: Average of 225 insect fragments or more per 225 grams.

Mushrooms, canned and dried: Average of 20 or more maggots of any size or average of five maggots 2 millimeters or longer per 100 grams of drained mushrooms and proportionate liquid or 15 grams of dried mushrooms.

Paging Rep. Kucinich! Pitted olives: Average of 1.3 percent or more by count of olives with whole pits and/or pit fragments 2 millimeters or longer.

Popcorn: 20 or more gnawed grains per pound and rodent hair is found in 50 percent or more of the subsamples.

And on and on. If you really want to geek out/get nauseated, check out the handbook here.

Now, to be fair, you have to realize that this doesn't mean these foods aren't generally safe to eat, even if you might be sharing your popcorn with little furry friends. The handbook details the significance of all of the defects it lists and the vast majority of them are aesthetic. In fact, to make this list, these flaws had to first be determined to present no health hazard (except for the very occasional chipped tooth). And, of course, for large and small producer alike, it's impossible to harvest or make food that's totally free of naturally occurring defects.

Funny enough, the FDA itself seems to recognize these action levels are on the extreme end of grodiness. The handbook states in the introduction that these limits "do not represent an average of the defects that occur in any of the products -- the averages are actually much lower. The levels represent limits at which the FDA will regard the food product 'adulterated,' and subject to enforcement action." So as long as you, Ms. Hops Packer, can come in comfortably under 2,500 aphids per 10 grams of hops, you should feel good about yourself.