Why it's possible to skip Iowa and still win 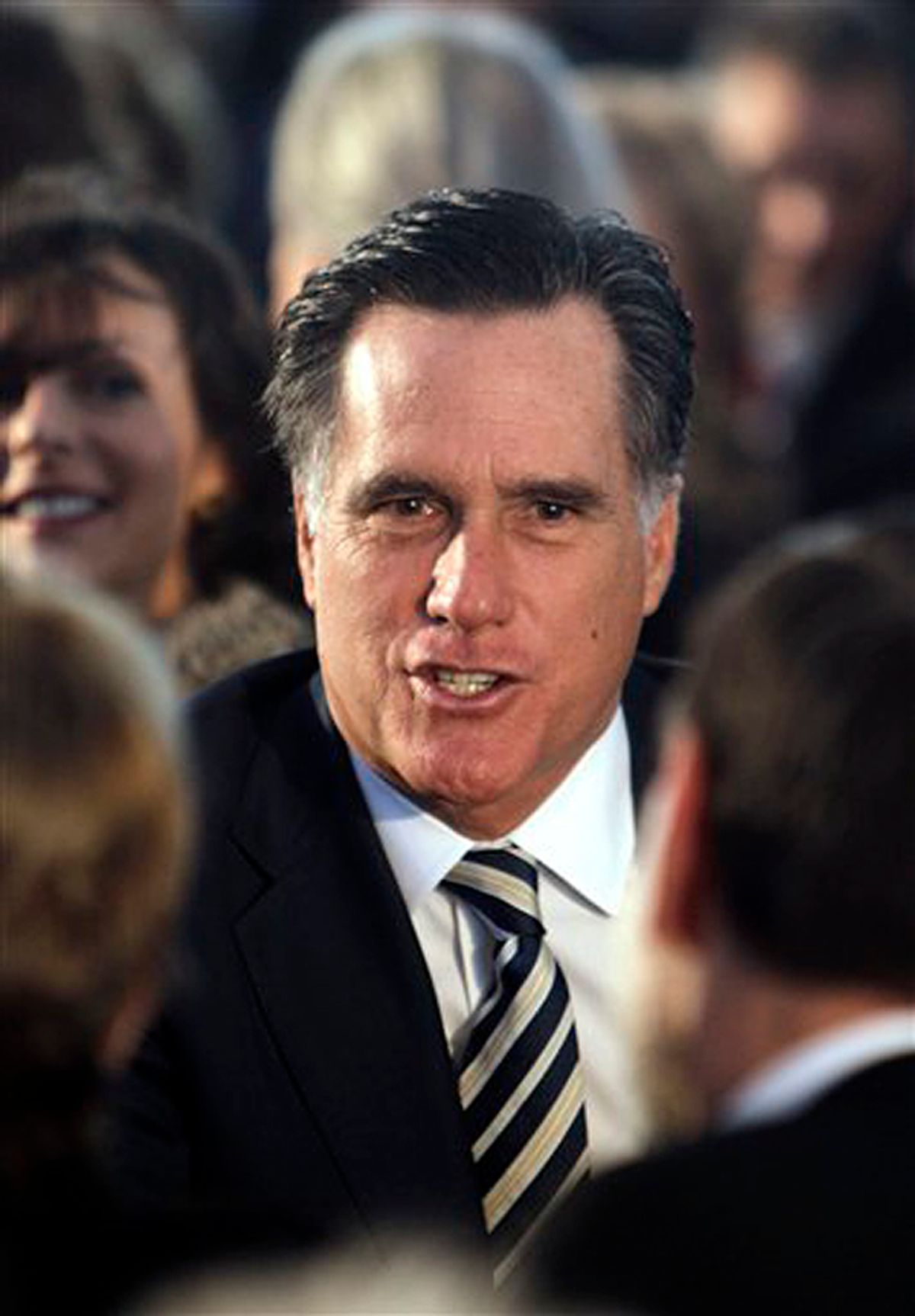 FILE - In this Nov. 16, 2010 file photo, former Mass. Gov. Mitt Romney is seen in Dallas. This month's early under-the-radar campaigning by potential Republican challengers to President Barack Obama is a reminder of something too easily forgotten: Running for president is harder than it looks, and Obama ultimately will stand against a flesh-and-blood nominee certain to make mistakes along the way. (AP Photo/LM Otero, File) (Lm Otero)
--

Make what you will of this, but National Journal's Reid Wilson is reporting that Mitt Romney and his team are thinking about sitting out next year's Iowa caucuses:

Though there is no official campaign, and no strategy decisions have been finalized, Romney’s team has considered running a very different race from the last one. After Romney spent millions of dollars and a huge chunk of time in Iowa, only to finish behind former Arkansas Gov. Mike Huckabee, his strategists have spoken with potential consultants about the prospect of skipping Iowa altogether this time and launching a campaign from New Hampshire.

There is, of course, plenty of reason to be skeptical about this. The Romney camp has an obvious incentive to make the press think that bypassing Iowa is on the table, since it could help lower caucus expectations.

Remember that Romney's second-place showing in 2008, 9 points behind Mike Huckabee, was considered a serious setback for the former Massachusetts governor; he had campaigned aggressively in the state and, through the summer and fall of 2007, had been favored to win. Meanwhile, John McCain was able to gain momentum from his fourth-place finish (with 13 percent of the vote, just behind Fred Thompson), because he had not made a full-fledged effort in the state; that he cracked double digits was a surprise, and the momentum helped him to fend off Romney in New Hampshire five days later. The new National Journal story probably represents an effort by Romney's team to set the '12 bar in Iowa somewhere near the McCain '08 level.

But could Romney -- or anyone -- actually afford to skip Iowa altogether? I'm not as convinced as others that the answer is no. Jonathan Bernstein, for instance, argues that in modern presidential campaigns  "there's just no way to survive the winnowing down effect if a candidate self-winnows in either of the first two states."

I'd point to the example of John McCain in 2000. That year, unlike in '08, McCain really did skip Iowa, leaving George W. Bush to compete mainly with Steve Forbes (and sort of with Alan Keyes, who ended up with 14 percent -- probably the highlight of his political career -- and Gary Bauer). Bush ended up winning with 41 percent, 10 points ahead of Forbes. But Forbes, who had been lagging badly in New Hampshire and national polling, received no bounce from the showing. That's because for months leading up to Iowa, the entire political world had expected Bush to win -- his dominance in the state's straw poll was one of the reasons so many GOP candidates (Elizabeth Dole, Lamar Alexander, Dan Quayle, Pat Buchanan) dropped out in the fall of 1999. Thus,  Forbes -- who spent lavishly in the state -- essentially got no credit, since he didn't finish any closer to Bush than he'd been expected to and because running ahead of Keyes and Bauer meant nothing.

McCain, meanwhile, had been concentrating his efforts on New Hampshire. He'd been running close to (or even ahead of) Bush there since the end of '99, counting on a victory to kick-start his campaign. Even though he was a non-factor in Iowa, his New Hampshire numbers didn't suffer; in fact, they improved -- so much that he ended up destroying Bush in the primary, by 19 points. It was as if McCain had received the same Iowa bounce that had boosted Gary Hart to a 13-point win in New Hampshire in 1984 -- and yet he'd barely set foot in Iowa. Why? Because many Republican voters, particularly in New Hampshire, badly wanted an alternative to Bush, who had essentially been crowned as the nominee-in-waiting by the party's leaders in early '99. To these voters, the main message of Iowa was that the Bush machine was one step closer to the nomination -- not that Forbes, who had claimed second place by default, was suddenly a viable alternative. Thus, there was even more urgency for Bush skeptics in New Hampshire to find an alternative, and McCain had already made a favorable impression on most of them. Thus, his numbers rose in the week between Iowa and New Hampshire and he scored a victory that -- for several memorable weeks -- created a genuinely competitive race for the Republican nomination.

Yes, McCain ended up losing South Carolina and flaming out on Super Tuesday. But his ultimate failure was not a result of the post-Iowa/New Hampshire winnowing. He survived the winnowing and emerged as the only alternative to Bush, then lost for other reasons.

Certainly, we can point to examples of candidates who did suffer explicitly for skipping Iowa. Al Gore, who bypassed both Iowa and New Hampshire to focus on the Southern states of Super Tuesday in 1988, is a clear example of this. Gore ended up faring credibly on Super Tuesday; he, Michael Dukakis and Jesse Jackson all won roughly the same number of votes and delegates for the day. But by missing the first two states and waiting until the action was in his backyard, Gore was pegged a regional candidate -- a label that hurt him when the race returned to the North. After an ugly New York primary in which he finished a distant third, Gore dropped out. Dukakis ended up being the big Super Tuesday winner because his victories in Florida and Texas that day allowed his campaign to tout him as a "four corners" candidate -- that is, someone who could win in all four corners of the map.

I think the safest thing we can say is that it is possible to win a nomination  even while skipping Iowa or New Hampshire -- or, at least, to survive the winnowing that takes place after those two contests -- but that it requires a very specific set of conditions, and that these conditions aren't obvious or in place until very late in the race. So skipping Iowa may not always be fatal, but doing so nonetheless amounts to an irresponsible gamble.