Birthright citizenship may be established by the 14th Amendment, but two senators don't like it 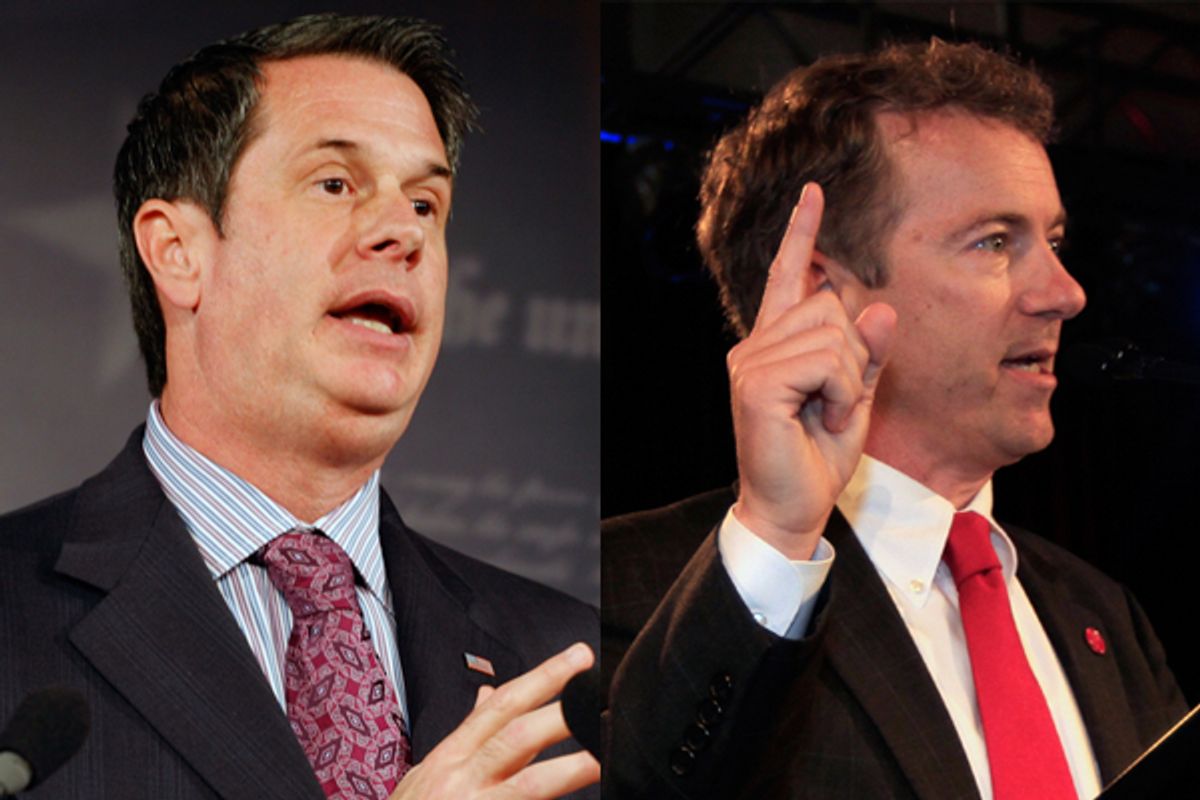 Freshman Tea Party pseudo-libertarian Sen. Rand Paul and Louisiana embarrassment David Vitter are introducing legislation that will end birthright citizenship. While birthright citizenship stems directly from the 14th Amendment, which means that banning it would require a constitutional amendment, Vitter and Paul have figured out a loophole: Their bill claims that the 14th Amendment doesn't mean what it says. Brilliant!

And here is what the amendment says: "All persons born or naturalized in the United States, and subject to the jurisdiction thereof, are citizens of the United States and of the State wherein they reside."

Now, there could be some debate over that "subject to the jurisdiction thereof" bit, sure. And, in fact, there has been debate over that bit, for 145 years. And everyone has basically decided, repeatedly, that it means that the children of immigrants are citizens. Senators in the 19th century understood what that sentence meant. The Supreme Court has been unambiguous on this point for more than a century. Even if David Vitter is too dense to understand this and too vile to care, Mr. Randy I Love The Constitution Tea Party Paul should not be pretending to not understand this point.

“Closing this loophole will not prevent them from becoming citizens, but will ensure that they have to go through the same process as anyone else who wants to become an American citizen.”

"Citizenship is a privilege, and only those who respect our immigration laws should be allowed to enjoy its benefits," said Sen. Paul. "This legislation makes it necessary that everyone follow the rules, and goes through same process to become a U.S. citizen."

OK, well, what did Paul and Vitter do to become citizens, exactly? I'm guessing they were just born here! Sure, maybe their parents were citizens, but how did they earn that privilege, exactly? These freeloaders should play by the same rules as everyone else!