How the U.S. screwed up globalization

Harvard's Dani Rodrik explains: If you play in the global economy, you bring an industrial-strength safety net 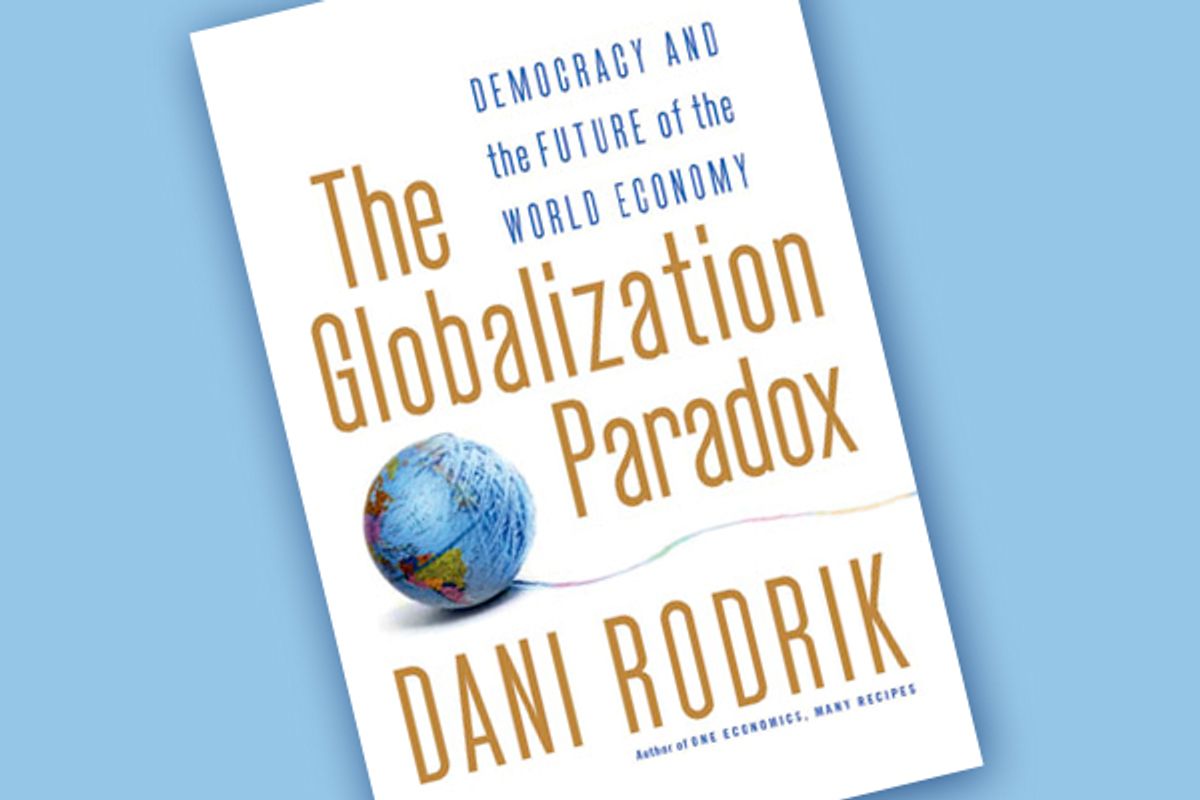 I just started reading Dani Rodrik's "The Globalization Paradox: Democracy and the Future of the World Economy." Longtime HTWW readers will recall that I am a big fan of his idiosyncratic work, which often runs counter to the orthodoxy of mainstream economics but seems to do a lot better at representing the world as it actually is than the rest of his profession manages. And true to form, I hadn't read 20 pages of the new book (now arriving in stores, but not officially released until late February) before I found myself compelled to share one of his typically provocative insights.

In Chapter 1, "Markets and States," Rodrik discusses the "amazing fact" that the richest countries also have the biggest governments: "with very few exceptions, the more developed an economy, the greater the share of its resources that is consumed by the public sector." His explanation: efficiently functioning markets require strong government institutions and oversight and intervention.

But there's another correlation that's even more interesting. Rodrik found himself befuddled by the work of Yale political scientist David Cameron, who had discovered that the economies with the largest governments were also those that "were the most exposed to international markets." Since this was "a highly counterintuitive argument if you are used to thinking that markets can prosper only where the state does not intrude," Rodrik decided to disprove the thesis by crunching the data himself.

But he failed. The correlation held.

Where was this correlation coming from? I considered many possible explanations, but none survived my battery of tests. In the end the evidence seemed to point strongly toward the social insurance motive. People demand compensation against risk when their economies are more exposed to international economic forces, and governments respond by erecting broader safety nets, either through social programs or through public employment... This need for expansion isn't just because governments are necessary to establish peace and security, protect property rights, enforce contracts, and manage the macro economy. It is also because they are needed to preserve the legitimacy of markets by protecting people from the risks and insecurities markets bring with them.

Reading this, I was struck by the fact that the United States (which, despite all the hoo-ha we hear about Obama's "socialism" today, boasts a smaller government as measured against the size of the economy than most other rich nations) has opened itself up very widely to globalization and international trade without expanding its safety net to compensate for the risks involved. We've thrown ourselves into cutthroat waters without a life preserver in sight, exposing our workers to the harsh mercy of global competition without showing them any mercy of our own.

Perhaps at some point we'll realize that extending healthcare coverage to millions of Americans is exactly the kind of thing that a nation that intends to be an active participant in the global economy should do if it wants its citizens to embrace international engagement. Because continuing down the path we're on is madness.