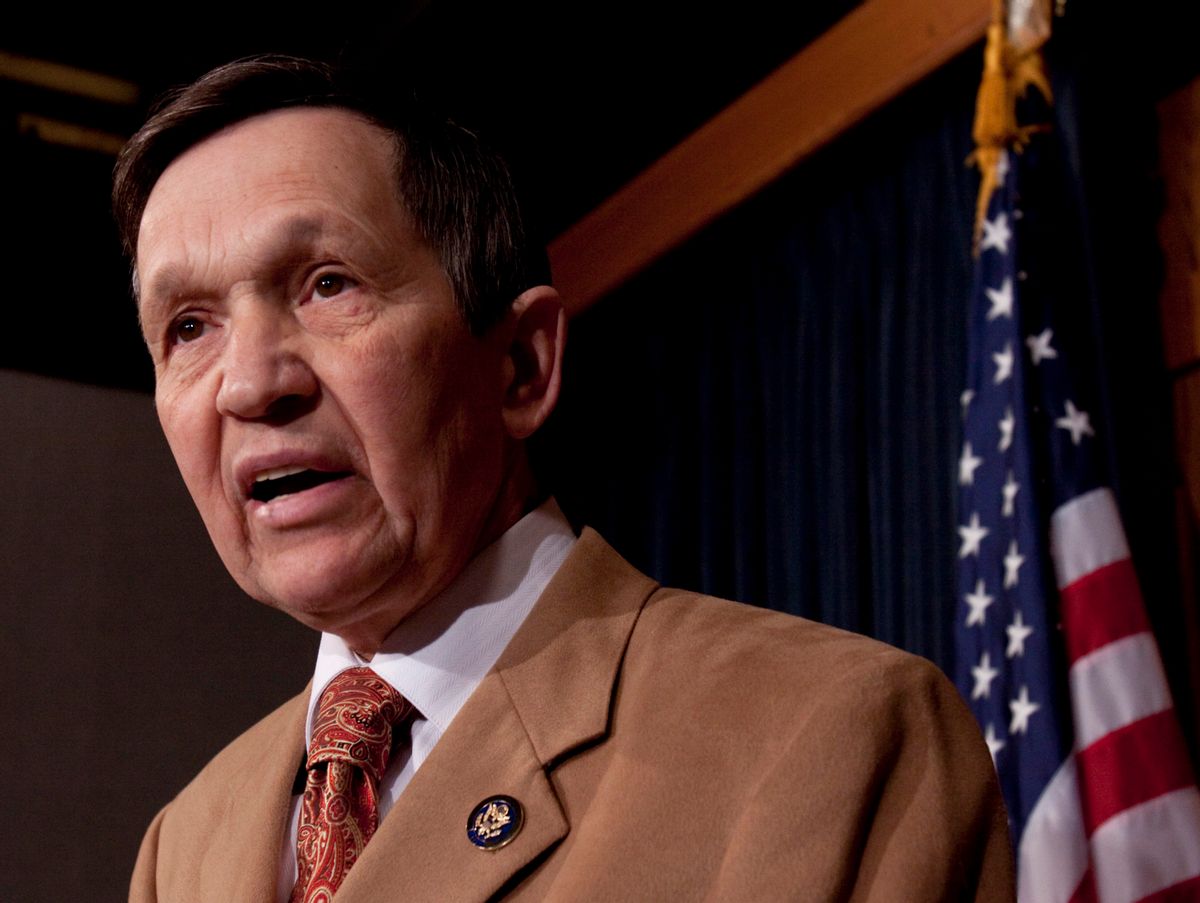 FILE - In this March 17, 2010 file photo, Rep. Dennis Kucinich, D-Ohio, speaks during a news conference on Capitol Hill in Washington. Kucinich is just one of many Democrats in trouble as the long and painful process of redistricting gets under way across America this year. Speculation is growing over which districts will be phased out and which will be spared, heralding a new congressional map from coast to coast. (AP Photo/Harry Hamburg, File) (AP)
--

Rep. Dennis Kucinich (D-Ohio) has settled a lawsuit against a Capitol Hill cafeteria over a split tooth he says he suffered when he bit into an olive pit in a sandwich wrap.

Kucinich said Friday the lawsuit was settled for an undisclosed amount that reflects out-of-pocket costs.

The lawsuit filed in January in Washington had sought $150,000 in damages from companies involved with the Longworth House Office Building cafeteria. It said a consumer would not reasonably expect to find an olive pit in the wrap.

Kucinich says biting into the pit in April 2008 split a tooth down to the bone, caused excruciating pain and required reconfigured bridgework.