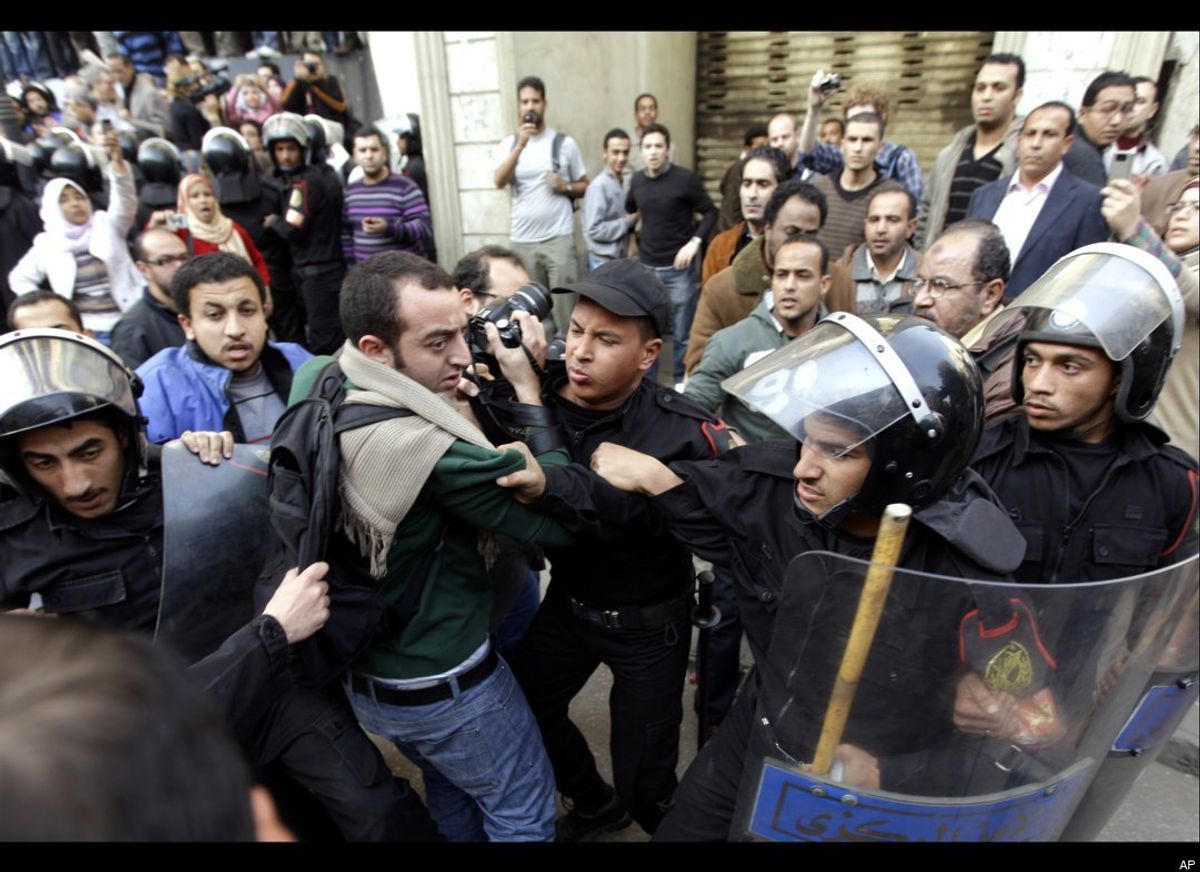 Egypt's military chief of staff is cutting short annual talks in the Pentagon to deal with growing anti-government protests at home.

Anan was in the U.S. for the highest level strategic talks each year between Washington and Cairo.

Repeating the Obama administration's position on upheaval in Egypt, Cartwright urged the Egyptian government to show restraint in how it deals with protesters.