At the end of 2010, the American consumer roared, setting the stage for even stronger growth in the future 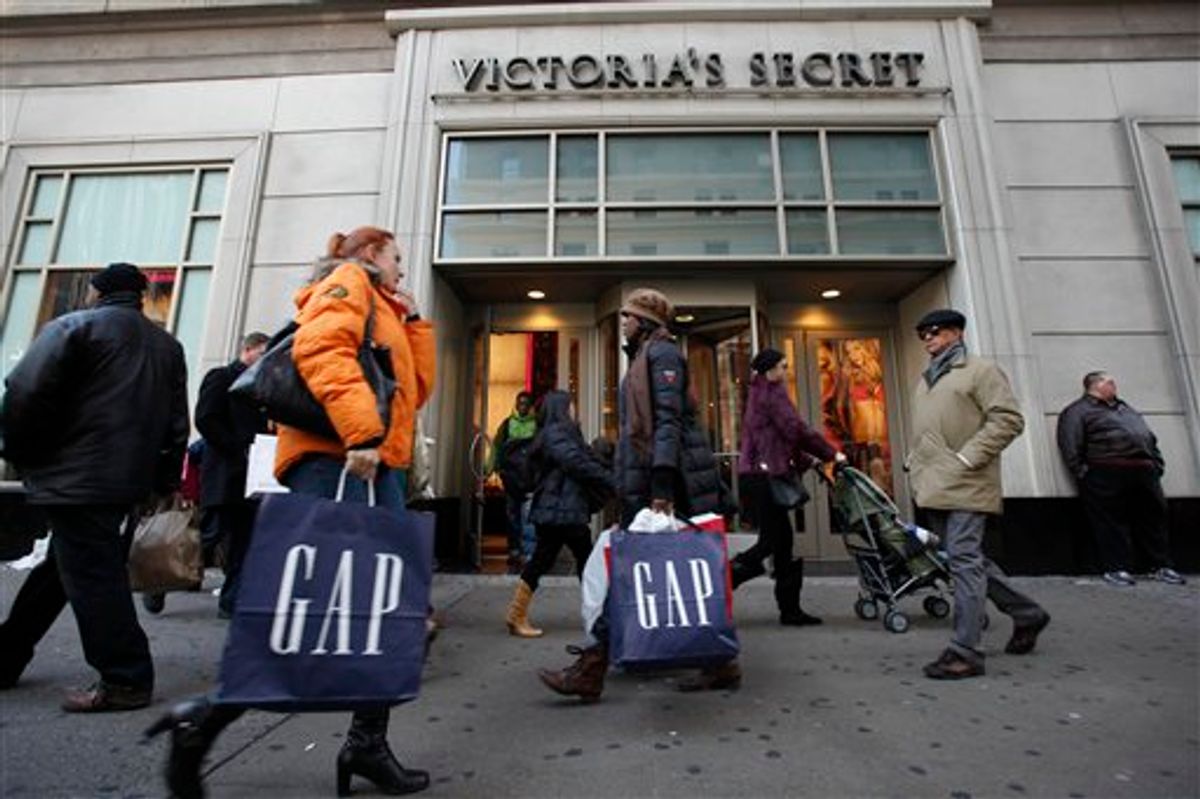 Let's give a big shout out to the American consumer, who is flexing muscles that haven't been seen in these parts since before the financial crash. On Friday, the Bureau of Economic Analysis released its first guess as to the GDP growth rate for the fourth quarter of 2010, and the numbers are pretty a good: A respectable 3.2 percent -- underneath the consensus expectation of economists, but better than the 2.6 percent registered in the third quarter.

But there's a number inside the number that has the economic data crunching geeks very excited.

The rate at which businesses restocked their inventories fell dramatically from the fourth quarter to the third. This has the effective of depressing the GDP growth number, because inventory restocking is counted as production, even if it just sits around unsold. A year ago, many economists warned that the surprisingly strong GDP numbers at the end of 2009 and beginning of 2010 were suspect, because a very large portion of the growth could be attributed to a huge surge in inventories. That's always a bad sign for future growth because there's an obvious limit to how much restocking can be done before warehouses are full and consumers must be relied on to clear the shelves. In contrast, registering economic growth while inventories are falling is a very encouraging predictor of future economic growth, because it implies that businesses will have to restock again.

To get around the inventory variation, economists use a stat called "Final Sales": GDP minus the change in inventory. For the fourth quarter of 2010, final sales grew at a 7.1 percent annual rate -- a snapshot of demand that the Wall Street Journal calls "whopping."

Consumers came out to play in the fourth quarter, and they were buying some big ticket items. The Journal's Phil Izzo tweets that a third of the increase in spending was accounted for by auto sales. Good thing the U.S. still has an auto industry around to take advantage of that! (Hmm, wonder who gets credit for that?)

Marck Chandler, writing at Credit Writedowns, offers an important caveat. Today's report is only the first of three attempts to capture the fourth quarter's economic activity, and it doesn't include the December trade and inventory data. Inventory data can swing wildly, and there are often large revisions to the first BEA estimate.

But for now, the report is pretty good news, and suggests even stronger growth at the outset of 2011. Now, if only the U.S. labor market would get the hint, and start popping.