Pamela Geller cheers for mass arrests, worries that Obama will throw our "ally" under the bus 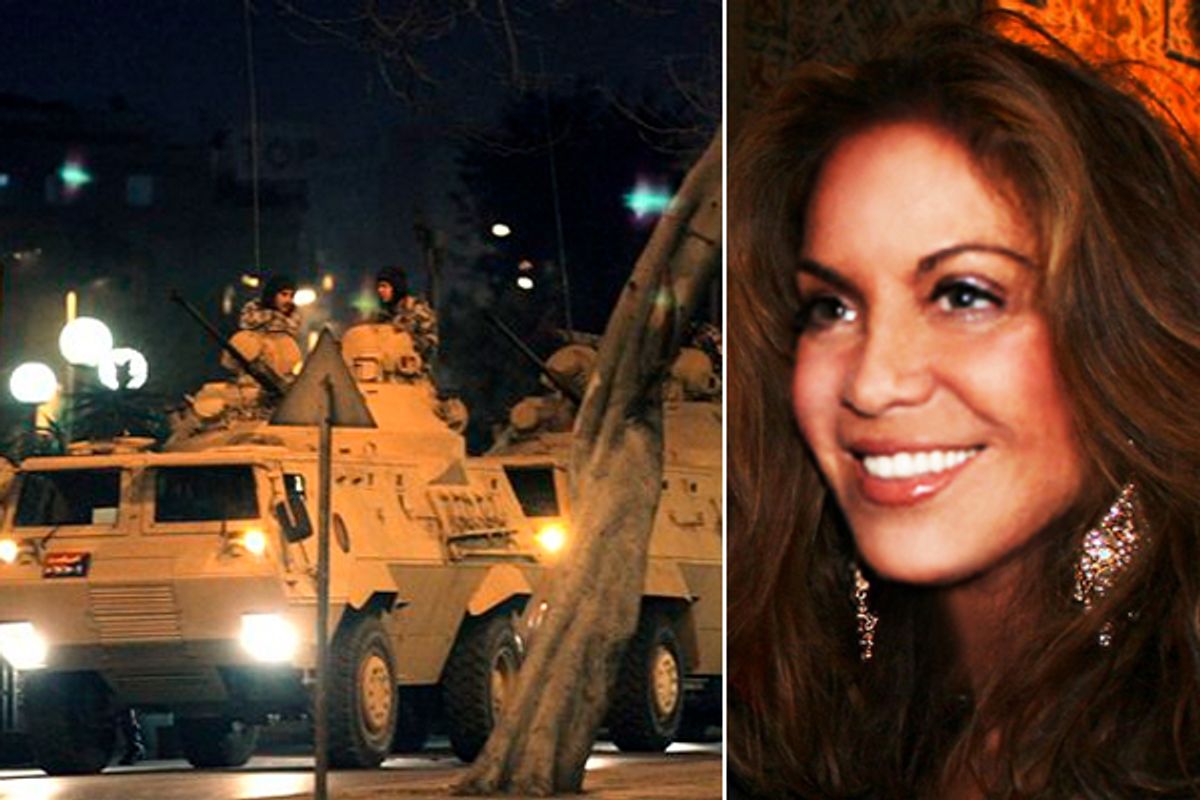 While some conservatives fancifully imagine that George W. Bush's foreign policy misadventures led to these demonstrations in the Arab world, and while others acknowledge that Mubarak is awful but the rest of those Muslims are even worse, one prominent conservative blogger is openly rooting for the repressive Mubarak regime to survive: Pamela "Atlas Shrugs" Geller.

In other words, members of the opposition were swept up and jailed in preparation for a day of demonstrations against the authoritatian government. And this opposition group was not even involved in the initial protests, though they joined in the ongoing demonstrations that began on Friday. "It's a good preventative measure no matter who wins this power struggle," Geller wrote.

But as the world became transfixed by the images out of Egypt today, Geller worried that Barack Obama might abandon our wonderful ally, Hosni Mubarak.

Mubarak has been a US ally for decades. We send three billion dollars a year to Egypt. And Egypt made a peace deal with Israel. But knowing Obama, he will throw another ally under the bus.

Geller continued to demonstrate the limits of her simplistic, binary understanding of the world. "I am all for political freedom," she wrote, except that she prefers Mubarak to, uh, political freedom.