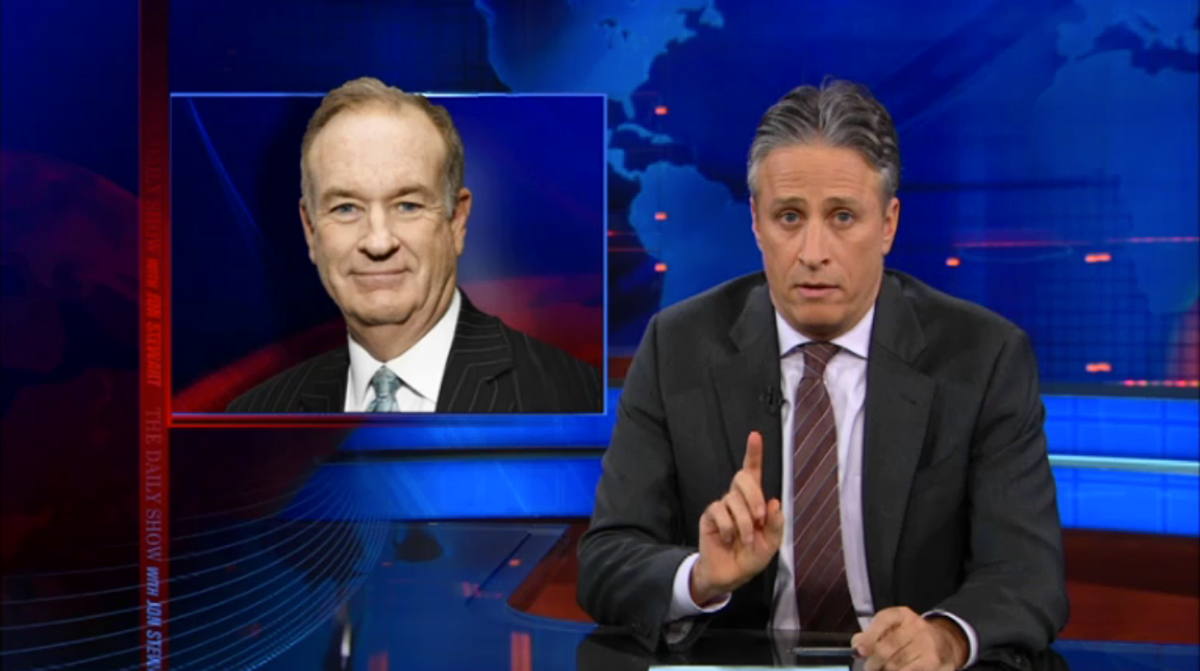 "Why you compared Arianna Huffington and the Huffington Post is immaterial," Jon Stewart said to Bill O'Reilly on the "Daily Show" last night. "Although since you seem interested in getting into it ..."

Like a game of rhetorical tetherball, Stewart and O'Reilly are batting accusations back and forth since Rep. Steve Cohen, a Democrat, compared Republicans' lies about healthcare to Nazi propaganda spread by Joseph Goebbels. Soon thereafter, Megan Kelly denied the use of similar Nazi accusations on her show and her network, Fox News, only to have Stewart point out several examples on Monday's "Daily Show." Bill O'Reilly swatted back. Stewart blocked.

CORRECTION: An earlier version of this post erroneously stated that Rep. Steve Cohen's criticism was directed at Democrats. It was, in fact, directed towards Republicans.