"This moment of volatility has to be turned into a moment of promise." 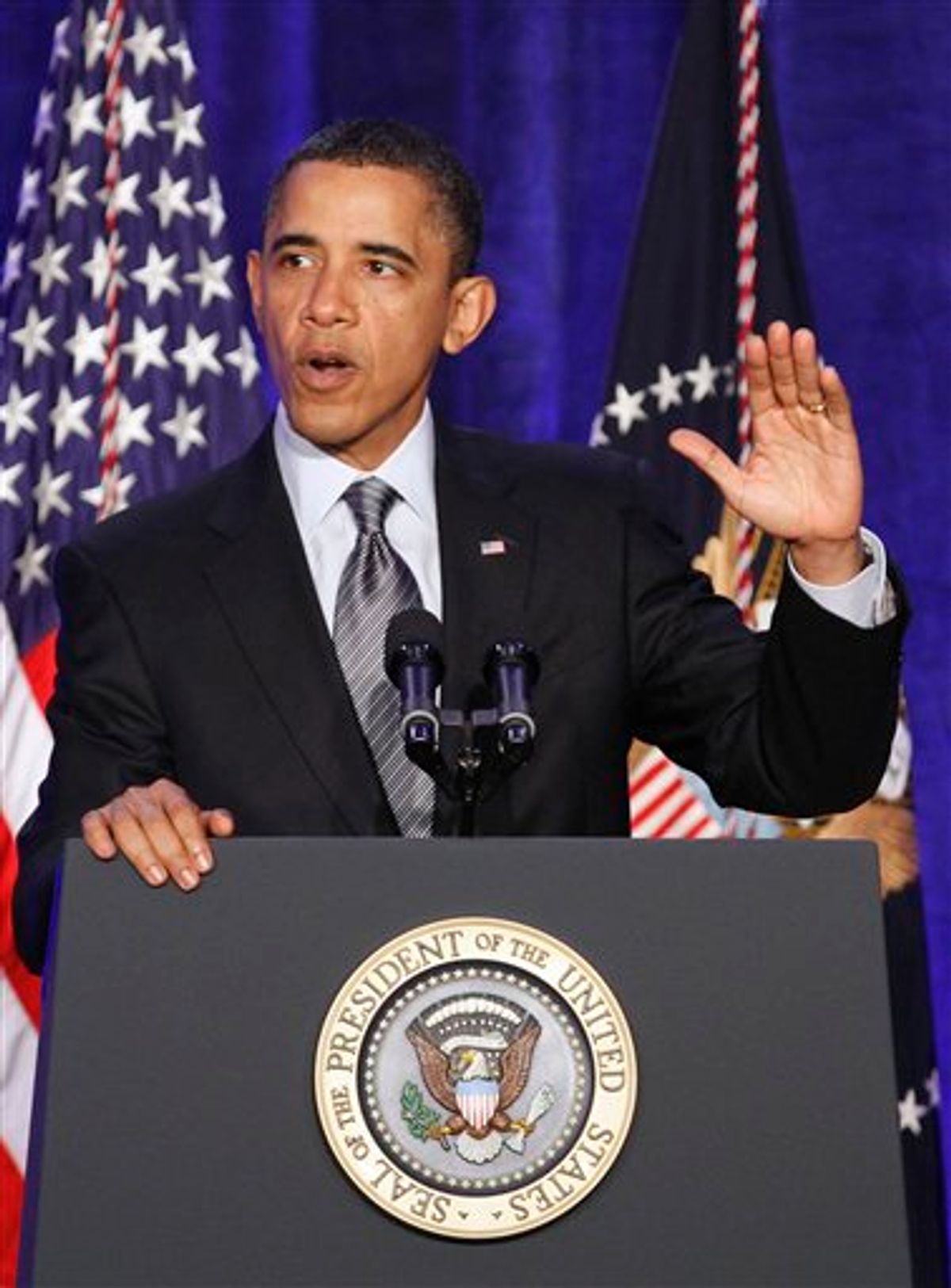 Obama spoke in the White House State Dining Room shortly after Mubarak appeared on television for the first time since the populace unleashed frenzied protests aimed at ending his 30-year authoritarian rule. Mubarak backed his security forces, who've moved violently to put down the protests, and did not offer to step down.

Obama did not call on him to do so. Instead he emphasized the need for Mubarak to make reforms and said: "This moment of volatility has to be turned into a moment of promise."