From the Pundits: Egypt means what? 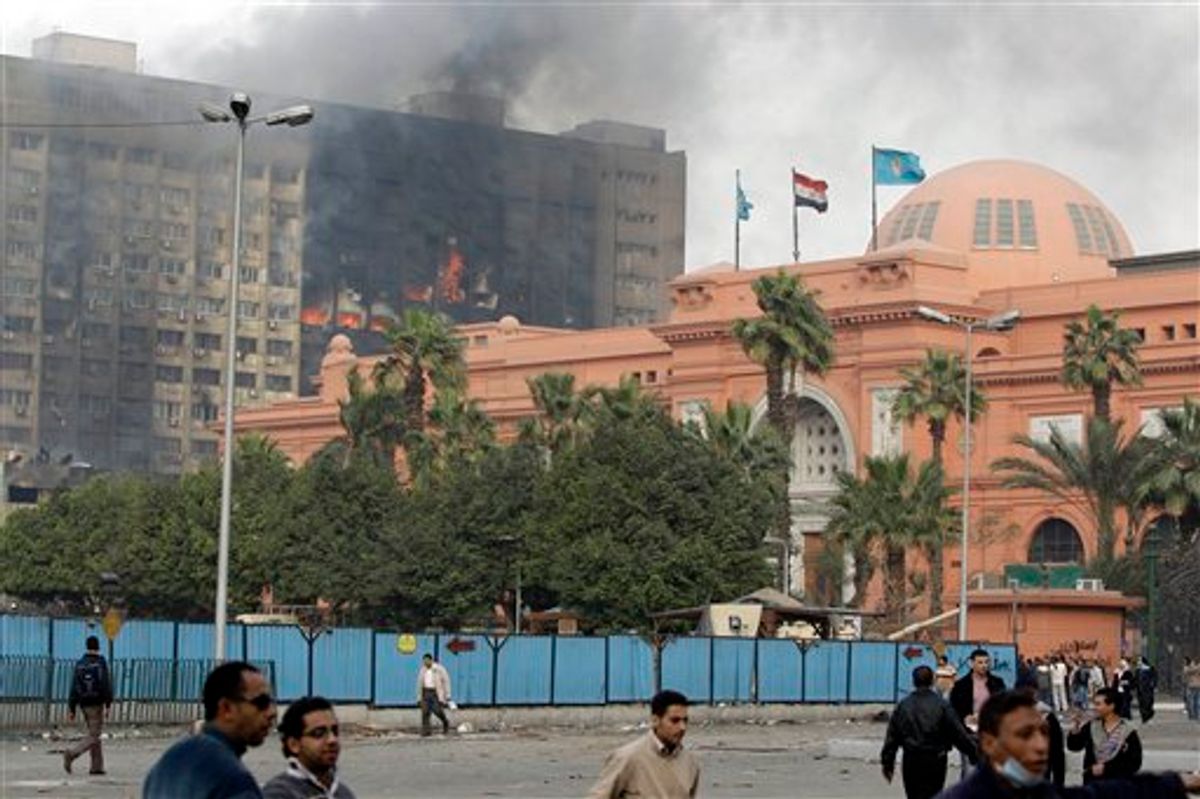 As another Middle Eastern nation inverts its power structure, the West is left to ponder, conjure and hand-wring. What does this populist revolt mean? Is it good for America? Is Obama doing the right thing? The pundits shed light.

I think the instant analysis badly misread his comments and the thrust of the administration's policy. His speech was actually pretty good, as is the rapidly evolving American policy. The administration, it seems to me, is trying hard to protect the protestors from an escalation of violent repression, giving Mubarak just enough rope to hang himself, while carefully preparing to ensure that a transition will go in the direction of a more democratic successor.

Democracy movements are attractive to Washington when they target a regime such as Iran's, but in allied autocracies, they're a problem. There's no way for Egypt to be democratic and exclude the Islamists from political participation. The same is true for most other parts of the Arab world

The problem is that if Mubarak is overthrown, who will take his place? The fear in Washington is that the Muslim Brotherhood will seize power - they are jihadists who hate America and who will help Al Qaeda all day long. There is real danger here for you and me and every American. If countries like Tunisia, Yemen, Egypt and perhaps Jordan are taken over by Muslim fanatics, we will have a true world war on our hands.

Digby writes that many conservatives are cringing in an old anti-democratic pose:

John Bolton was on Fox earlier pimping the idea that this is the work of the Muslim Brotherhood or radical extremists and fretting over the toppling of this "secular" government. If he's any gauge, the Right is reverting to its natural impulse: supporting dictators. They aren't "pro-life" when it comes to the "birth" of democracy after all.

Roger Cohen posits that the Internet has empowered, revealed, the real Middle East:

Above all, the Internet’s impact has been to expose the great delusion that has led Western governments to buttress Arab autocrats: that the only alternative to them was Islamic jihadists. No, the Tunisian revolution was middle-class, un-Islamic and pro-Western. The people in the streets of Cairo are young, connected, non-ideological and pragmatic: They want a promise that Mubarak won’t stand in the presidential election this year or hand power to his son, Gamal, who, by the way, has a nice pad on London’s chic Eaton Square.

Sure there are things Washington can do to prepare for whatever happens in Egypt and across the Arab world, and to discourage violence, and the Obama administration should do them. But when it comes to long-term political change in the region, the real question rising from the so-called Arab street is not what America can do to magically ensure it comes out well for us. It's is the Arab world ready for democracy?

Paul Krugman reveals that even he has an intellectual blind spot:

I don’t know anything, have no expertise, haven’t even ever looked at the economic situation. Hence, no posting. If there comes a point when I have something to say, I will.