Mir Hossein Mousavi supports the protests in Egypt, Tunisia, and Yemen, while crediting Iranians for the spark 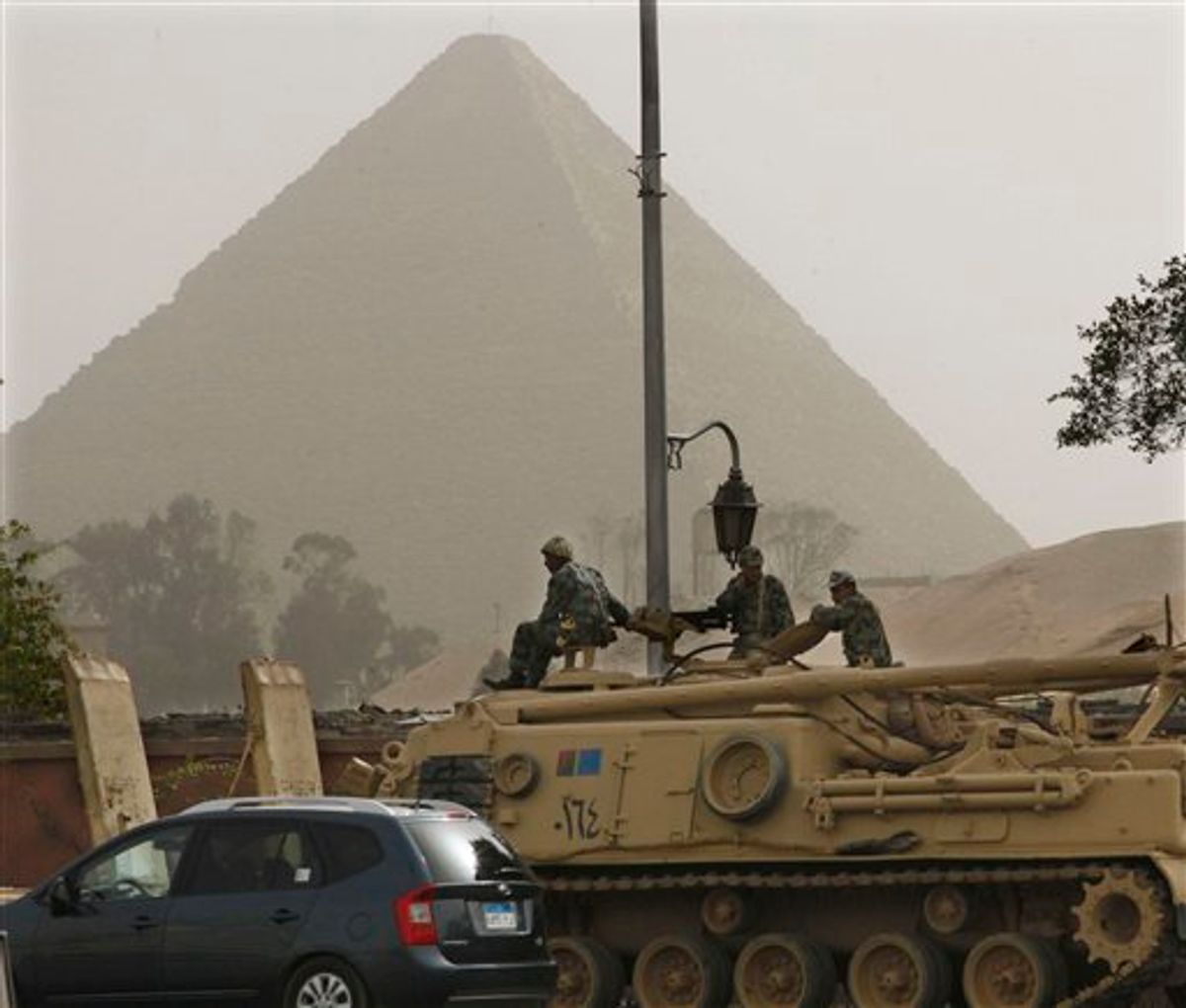 An Egyptian APC vehicle drives near the Pyramids, in Giza, Egypt, Saturday, Jan. 29, 2011. The Pyramids are closed to tourists. (AP Photo/Victoria Hazou) (AP)
--

Iran's opposition leader has expressed hope that protests engulfing Egypt can bring change that has so far evaded his own country.

Mir Hossein Mousavi compared the uprisings in Egypt, Tunisia and Yemen with the protest movement that followed the 2009 disputed elections in Iran.

He says Iran's movement was the starting point but all aimed at ending the "oppression of the rulers."

A heavy crackdown suppressed the peaceful protests in Iran, but Mousavi said Saturday that he hopes Egyptian and Yemeni protesters will succeed in bringing change to their country.