I was a lonely child, with a cruel dad. But I found one way to ease my sadness: Overeating 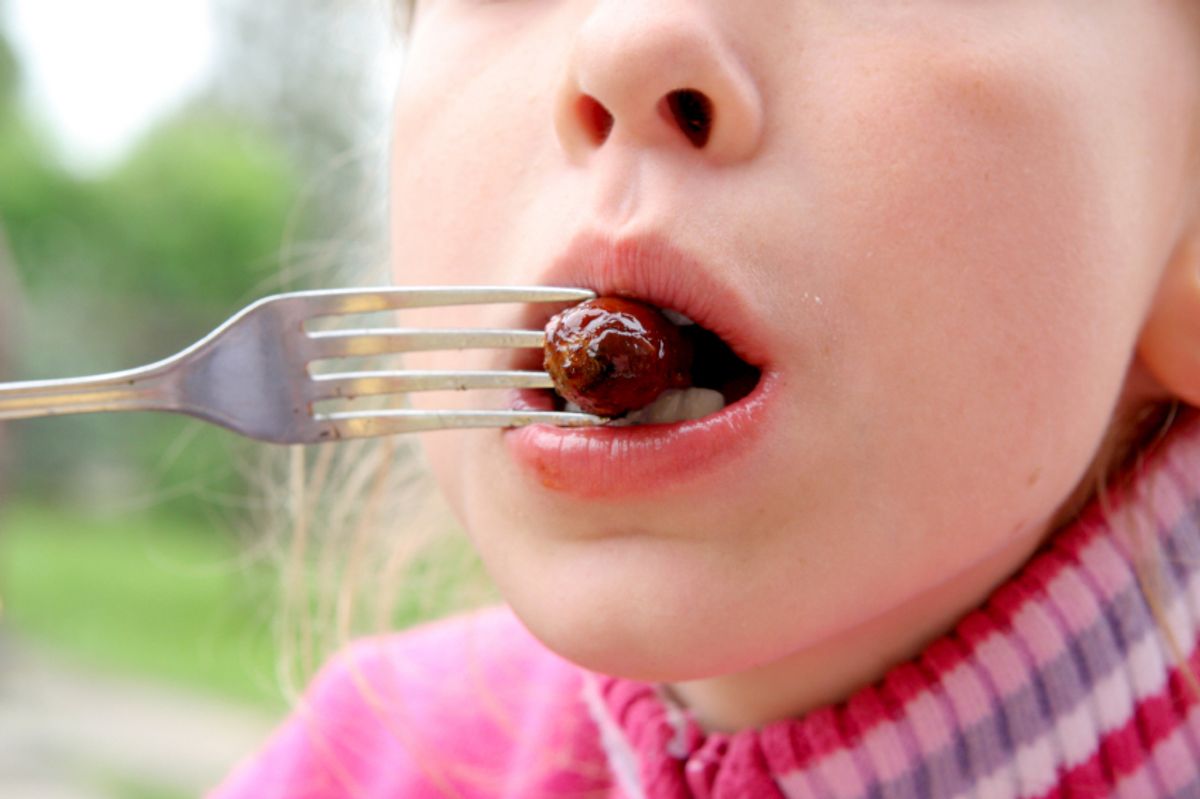 It was a hot summer day in Montvale, New Jersey, circa 1970. I was ten years old, sitting on a curb outside Coiffures by Gigi, the salon where my mother was getting her blond hair teased into a flip by Tom the hairdresser. The summer air was dense and muggy. Maple trees and weeping willows stood still in the stifling heat.

My ritual rarely varied. While my mother got her hair done, I went to the nearby stationery store and bought a few Betty and Veronica comic books. Then I bought a five-pack of Slim Jims at the A&P supermarket. I sat on the curb outside the salon, opened the red-and-yellow box, and took out the first stick. I opened the comic book and begin to read, synchronizing bites with the words.

I knew, even as I ate the entire box of Slim Jims, that this food was bad for me. But the combination of salt, fat, and sugar grabbed me like metal to a magnet. As I chewed the tough sticks, some of the anger, sadness, and bewilderment I felt about myself and my family abated.

Now, as I try to trace and overcome my still-dysfunctional relationship towards food, I look back towards those days.

I was lonely. I was convinced I was born into the wrong family. My father, when not being charming or sick, was a bully. He had, on various occasions, punished me by making me stand with my nose in the corner; washed my mouth out with Phisohex, an old-fashioned antibacterial soap; and hit me with a belt. I was scared to be around him, which, it turns out, was a blessedly rare occurrence, since he traveled six months a year on business. I didn't know what he did, so I told my friends he was an engineer. That sounded respectable, the kind of innocuous professional job that wouldn't invite any further questions.

He made deals, my mother would later told me, as if that explained everything. What kind? She didn't know. How could you accept not knowing what your husband did for a living? I recently asked her. He had his life, I had mine, she said. I guessed later that his work had something to do with oil, since he traveled to Egypt, Saudi Arabia, and other countries where Jews had a hard time traveling. But to this day, I can't be sure.

He loved me. I often felt his warmth. But his love was dangerous and inconsistent.

And so I turned to food for comfort. Sausage is a food that seduces me. It's not the only one. There are a handful of foods that I long for, foods that, once I start eating them, I have a hard time stopping: Cheese. Olives. Chocolate. And sausage. They are my go-to foods, my fill-me-up-and-stuff-me foods. They all involve some combination of salt, fat, and sugar. They hold me captive.

"You're aware, of course, that sausage is a phallic symbol?" a friend asks.

Yes, I am. In classic Freudian theory, it's common for a child to sexually desire the parent of the opposite sex. While it's true that my father was very handsome, with his silky, black, wavy hair and big, soft brown eyes, I didn't want to bed him. I wanted to deck him.

He lacked judgment and fairness in how he meted out punishment. He made me livid and then punished me if I expressed it. He gave me tender love with one hand, then withdrew it with the other. He traveled for six months a year and then waltzed back into our lives, resuming his despotic rule.

No, it's not sex I'm after, but justice. Just once when he was alive I wanted to hear him say he was wrong. That he was sorry. That he fucked up. But he never did.

My father's haphazard kosher rules went something like this: Cheeseburgers? Yes. Shrimp? Okay, but only in Chinese restaurants. Pork? Forget about it. God would not only strike you dead for eating pig, he'd spit on you for good measure. Naturally, then, I ate pork whenever possible, sometimes even with my mother.

Almost every Sunday while I was growing up, she'd take me to our local luncheonette, where we'd sit at the counter on brown Naugahyde-topped swivel stools. My mother ordered a buttered roll and coffee, and I got a ham sandwich on a kaiser roll with spicy mustard. I loved having not only my mother's full attention for an hour, but also her silent complicity in my crime.

My mother loved me, too, but I didn't feel connected to her the way I wanted to be. As children often do, I wanted a mother who would mirror me. I wanted her to encourage my desire to write. I didn't feel seen by her for who I was inside. Only from the vantage point of many decades do I now understand just how difficult her life with my father was, and that it was her steely spine and commitment to her kids that kept our family intact.

My brother, whom I'll call David to protect his privacy, was three years older and had emotional problems. He was 6'5", withdrawn and angry. I was scared of him, and I knew his problems were more profound than my family could or would admit.

My sister was sweet and did not rebel. She did not seem to live as messy a life as I did. She is six years older and inhabited what seems like a different universe. I felt afraid and anxious almost all the time. I didn't know my place in the world and already knew that my family could not help me figure it out.

Six years later, my father and I were home alone, which was rare. We sat at the table in our cheerful pink, yellow, and white kitchen, eating hot dogs and eggs. I always burned the hot dogs, on purpose. I love the taste of semi-charred meat. My father suddenly dropped his fork and clutched his chest. I knew what was about to happen. He was having chest pains, and if his luck was bad, a heart attack.

He had his first heart attack while my mother was in the hospital giving birth to me. When I was growing up, his cardiologist made regular visits in the middle of the night. He'd take his stethoscope out of his black leather bag, and listen to my father's chest, while the huge green metal oxygen tank that stood next to my father's bed pumped air into his nose.

As he clutched his chest I thought, I can't believe I'm the only one home.

I had my drivers permit but I'd only taken a few laps around my old elementary-school parking lot and some sleepy side streets. I backed our silver Grand Prix with its crimson crushed-velvet interior out of our garage and drove him to the hospital, speeding down the thruway at 70 miles an hour. Time seemed to slow down. My only focus was on the road ahead of me. We got there in 15 minutes.

I drove up to the emergency room and yelled, "He's having chest pains!" The orderlies ran out, strapped him to a gurney, and took him inside. Turns out he was, in fact, having a heart attack. His third.

I somehow managed to drive home. My family was still not there. When I was back in my kitchen, I started washing the dishes.

My father and I had such a complicated relationship. I both loved and hated him. He could make me feel beautiful, special, and seen, or, stupid, invisible, and dismissed. His moods changed so quickly, I felt the need to protect myself, insulate myself from him. Eating greasy, salty, fatty food literally padded me, thickened me from the inside out, and that extra padding helped me to feel safe. I suddenly began to sob, the full impact of what just happened starting to sink in. I grabbed one of the cold hot dogs abandoned a few hours earlier and began to eat it. As I chewed, I started to feel numb. I ate some more, until they were all gone.

Dayna Macy, former publicity director of Salon, is a freelance writer and the author of "Ravenous: A Food Lover's Journey from Obsession to Freedom"