Why Washington is so blind on Egypt 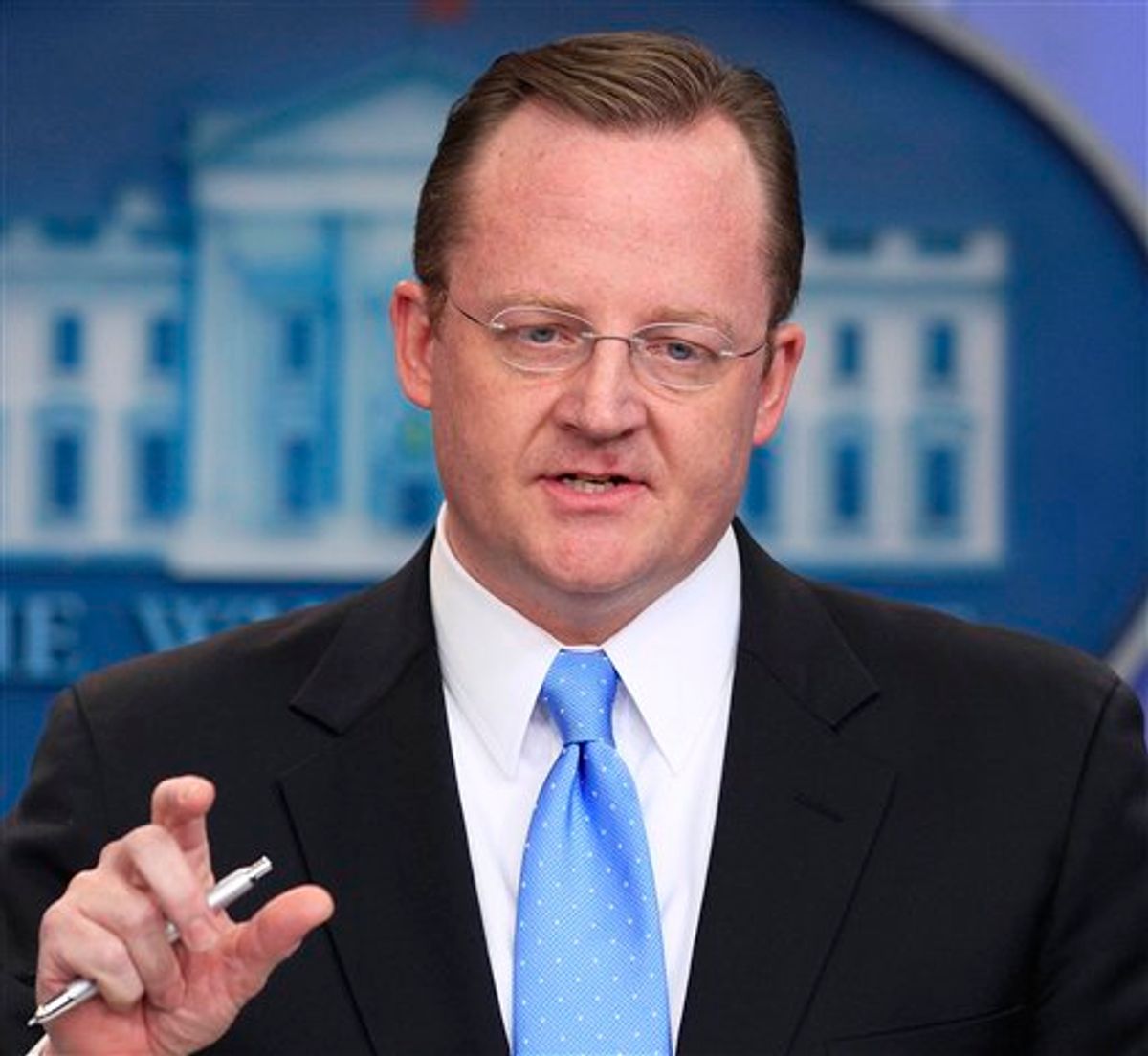 As Egypt’s vast protest enters its seventh day, it is clear that the people on the streets -- young and old, secular and religious, men and more than a few women -- have already started to change the strategic geography of the whole Middle East. Egypt's 83 million people and its strategic location make it the most politically weighty country in the Arab world. And ever since 1974, when Nixon and Kissinger started incorporating Egypt into the pro-U.S. network in the region, it has been a linchpin of that network. The fall of Iran's shah in 1978 and Egypt’s conclusion of a peace agreement with Israel the following year further cemented its position as a key to U.S.-led regional order.

Now, the anti-regime protesters are challenging not only Egypt's president of 31 years, Hosni Mubarak, but also this regional order. The large military and repressive apparatus that Mubarak has maintained in the country -- with the help of generous arms transfers, financing and training from Washington -- is proving incapable of keeping him in power. In Washington, as the Daily Beast’s John Barry has chronicled, Obama administration officials were taken completely by surprise by the scope of the popular uprising and have felt almost powerless to intervene.

The sense of official Washington’s perplexity and powerlessness that radiates out of Barry’s reporting is quite justified. There are many objective reasons why Washington has been unable to intervene to prop up its longtime ally. What, after all, could Washington have hoped to do? It has no strike force of its own capable of swooping in and beating back the protesters, in the way that the British or French empires might have attempted in similar circumstances 100 years ago. And in an era in which protesters can immediately hold up for the cameras of the global media tear gas shells or rubber-coated steel bullets that clearly signal "Made in the USA," there is not a lot of indirect help Washington could have given Mubarak’s security forces, either.

In fact, Mubarak’s long-bloated "security" forces have themselves ruptured over how to deal with the demonstrators. The elite Central Security forces have tried to beat the demonstrators back from key locations in Cairo, and in many other cities (though not Cairo) police or gendarmerie units have shot live ammo into several crowds, reportedly killing more than 100 people so far. (Most of these shootings took place far from any TV cameras.) In many places, the regular police units seem to have splintered completely; and there have been numerous reports of policemen in or out of uniform looting, setting fires or engaging in other forms of mayhem. There have been political arrests and many common jails have opened.

Regarding the military, meanwhile, large tanks from the army’s ground forces have entered public spaces in Cairo, with their commanders expressing a desire only to "restore calm" as they engage in face-to-face dialogue with protest leaders. But air force commanders have sent U.S.-made jets and helicopters roaring low over Cairo, in an apparent attempt to intimidate.

So the picture is very murky. Clearly, one of the main political "dialogues" in Cairo right now is the one being conducted among the commanders of all these parts of the country’s security apparatus. And equally clearly, despite the long links between Egypt’s security apparatus (including those parts of it that have conducted torture against accused terrorists under contract from the U.S. military) and various organs of the U.S. government, Washington currently has few levers with which it can determine the outcome.

The other important dialogue going on in Cairo is among the leaders of the various security forces, the leaders of the movements taking part in the protests, and other political figures, like the evident "president-in-waiting," Mohamed ElBaradei.

ElBaradei is a key figure marked principally by his political independence and his advocacy of an effective and decent form of constitutionalism in the country. The main movements taking part in the protests have been the largely secular Kifaya ("Enough") and April 6 Youth movements -- and the venerable Islamists of the country’s Muslim Brotherhood (MB).

Of these, the MB is far and away the weightiest. Its leadership has been savvy and intentionally non-confrontational. Many of the MB’s nationally known leaders were arrested on Friday morning. (Some may since then, like Mandela back in 1990, have been hauled in by their captors to engage in preliminary political negotiations.) But the MB had anyway decided, as the Washington Post’s Will Englund reported Monday, to keep a deliberately low profile in the protest movement. Englund quotes former MB head Mahdi Akef: "If we had led, they would have massacred us ... All we want is freedom for all the people. Freedom would give us space for movement."

Englund reports that the groups organizing the demonstrations have established a committee of 10 people to deal with the government -- and the MB is definitely included. (The MB has expressed support for ElBaradei becoming president.) This group of 10 is, presumably, hoping to negotiate as peaceful as possible a transition of power -- a goal that many in the regular army and also, certainly, many in Egypt’s large business-owning class can be expected to sympathize with.

But in the deliberations among the group of 10, Washington is, again, almost powerless to intervene. While the U.S. embassy in Cairo has had some cautious dealings with the Kifaya movement, it has had none for many years now with the MB. The whole hideous concrete edifice of the U.S. embassy essentially has no eyes or ears on the real politics of the country.

At a different level, Washington itself is blind (or, rather, self-blinded) regarding political trends in Egypt or much of the rest of the Middle East. This self-blinding occurred as a result of the lengthy campaign -- waged enthusiastically under Presidents Clinton and George W. Bush, and still maintained under Obama -- against the incorporation into policymaking circles of anyone who wanted to listen as closely to the non-Israelis who make up the vast majority of the region's people, as they do to the far less numerous Israelis.

Pro-Israeli groups and individuals in Congress and the rest of the American political elite have worked hard, for decades now, to demean and marginalize the work of anyone who seeks to understand trends in the Arab world on their own terms. They sowed the wind of our government’s current, stunningly evident impotence regarding events in Egypt. Now we are reaping the whirlwind.

Actually, as the now-inevitable successor government takes over in Egypt -- and this may take a few months yet to settle down -- the whirlwind will probably not be so bad for most Americans as some fear. A successor government in Cairo will most likely want to have good relations with Washington, as with all other governments around the world. It may well be prepared to live with all the legal terms of the Egyptian-Israeli peace treaty. But most likely, if it is to mark the "clean break" with Mubarakism that is the only source for stability inside Egypt, it will not perform the many other "special services" that Mubarak always seemed so happy to offer to Washington -- and to Israel. That is: No more "torture on demand" for the U.S. Special Forces; no more collaborating with Israel to keep the people of Gaza imprisoned; no more covering up for Israel's gross violations of international law in the occupied territories; no more being a useful U.S. cat's-paw in the region.

I'm hoping for a relatively peaceful change of power in Cairo. There are many indications -- though still no certainty -- that this can happen. If it does, it will send forth a broad ripple of geopolitical changes that will transform the whole Middle East in many ways, most of them for the better.

And that small country of some 7 million souls that perches just above Egypt’s northeast tip? For many years now, the interests of that country, Israel, have always been front and center in any American discussion about the Middle East. Israel was always seen as a crucial ally in the region, one with a special capacity to understand and give advice about its affairs. What has Israel's role been this past week?

Well, on Wednesday -- the day after Egypt saw the large-scale first protest, on Jan. 25 -- the head of Israel's military intelligence was assuring a Knesset committee that "There are currently no doubts about the stability of the regime in Egypt." By Sunday, Prime Minister Benjamin Netanyahu and other Israeli officials were clearly terrified. Desperately running behind the curve, they ordered their diplomats around the world to urge leaders to keep Mubarak in power.

Israel, in short, has been of no use whatsoever to President Obama as he has tried to figure out how to respond to this fast-moving uprising that is far and away the most significant development in the geopolitics of the Middle East since Bush’s invasion of Iraq. But Israel’s situation is now revealed as worse than that. It is not just that it is of no use to Washington. Its actions over the past 40 years, and those of its many cheerleaders inside the U.S. body politic, are now clearly revealed as having undercut our country’s ability to pursue a reasonable, peaceable and rights-based policy throughout the region.

And without having an Egyptian president who is ready and able to act as Israel's shield and spear, both Israel and the United States are now going to have to look at the whole of the remaining "Arab-Israeli question" in a completely new way.

Helena Cobban is the owner of Just World Books. She has reported on and analyzed Middle East affairs since 1975. From 1990-2007 she wrote a regular column on global issues for The Christian Science Monitor. She blogs at Just World News.