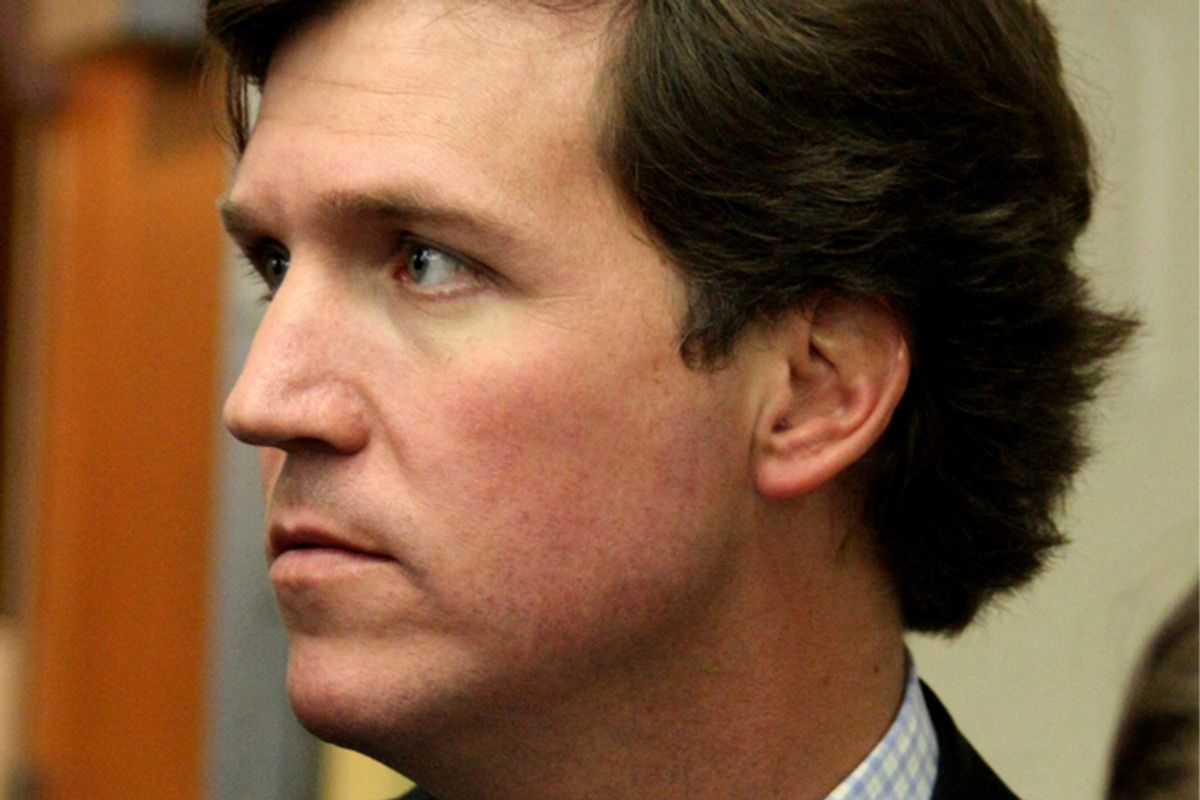 At the 2009 CPAC, Carlson was actually booed for saying that the journalists at the New York Times care about accuracy, because everyone knows that the MSM is full of lying liberals, and also because activist conservatives are basically hostile to the idea that facts exist.

Since then, Carlson has launched his own news website, and he learned that in order to get attention, "accuracy" must sometimes take a backseat to "telling people that what they wish to be true is true," and also "stupid stunts." (Don't get me wrong -- I love stupid stunts.) Here is a Daily Caller headline that I just saw two minutes ago: "UFO drops flare-like objects over Utah [VIDEO]." (Again, don't get me wrong -- I also love UFO news.)

According to the AIM press release: "The Reed Irvine Accuracy in Media Award was established in 2005 to honor those who have made outstanding contributions to the practice of journalism in the tradition of Reed Irvine by independently covering and reporting on news that was misreported or ignored by the mainstream press."

Great moments in Daily Caller accuracy: When the Caller trolled the blogosphere with the "story" about how pedestrian deaths "increased sharply" because of Michelle Obama's "Let's Move" campaign; it did not point out that the "increase" was a grand total of seven more deaths. The tortuously edited snippets of conversations from JournoList that it published were flagrantly misrepresented. Incredibly, it hasn't corrected this birther story based on an obvious hoax. Why did the MSM ignore these stores in favor of reporting on things that actually matter, or sometimes even things that actually happened?

AIM will also give an award to Ken Timmerman from Newsmax, your one-stop shop for gold ads and Dick Morris blog posts.

(My favorite part of AIM's website is the little Twitter box that publishes everything posted with the hashtag #mediabias. Let's all agree that it would be very childish of us to tweet silly things using that hashtag.) (My second favorite part of the website is that it is basically an endless series of Cliff Kincaid columns that no one will ever read.)