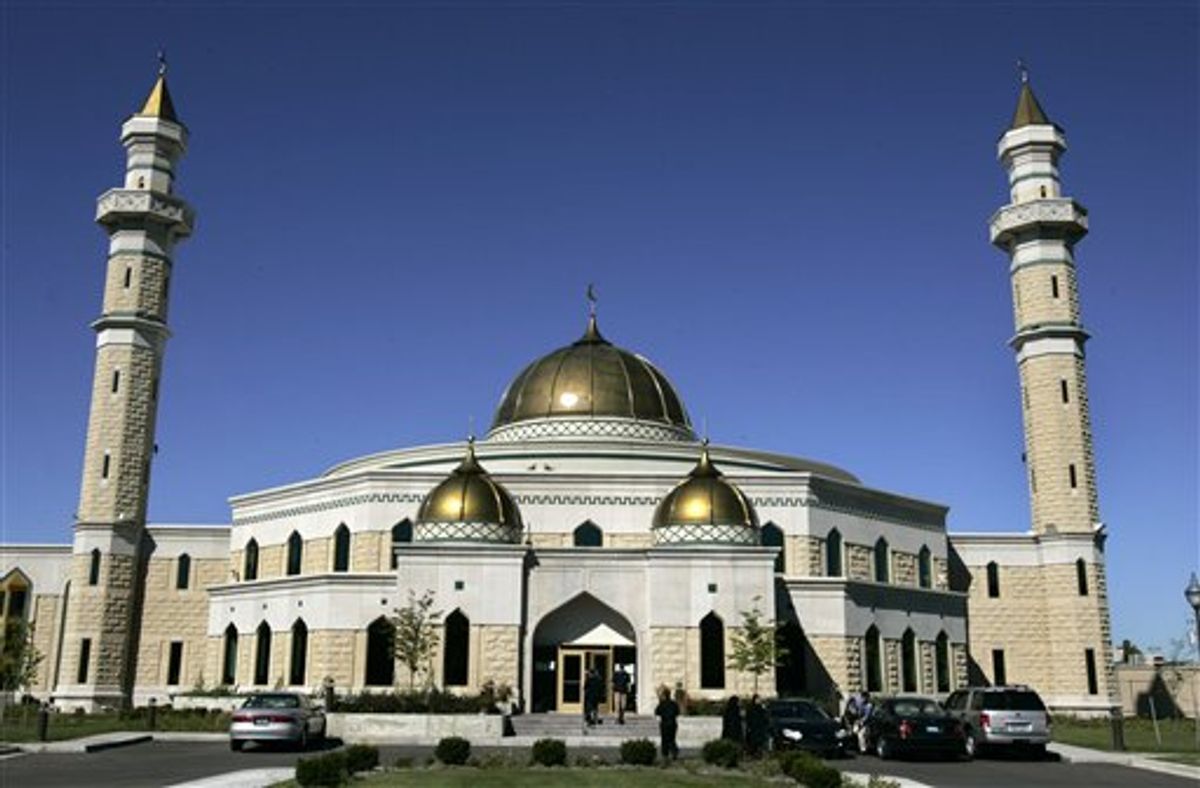 A Southern California man caught with explosives in his vehicle outside a large suburban Detroit mosque where mourners had gathered for a funeral was planning to try to blow it up, authorities say.

Dearborn police Chief Ronald Haddad said Sunday that authorities believe Roger Stockham was acting alone in the plot against one of the nation's largest mosques but still take him "very seriously." He was arraigned Wednesday on one count of making a false report or threat of terrorism and one count of possessing explosives with an unlawful intent.

Stockham had a large but undisclosed quantity of class-C fireworks including M-80s, which are outlawed in Michigan, Haddad said.

"I was comfortable with the fact that we had taken him off the street -- he isn't going anywhere," Haddad said. "I think the society he wanted to impact is safe."

Haddad said Stockham was arrested the evening of Jan. 24 in the parking lot of Islamic Center of America, while a large group was gathered inside. He said police received a 911 call from a resident.

He said Stockham has "a long history of anti-government activities," though he declined to elaborate.

The chief said he called the mosque leader, Imam Hassan al-Qazwini, early Tuesday to let him know of the arrest, and later met with Qazwini and mosque board members. He said members shared concerns about copycat crimes if the arrest was publicized, and Haddad said he understood.

"We never want to put something out there that gives someone the 'how-to,'" Haddad said.

Qazwini informed worshippers about the incident during his sermon Friday. The Council on American-Islamic Relations' Michigan chapter issued a news release Saturday night and the police followed Sunday morning.

Stockham remained jailed Sunday on a $500,000 bond. A preliminary examination is scheduled for Friday.

Police didn't know whether Stockham had an attorney. A public records search did not turn up a listed number for Stockham, though Haddad said he lives in Imperial Beach, near San Diego.

At a small two-story apartment building in Imperial Beach that records show as Stockham's last address, resident Landon DeBono said Stockham moved out three or four weeks ago, and said something about being in trouble. DeBono called Stockham a "pretty mellow guy" who spent much of his time at the local Veterans of Foreign Wars post bar.

"He was always by himself," DeBono told the San Diego Union-Tribune. "Nobody came to visit him."

Dearborn, located about 10 miles west of Detroit, is the capital of the Detroit area's Arab-American community, which is one of the largest in the U.S.