"Bridalplasty": The reality TV apocalypse no one watched

Now that "Bridalplasty" has ended its reign of terror, we talk to an expert about what the show taught us 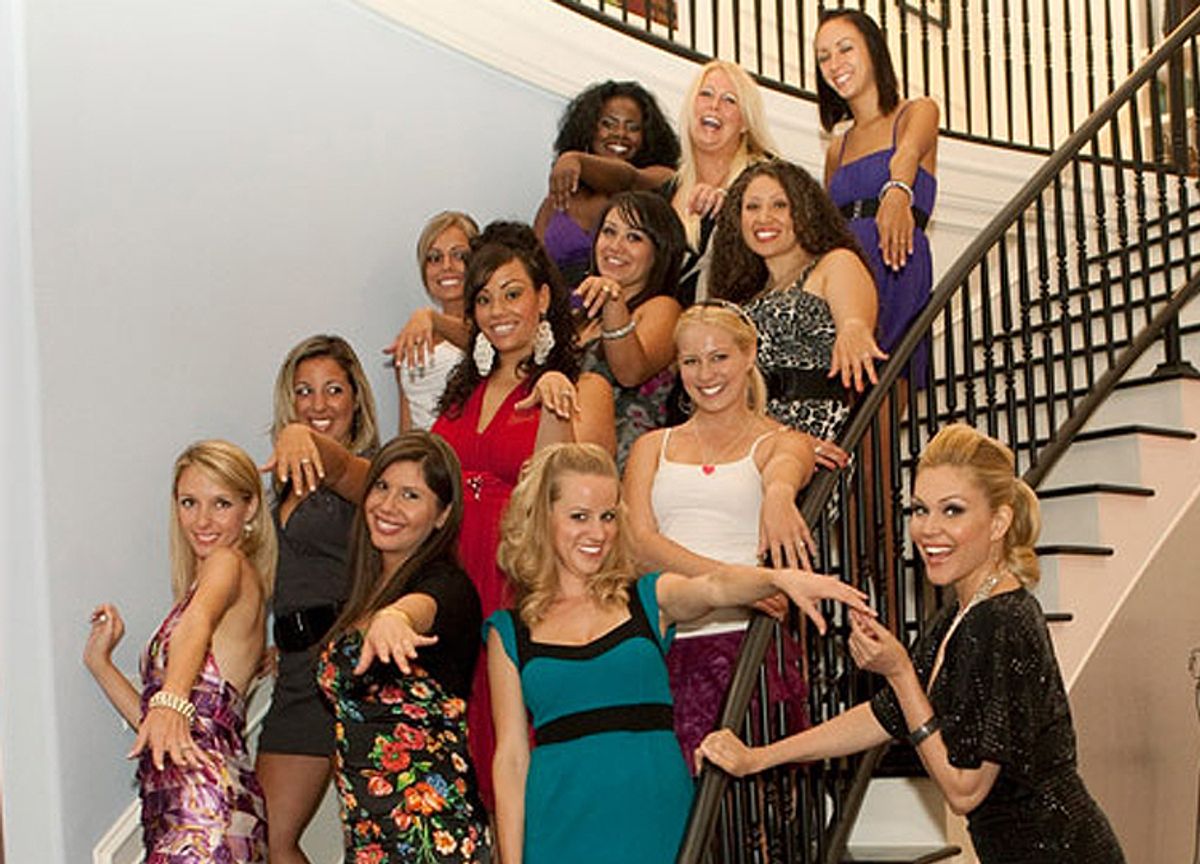 The E! reality show "Bridalplasty" concluded its first Botox-injected season last night. In case you're not among the 600,000 or so viewers who religiously tuned in for the season, 12 brides-to-be competed in challenges (trying to distinguish between Dom Pérignon and Andre Strawberry Sparkling Wine, for instance) to win surgeries -- liposuction, rhinoplasty, implants or dental veneers. After 10 brides were eliminated, "Bachelor"-style, Midwestern gal and fan favorite Allyson beat conniving Janessa and won a lavish Malibu wedding, in addition to multiple cosmetic procedures.

"Bridalplasty" may have spiked hand-wringing over reality TV --  "The Final TV Show Ever Made Before Mankind Slips Quietly Into the Dust," read the headline on Videogum -- but its ratings were dismal. Nine hundred thousand viewers caught the first episode, and numbers declined as the season wore on. When "Gene Simmons' Family Jewels" is beating you by nearly 700,000 viewers, you haven't exactly struck reality TV gold. And yet, the idea of "Bridaplasty" resonated -- if not as destination television, then at least as a punch line. To discuss the strange phenomenon that was "Bridalplasty," Salon enlisted the help of media critic Jennifer Pozner, whose book "Reality Bites Back: The Troubling Truth About Guilty Pleasure TV" offers an enlightening history of a much-reviled, but much-watched genre.

Now that the world has survived the first season of "Bridalplasty," can you place it in the reality TV tradition for us? How was this show different from the kind of reality programming we’ve become used to in the last decade or so? It seems like the surgery aspect of the show really freaked people out.

When I first wrote about the show, my headline was "Bridalplasty: If you're shocked, then you haven't been paying attention." Because this show is basically nothing new at all. It is "Extreme Makeover" and "The Swan," all the plastic surgery, you're nothing if you're not a perfect 10, you must achieve plastic Photoshopped equivalent of perfection by any means necessary, and we will never tell the audience that there's any sort of health risk, meets the wedding industrial complex shows, "Bridezillas" and "My Fair Wedding." These shows that tell us that the most important thing about marriage is the wedding day and the product placement trappings of the wedding day, not the actual being married part. The idea of that show is that the only way to be a perfect bride is to have a physical top-to-bottom renovation, just like you might renovate your rec room, only this time you have to renovate your nose, and your ass, and your rack.

And it's absolutely disgusting, the way the show has played out. They did change the catchphrase from the first episode -- it became slightly softer. When they first announced it, the woman who was eliminated was told, "You'll still be getting married, your wedding just won’t be perfect." They changed it to "may not be perfect" -- which is just as awful, but maybe they got a little bit of outrage from people.

Who do you think watched "Bridalplasty"? Was it other brides, planning their weddings?

For "Bridalplasty," I think they were banking on the audience being the same type of audience that likes to watch "Jersey Shore," "Flavor of Love," and "The Bachelor," for the mockery of it. For the schadenfreude and for the spectacle. I think they were also hoping to tap into the general audience for all the wedding shows, but honestly, the WE channel, the Lifetime channel, the TLC folks that do all the wedding shows, those aren't the ones that have all the ratings. Those are a niche audience. I think that they were really looking for the audience that tunes into ABC's "Extreme Makeover," Fox's "The Swan," those were big hits in the early part of the decade because of the over-the-top we-hadn't-seen-it-before spectacle of women being told that they're nothing without the benevolent scalpels of network television. And I think they were also looking for the same audience that laughs when women cry when they're eliminated from "The Bachelor."

Is it surprising to you that programming like this is still airing when we've had more than a decade of elimination shows like "The Bachelor" and "The Swan." The same thing happens every season on dating shows: People get eliminated, there's a winner. Why are we still watching this?

I'm glad that you said that nothing new really happens, because it's true. When they first introduced the plastic surgery shows, it was to amp up the shock level. If your business model is "Oh my God, what the hell is wrong with these people," and trying to elicit that response in an audience, then you keep having to layer on shock value. We're often told these shows are extremely popular when very often they're not. What we're told by networks and reality producers is that this genre exists simply because we the public demand it. That is very often a lie. It's a very convenient lie to mask media economics. It can cost 50-75 percent less to make a reality show than to make a scripted show. That's massively lower production costs before you add on hundreds of thousands, potentially millions of dollars in product placements per show per season. They don't even have to sell a single commercial before they're already profiting. If it gets good ratings, that's a bonus for them. In every episode of "Bridalplasty," there were "wedding experts" from the wedding field, designers who make dresses, and floral architects -- when did we come up with the term "floral architect" -- it's a simple economic equation that brings up this type of programming.