Bad ideas are not always violations of our founding document 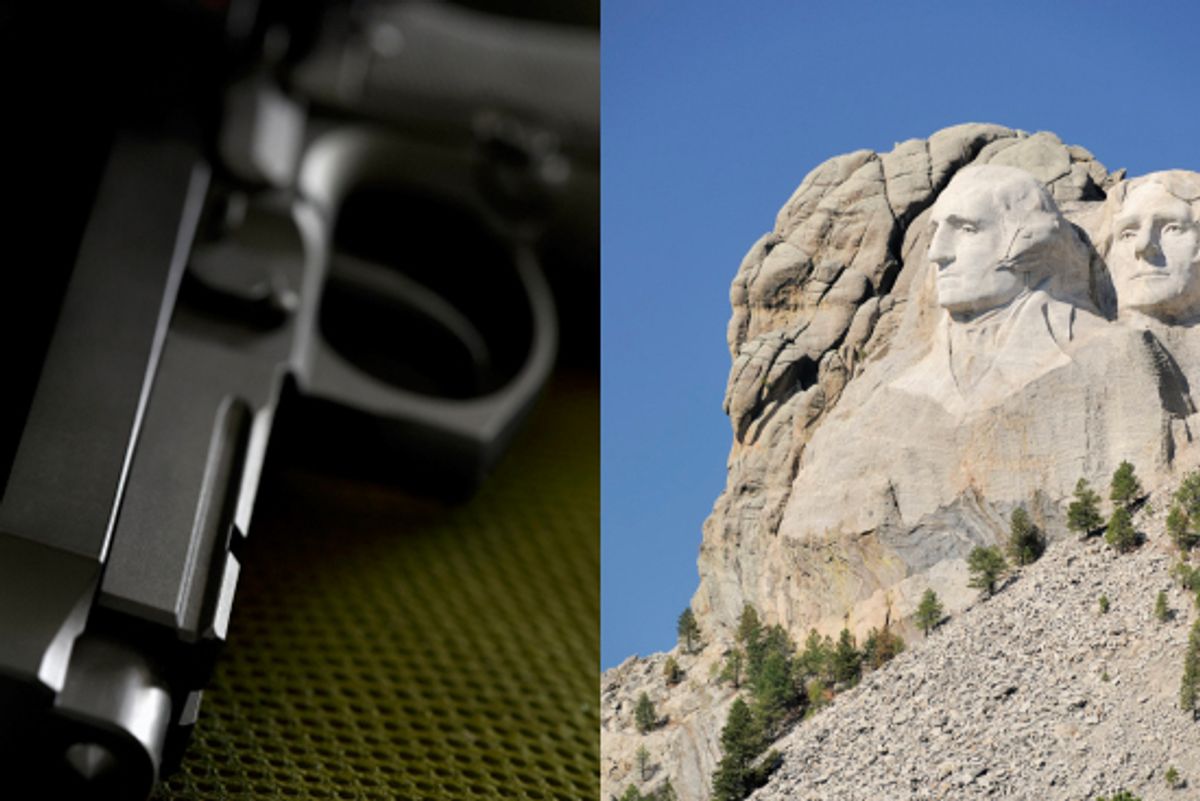 In order to prove some stupid point about how the healthcare reform individual mandate is an unconstitutional violation of our liberties, some South Dakota state legislators have successfully gained a lot of attention by introducing a very silly proposal with no shot at becoming law (until it is introduced in Arizona): the gun mandate.

The bill, which would take effect Jan. 1, 2012, would give people six months to acquire a firearm after turning 21. The provision does not apply to people who are barred from owning a firearm.

Nor does the measure specify what type of firearm. Instead, residents would pick one “suitable to their temperament, physical capacity, and preference.”

No one expects the bill to become a law, but these guys are just trying to make a point, and that point is that they don't even understand conservative talking points about the individual mandate. The argument against the individual mandate is that the federal government doesn't have the power to compel people to purchase private insurance. It is not about what states can and can't do. That's kind of the fundamental issue, actually. The role and powers of the federal government.

"Do I or the other cosponsors believe that the State of South Dakota can require citizens to buy firearms? Of course not."

Ok, sir, but I am actually pretty sure that South Dakota does have the power to do that, if you guys actually pass that law. Unless there's something about it in the South Dakota Constitution, I can't really see what would be unconstitutional about this awful idea. Sometimes awful ideas aren't unconstitutional! The Tea Parties should learn this: Just because I don't like it, doesn't mean it's not allowed under the Constitution.

Also, for the record, the Federal Government used to make everyone join militias -- and buy guns! -- back when the actual literal Founders were in charge, so I think this has to qualify as completely unsuccessful trolling on the part of some South Dakota state legislators. Step up your game, crazy state legislators.

(The other flaw in this plan is that everyone in South Dakota already has a gun.)