The Egyptian revolution, as told by Fox News

It's all "Islamists" and "Muslim Brotherhood" on Rupert Murdoch's channel 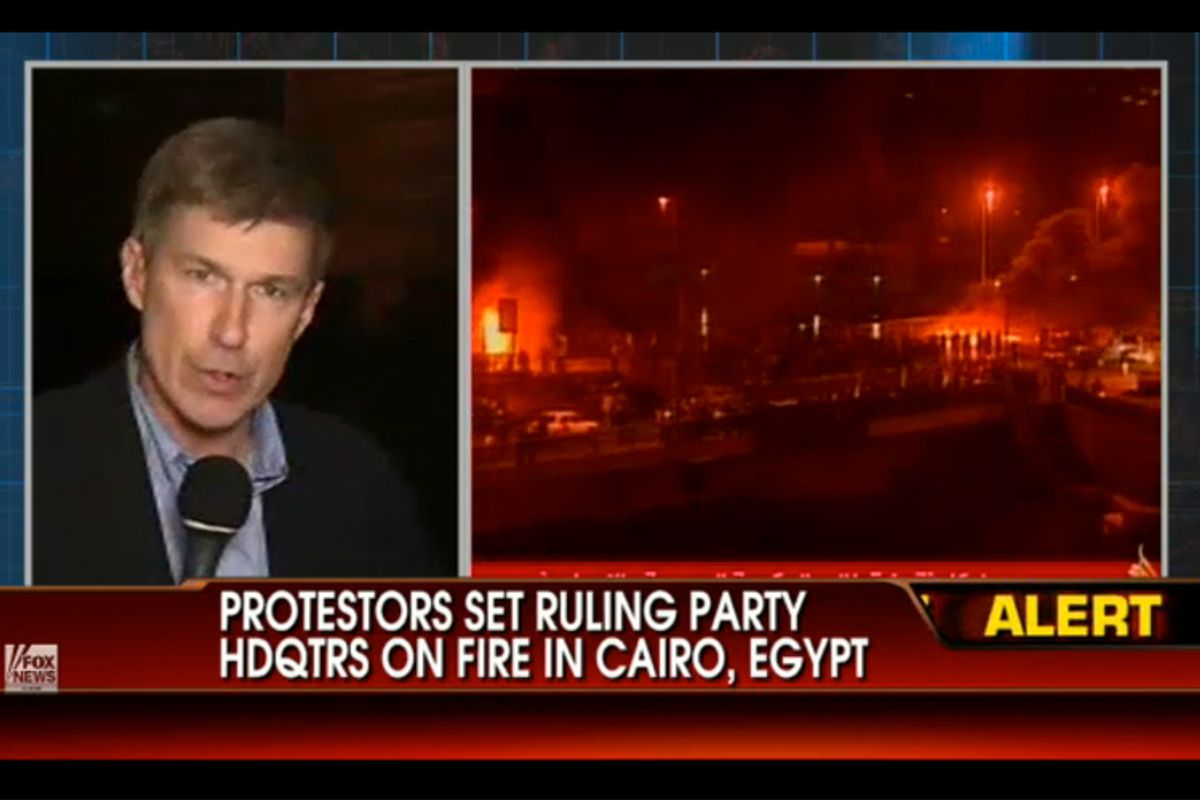 The tone for Fox News' coverage -- or lack thereof -- of the protests that are sweeping Egypt was set last Friday, when the demonstrations escalated to such a level that even Western media outlets couldn't justify ignoring them any longer. As the Guardian's Richard Adams described it on his liveblog:

The main US cable news networks had given Egypt minimal coverage so far this week, partly because of the time difference but also because of the president's state of the union address on Tuesday night absorbing so much energy. That has all changed today, with the the extraordinary scenes from Egypt filling America's TV screens...

The exception has been Fox News, where coverage has been more muted. "You probably don't give a lot of time thinking about Egypt," a Fox News presenter suggested about an hour ago, before explaining that "groups linked to al-Qaida" were in danger of taking over the government in Cairo.

It shouldn't be a surprise that an outlet owned by Rupert Murdoch, whose media empire routinely gives voice to Islamophobic paranoia and was instrumental in inciting and promoting the "ground zero mosque" controversy, would frame the Egyptian revolution not as a popular democratic uprising but rather as the sinister work of  radical "Islamists" -- and a potential threat to the United States. The following video should give you a flavor of what Fox personalities (Beck's radio show is not on Fox News) have been saying since last Friday.