Mubarak speaks of stepping down, then steps away from blame

Responding to the march of millions, the embattled Egyptian dictator makes motions to leave in September 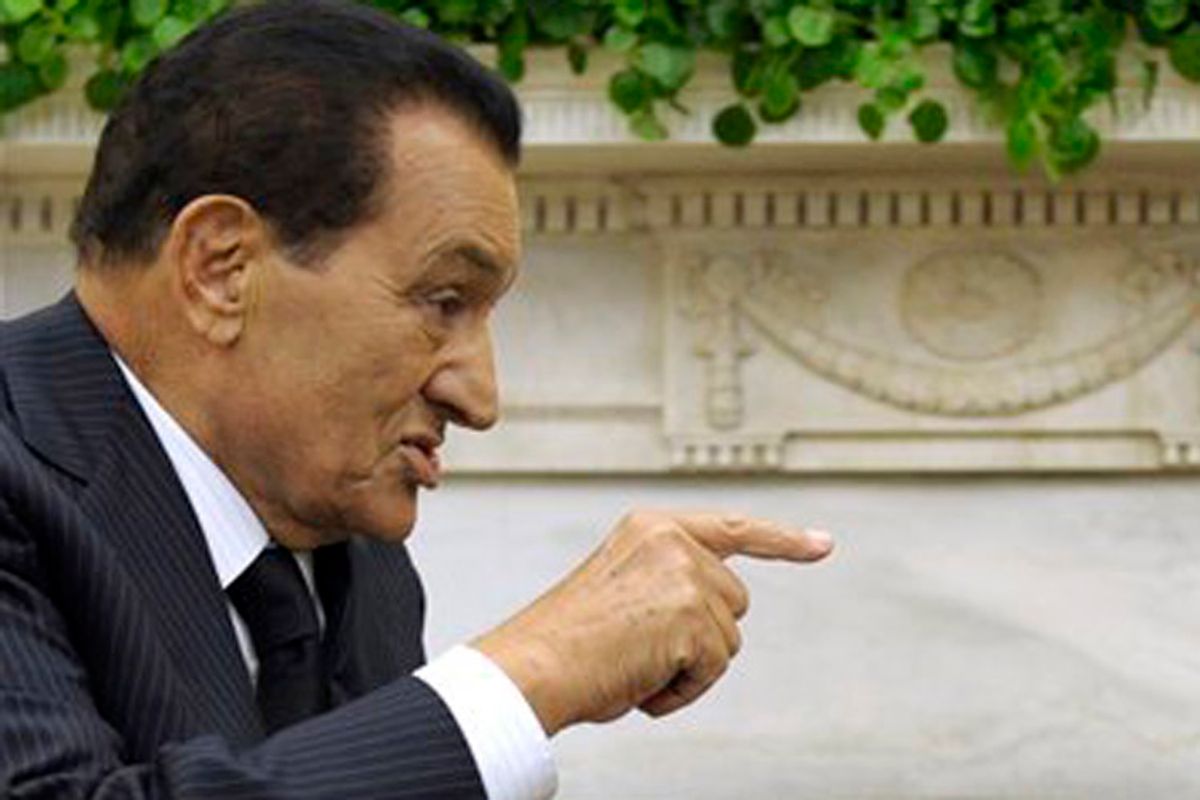 FILE - In a Sept. 1, 2010 file photo, President Barack Obama meets with Egyptian President Hosni Mubarak, in the Oval Office of the White House in Washington. More than a quarter-million people flooded Cairo's main square Tuesday, Feb. 1, 2011 in a stunning and jubilant array of young and old, urban poor and middle class professionals, mounting by far the largest protest yet in a week of unrelenting demands for Mubarak to leave after nearly 30 years in power. (AP Photo/Susan Walsh, File) (Susan Walsh)
--

An hour before midnight, Egypt's state television network aired a recorded speech by President Hosni Mubarak. The millions outside his door waited -- as did hundreds of millions around the world -- for his response to what many have called a revolution.

Though Mubarak spoke in Arabic, he used familiar (translated) language:

I will be judged by history, by my merits and demerits.

This stubborn trope knows no borders. Ah yes, history will save Mubarak when his own people won't. History will look back on the torture, repression and desperate Internet scrapping with doe-eyed fondness.

The president depicted Egypt as a land overrun by political manipulation. He lamented the fear felt by average Egyptians at the hands of the chaos-makers. He catered to a silent majority that, based on the news coverage, is likely a slim sliver of a silent minority. An appeal "to immediately ... identify and arrest the outlaws who perpetrated the mayhem" probably won him a few supporters among the throbbing Cairo throng.

Finally, after the waiting and the defiant part of the rant, Mubarak announced that he would step down at term's end, which is what he'd been planning to do anyway.

I tell you in absolute veracity. I did not intend to run for the coming Presidency. I have exhausted my life, however, I am totally keen on ending my career for the sake to the nation.

He continued by offering to help the transition of power. So, Egyptians must wait. They've been waiting for years:

If all goes according to his plan, Mubarak will hold his office for another few months on the vague promise that there will be a transition down the road. That may not quell those who want him out by Friday, but it's a start for a man so publicly divorced from the reality of his own predicament.

Either way, the still-seated president of Egypt spoke loudly to why the United States should not support a dictator so detached.