Guess who got invited back to host the Golden Globes

Ricky Gervais dropped some jaws with his Golden Globes performance this year. And they want him back 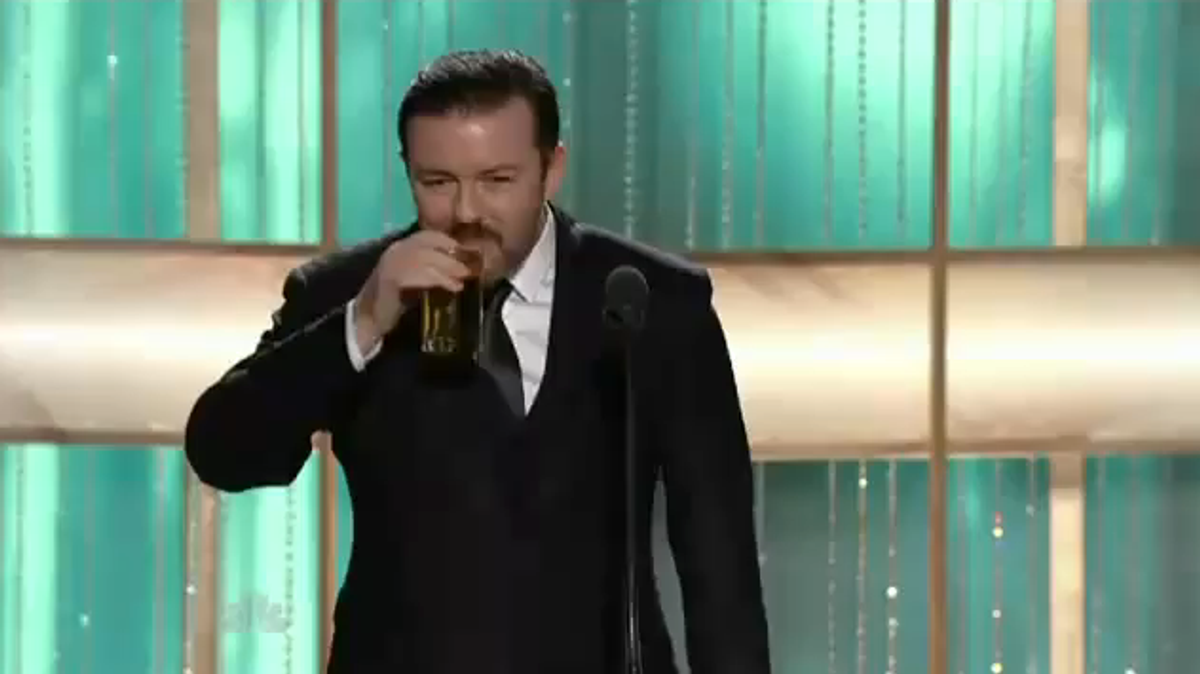 "Hello and welcome to the 68th annual Golden Globe Awards live from the Beverly Hilton Hotel in Los Angeles. It's going to be a night of partying and heavy drinking. Or as Charlie Sheen calls it: breakfast."

Expect more of that next year. The Hollywood Foreign Press wants Ricky Gervais and his headline-grabbing one-liners back on stage next year. The British comedian drew some criticism for being a meanie with a performance during which "decades' worth of skepticism and resentment bubbled to the surface." Gervais stood by his borderline offensive, somewhat derogatory and sometimes just plain hilarious jokes.

We stand by the hope that maybe, just maybe, next year's Golden Globes, Ricky will reunite with his early 80s glampop band Seona Dancing.

And in case you haven't seen it, here's this year's terrific opening monologue.