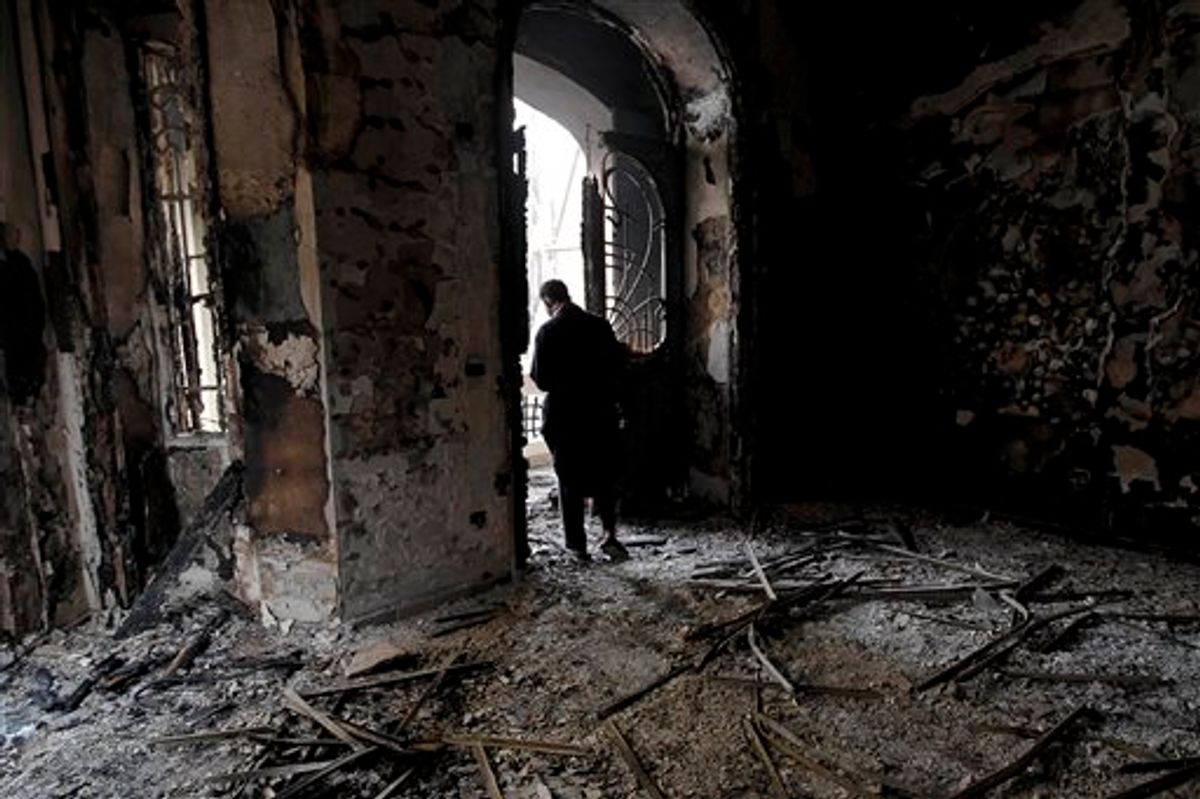 What's the best way for a government to promote fear of instability? Why, state-sponsored violence and looting, of course!

Human Rights Watch confirmed rumors today that undercover police officers -- who were supposed to be stopping looters -- have been looting themselves. Working under President Hosni Mubarak, card-carrying members of state security forces looted and vandalized areas of Cairo and also shot several protesters. According to Peter Bouckaert, emergency director for Human Rights Watch, the state's actions encouraged violence in order to bolster the illusion of instability. In tandem, Egypt state television took an alarmist tone to accomplish the same goal. Said Bouckaert:

Mubarak's mantra to his own people was that he was the guarantor of the nation's stability. It would make sense that he would want to send the message that without him, there is no safety.