"We pay him $1.3 billion a year but...that money buys us security. Remember, we haven't had a single mummy attack" 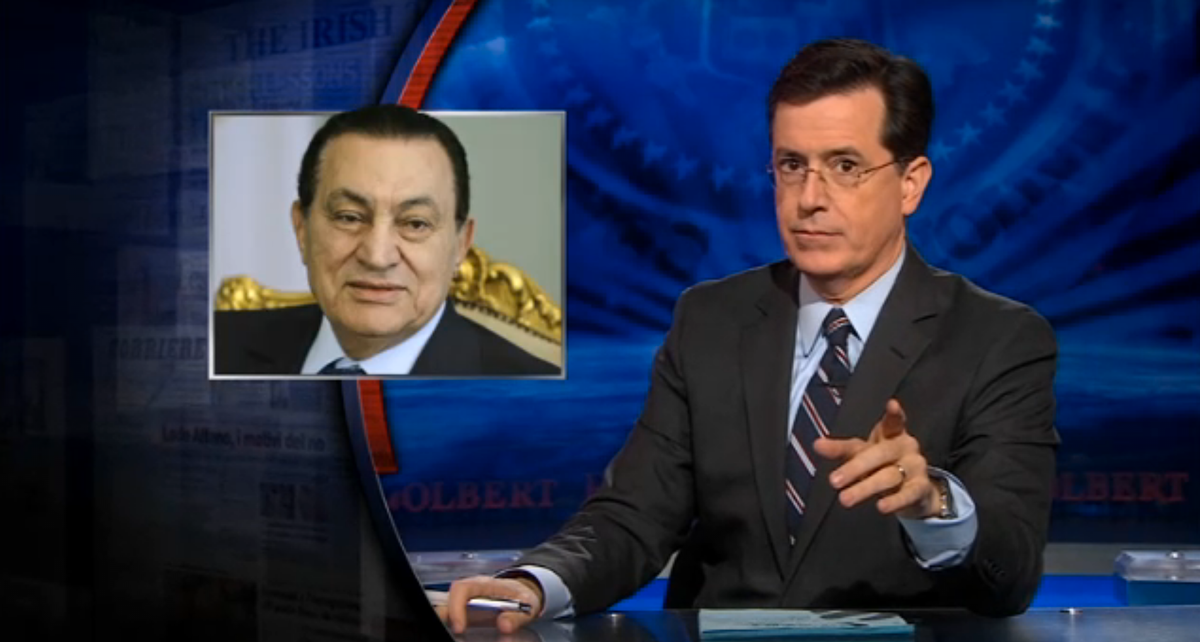 Stephen Colbert traces the long-standing U.S. relationship with Egypt in last night's "Colbert Report." With photographic evidence of meet-and-greets with Presidents Obama, Bush, Clinton, Bush, Reagan, Carter, Lincoln,and King George III, Mubarek has to be our friend. We pay him $1.3 billion annually to like us!

Besides, if we don't continue to support his extremely oppressive and violence-ridden regime, gas prices could surge. By 10 cents a gallon.

Afterall, Mubarek does have some experience.  And ElBaradei was the former chief of U.N. atomic energy, which is, as Colbert astutely points out, just a degree removed from the "one-man nuclear holocaust" in-waiting.