Answers to basic "who" questions about Egypt

Who is Hosni Mubarak? Who is Mohamed ElBaradei? And who are the Muslim Brotherhood? 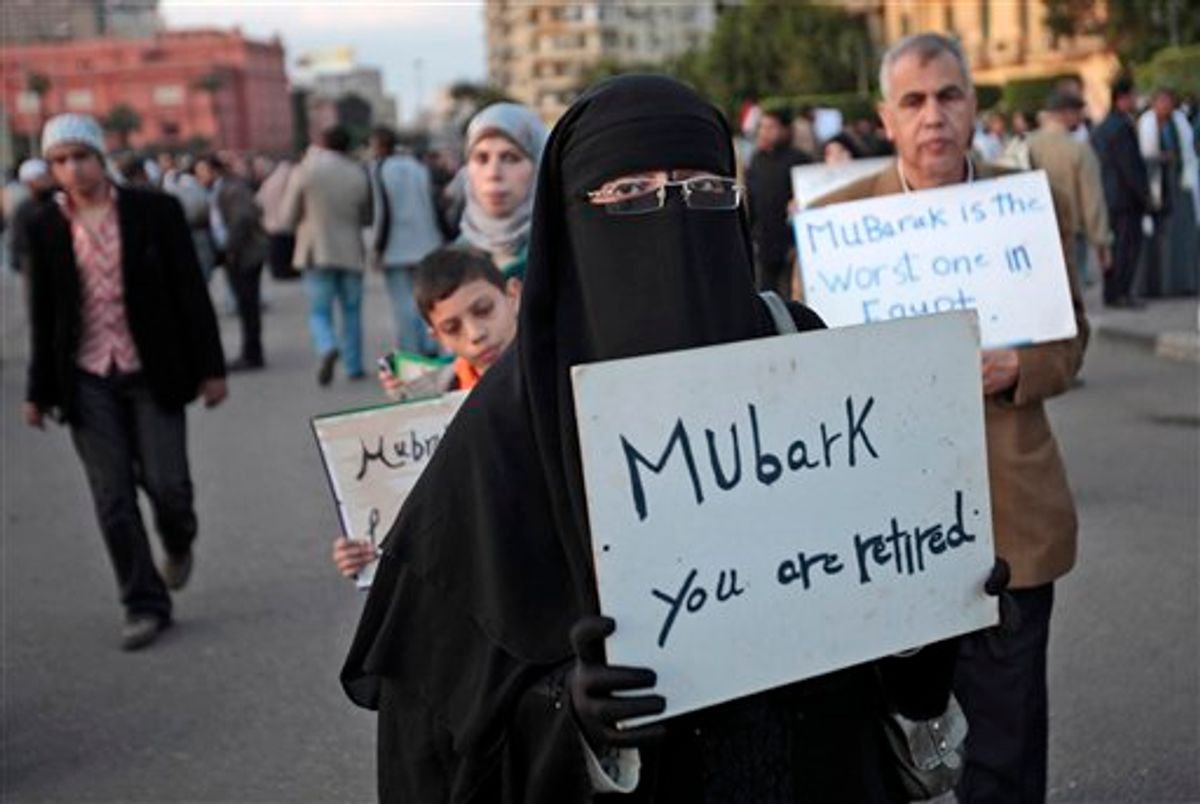 A woman carrying a placard referring to Egyptian President Hosni Mubarak attends a demonstration by anti-government protesters in Cairo's Tahrir Square, Egypt, Monday, Jan. 31, 2011. A coalition of opposition groups called for a million people to take to Cairo's streets Tuesday to demand the removal of Mubarak. AP Photo/Lefteris Pitarakis) (AP)
--

The main characters involved implicated in the demostrations read like a who's-who list of Egypt's primary political factions.

President Hosni Mubarak: Now in his 30th year in office, Egypt's fourth president so far has refused to surrender his office despite a unifed call from protestors for him to step down.

Muslim Brotherhood: The largest and oldest Islamic political group could lead the next regime in Egypt. We profiled them recently, too.