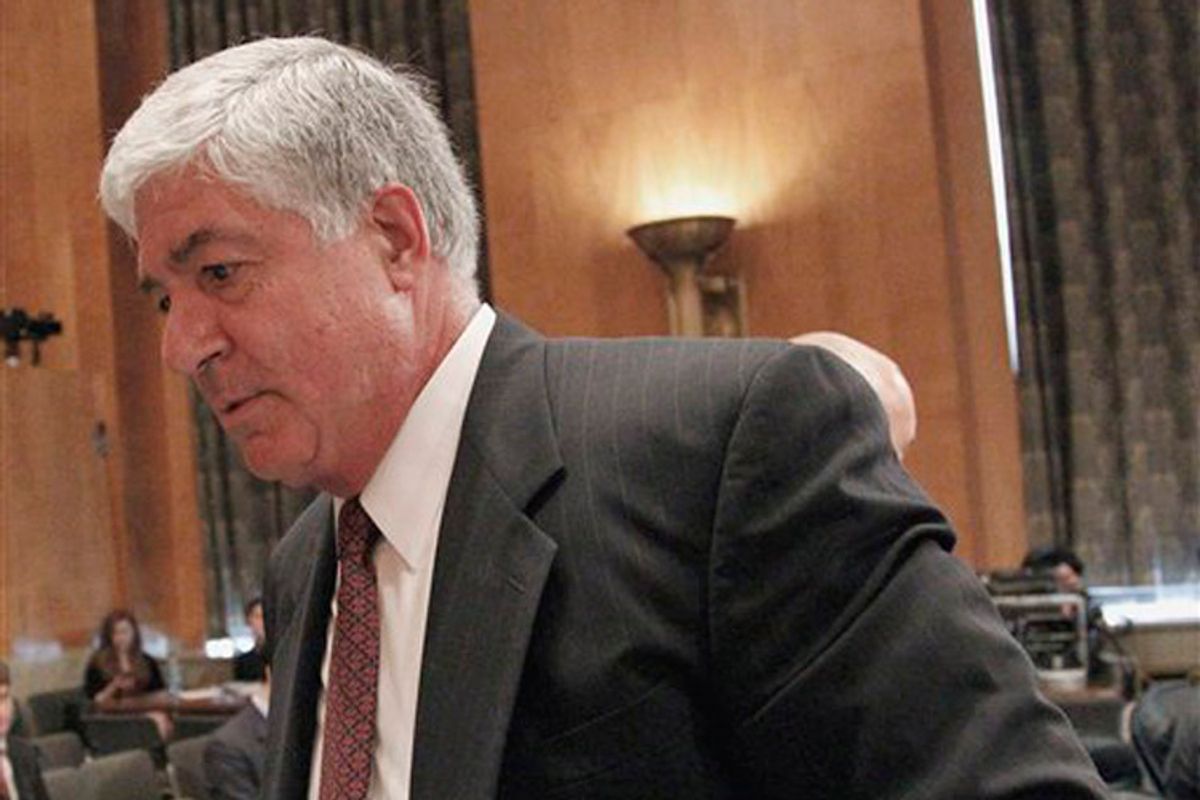 Could Treasury Secretary Timothy Geithner please send someone over to AIG to slap some sense into CEO Robert Benmosche? I am aware that the man is undergoing chemotherapy in a fight against cancer, but that's no excuse for the remarks he made at an insurance conference in Washington on Tuesday. According to Benmosche, cultural reasons explain why AIG's mortgage insurance subsidiary is doing better in red states than blue states

"All of the states where we're a leader, where we're the No. 1 insurer, are red states, all of the states where we're at the bottom are blue states," Benmosche, 66, said yesterday at a conference in Washington. "Part of what we found out is that our model is about culture and it's about the attitude in the public. And what we find is where there's more of a tendency for people to be more liberal, more that the government is responsible for what happens to me."

In other words, liberals are deadbeats. They're not buying mortgage insurance because they'll be happy to walk away from their loans, no doubt whistling "This Land is Your Land" while they shred their mortgage statements.

I am unaware of any hard numbers breaking down the political affiliations of homeowners who have gone into default on their mortgages. Of the states with the biggest housing busts, California, Florida, Nevada and Arizona, only California is firmly in the blue category. (Florida flips back and forth, but judging by the most recent state election results, is now definitely in the red.) So it's hard to generalize from that data.

What I do know is that red states notoriously consume more federal dollars than they pay in taxes, for the very simple reason that red states tend to be poorer than blue states, and thus consume more than their fair share of such government benefits as Medicaid. So it might be prudent to exercise restraint when speculating about personal responsibility and the government dole according to which way electoral votes tend to fall.

And what's absolutely indisputable is that AIG is the poster child for the entire category of "irresponsible company that had to be bailed out by the government." AIG's credit swap salesmen were ground zero for the financial crisis, and in order to prevent their recklessness from taking down the entire banking system with them,  the federal government poured as much as $180 billion into the company. The U.S. Treasury now owns 92 percent of the company.

That isn't Benmosche's fault, as he joined the circus long after the big tent had already gone up in flames, but you'd still think he could be a little more sensitive. The government, after all, is responsible for his company having the opportunity to make any profits whatsoever.