GOPer: "I can't tell you" if I'm carrying a gun

Rep. Allen West (R-FL) may or may not be packing heat 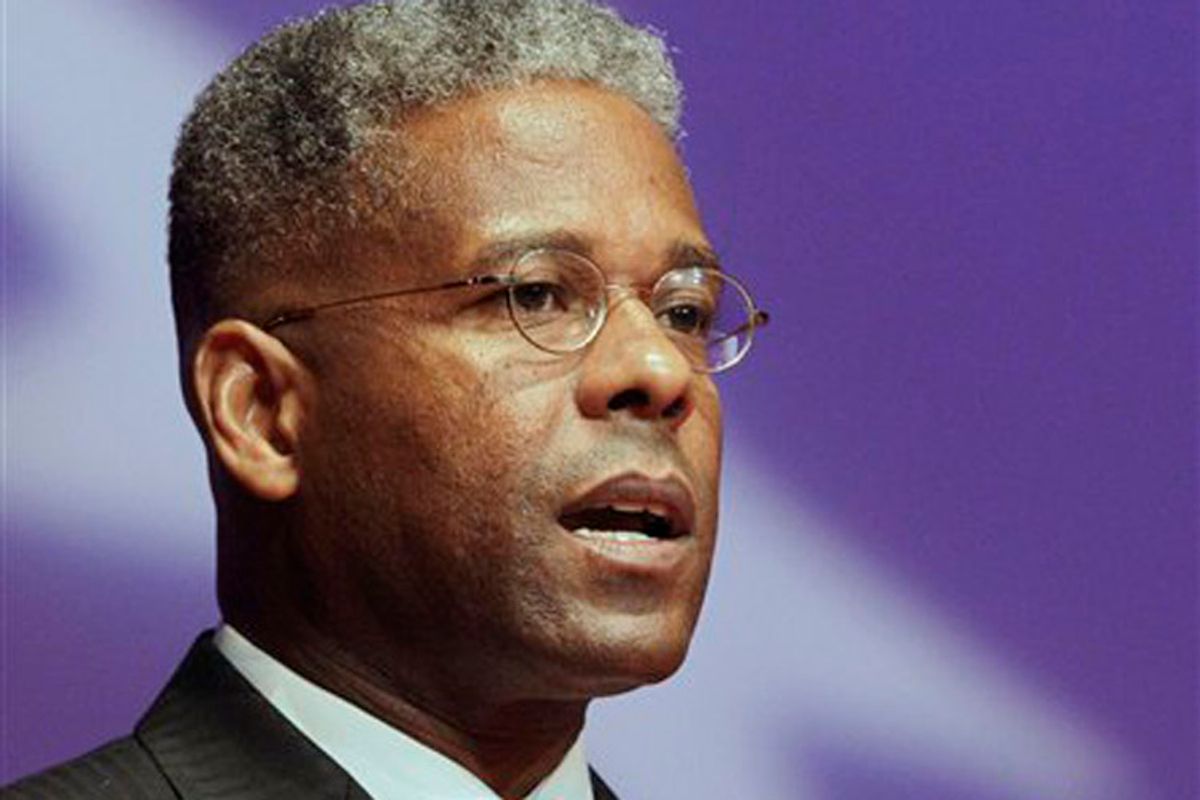 In the wake of the mass shooting in Tucson last month, several members of Congress promised to start carrying concealed weapons to their public events with constituents.

But Rep. Allen West, the Tea Party favorite from Florida elected in 2010, appears to be the first congressman to actually follow through on that pledge -- or maybe not. He's being cagey about it.

From a CNN report on a West town hall Monday night:

West, who has a permit to carry concealed weapons in Florida, also suggested to reporters he will be armed at some of his events. "I've had a concealed weapons license for quite some time, about the last two to three years, and I take it upon myself and my personal responsibility, but I choose the venues in which I'll carry," West told CNN.

Asked if he was carrying a gun Monday night, West replied, "I can't tell you that."

As TPM's David Kurtz quipped last month, "Re: congressman wanting to carry guns now, I have trouble quickly drawing my cellphone out of my pocket."