As the worst winter storm in decades wallops the nation, a groundhog in Pennsylvania does not see his shadow 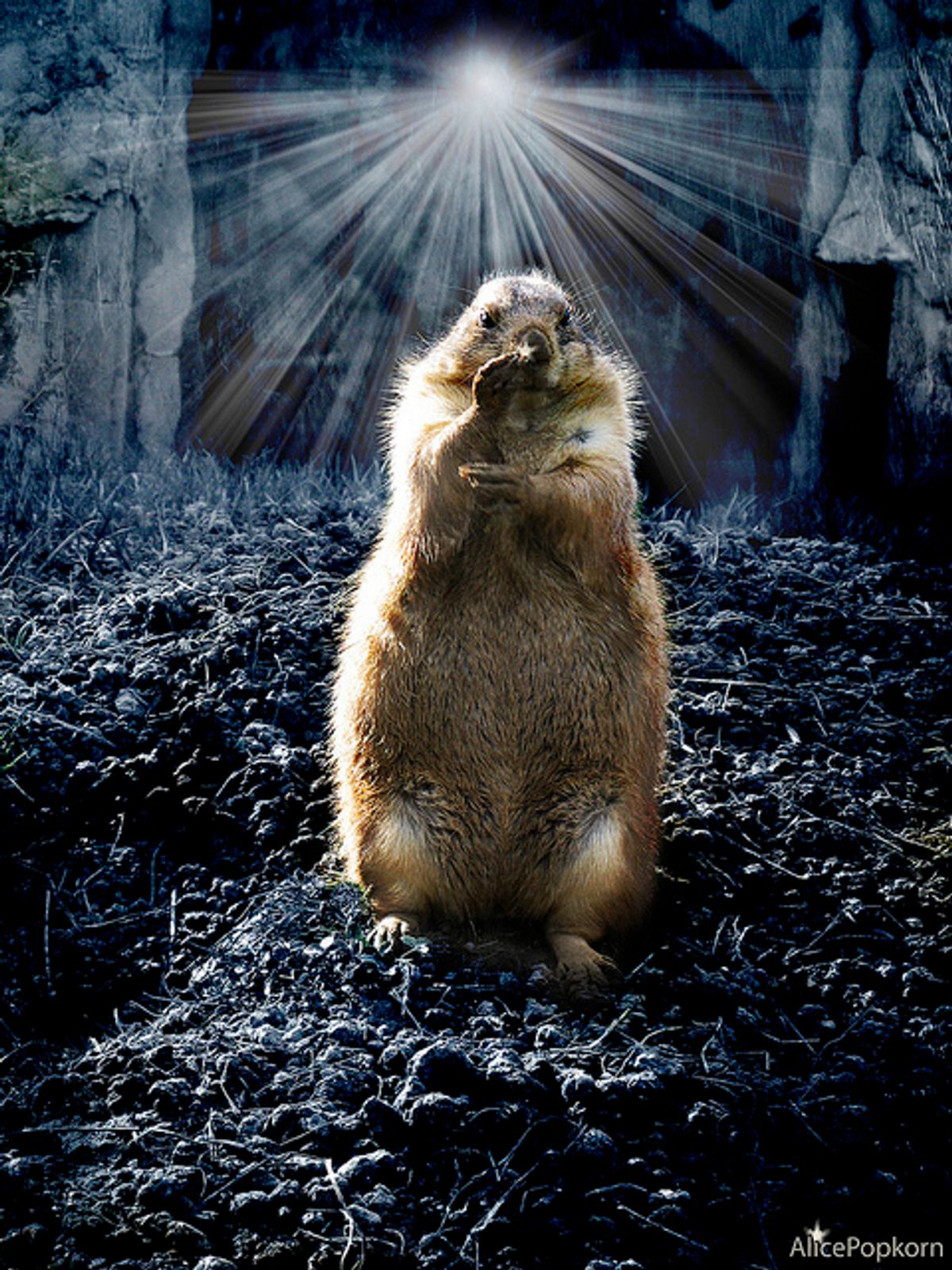 An artist's rendition of Punxatawney Phil.
--

To the relief of the winter-weary, the world's most famous groundhog predicted an early spring Wednesday.

Punxsutawney Phil emerged just after dawn on Groundhog Day to make his 125th annual weather forecast in front of a smaller-than-usual crowd who braved muddy, icy conditions to hear his handlers reveal that he had not seen his shadow.

Including Wednesday's forecast, Phil has seen his shadow 98 times and hasn't seen it just 16 times since 1887. There are no records for the remaining years, though the group has never failed to issue a forecast.

The celebration took place on Gobbler's Knob, a tiny hill in Punxsutawney, a borough of about 6,100 residents some 65 miles northeast of Pittsburgh.

The celebration is rooted in a German superstition that says if a hibernating animal casts a shadow on Feb. 2, the Christian holiday of Candlemas, winter will last another six weeks. If no shadow was seen, legend said spring would come early.

In reality, Pennsylvania's prophetic rodent doesn't see much of anything. The result is actually decided in advance by 14 members of the club's Inner Circle, who don tuxedos and top hats for the event.

The celebration usually draws 10,000 to 15,000 spectators when it falls on a weekday, Groundhog club spokesman Luke Webber said. The area was under a winter weather warning and while heavier snows and sleet never materialized, rain falling in about 35-degree temperatures made for a below-average crowd, said Webber, who offered no specific estimate.