If Republicans succeed in shooting down the Affordable Care Act, could the path be cleared for stronger reform? 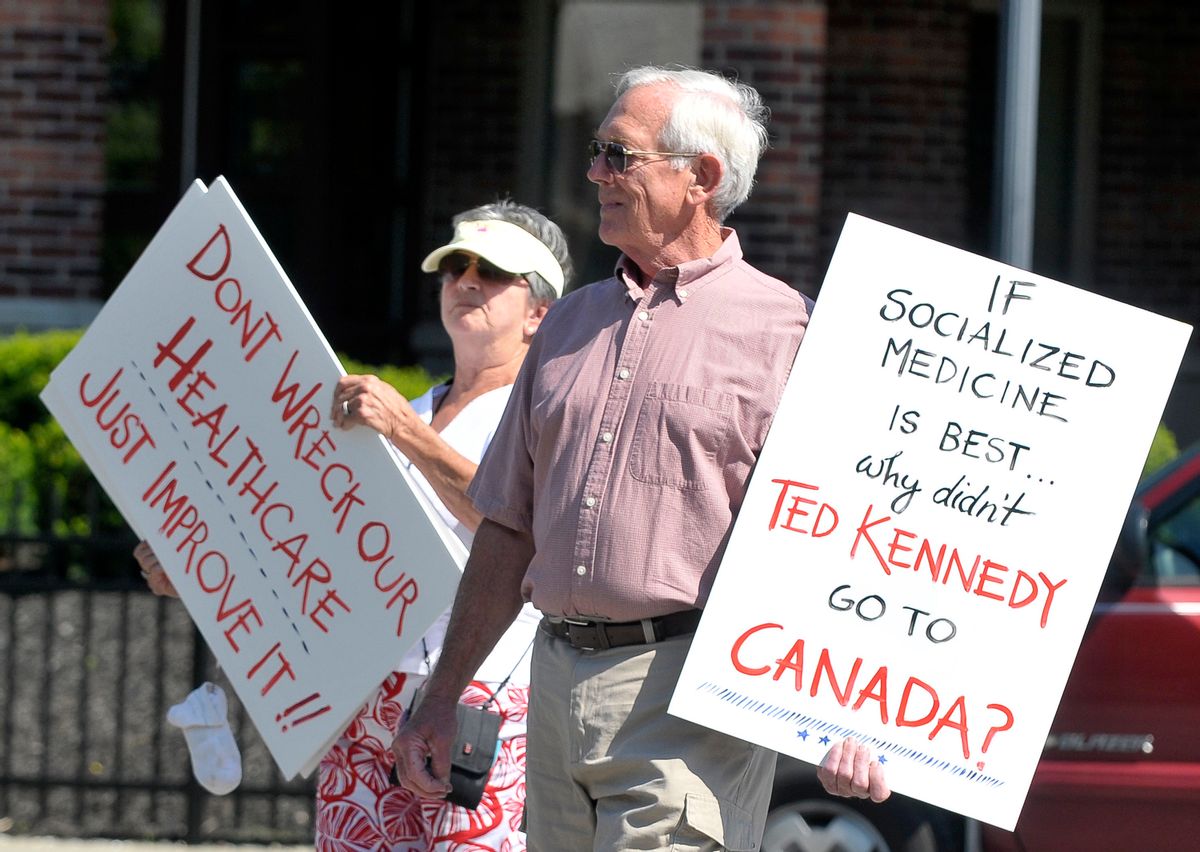 Is it too soon to declare healthcare chaos? In the wake of Florida Judge Roger Vinson's ruling that the Affordable Care Act is unconstitutional, the Washington Post is reporting that some states are claiming that they can immediately stop implementing the law, while others are convinced that they are legally bound to comply until until a Supreme Court decision, and still others are declaring that they just don't have a clue. Not surprisingly, Florida is leading the way on the intransigence front, with the state's attorney general rejecting a $1 million federal check provided to help pay for part of the implementation process.

The confusion contradicts both the assertions of senior White House administration officials on Monday that implementation would proceed without delay, and the complacency of supporters of healthcare reform whose initial reaction to the ruling was to tell everyone to calm down and wait until the legal process has fully played out. The Justice Department is appealing Judge Vinson's decision and will certainly ask for a stay -- which would theoretically require even renegades like Florida to abide by the law -- but one gets the sense that the battle is only heating up. The states that drag their heels waiting for Supreme Court Justice Anthony Kennedy to flip a 5-4 decision one way or another might be making a winning bet.

But for some of the loudest supporters of the Affordable Care Act, like the vociferous Washington Post blogger Ezra Klein, even a ruling by the Supreme Court that the ACA is unconstitutional would not be the end of the story, but rather, would mark a major setback for opponents of reform. "Long-term," writes Klein, "conservatism could suffer no greater disaster than the death of the individual mandate."

Klein's reasoning may seem counterintuitive, but he is not alone in making such a provocative claim. The reasoning is as follows: Healthcare is broken in the U.S., and must be fixed. The ACA is based on Republican ideas designed to preserve a private healthcare insurance industry while expanding coverage. If the ACA goes down in flames, then the only remaining option would be comprehensive government-provided healthcare insurance via some sort of single-payer system, like Medicare, or Veteran's Administration healthcare, except designed to cover the entire population. In this scenario, we could kiss our private insurance industry goodbye.

The first part of Klein's argument is unassailable. Healthcare in the United States is indeed broken. The cost of healthcare has been rising at a rate faster than overall economic growth for decades. Not surprisingly, the number of people without healthcare insurance has also been rising (both in raw numbers and as a percentage of the general population). In 2000, 38.4 million Americans had no healthcare insurance. In 2009, that number had risen to 50.7 million.

These trends are not sustainable, and explain why all the Democratic candidates for president in 2008 made fixing healthcare a primary part of their platform. Whether or not one can afford healthcare in the United States is an ongoing source of profound anxiety for millions of Americans. It is also a fiscal disaster: We cannot afford, as a society, to pay out of pocket for the costs of caring for all the people who do not have insurance but will inevitably get sick.

Klein's paradoxical optimism is based on the premise that, without any healthcare reform at all, the situation will degenerate so badly that the public clamor for a real solution will be so deafening that politicians will have no choice but to come up with a new fix. But if the individual mandate -- the mechanism for keeping the system as much in the private sector as possible -- is deemed unconstitutional, then the only alternative will be a more radical solution. (And by radical, I mean like Canadian healthcare, or Australian healthcare.)

I'd love to believe this, but I think it misunderstands political reality. A Republican Party that made repealing healthcare reform its primary issue isn't going to win that battle, only to turn around and allow an industrial-strength, new, improved, single-payer healthcare system become the law of the land. The private insurance industry won't go quietly into the night. Politicians who have witnessed this debacle aren't going to campaign for office on a platform of true socialized healthcare. Yes, current trends are unsustainable -- but so are current trends on widening income inequality, and fossil fuel consumption, and government deficits, and yet the political will to deal with these problems never materializes: On the contrary, our political dysfunction just gets worse and worse.

We've been trying to come up with a comprehensive healthcare fix for decades, and Democrats only managed to squeak through a manifestly flawed solution by co-opting the insurance industry and copying conservative Republican ideas wholesale -- and in the process, generating a devastating political and legal counterreaction. I know that there are many on the left who believe that if only Obama had pushed for a robust public option, he would have ridden a wave of public opinion right over Republican opposition, but I think that utterly misunderstands both the nature of today's Republican Party, as well as the "moderate" Democrats who would have flipped over into opposition immediately, should any such thing have been attempted.

Yes, something must ultimately be done to address the problem of healthcare in the U.S. but if the ACA is repealed, the political will to do so will be minuscule for generations. Maybe that's what Klein means by "long-term." In the meantime, the damage done to American lives by our broken, unaffordable system will be enormous. This is no time for complacency.