Since its exciting debut, "Human Target" has lost its charm and sense -- but it's not too late to get them back 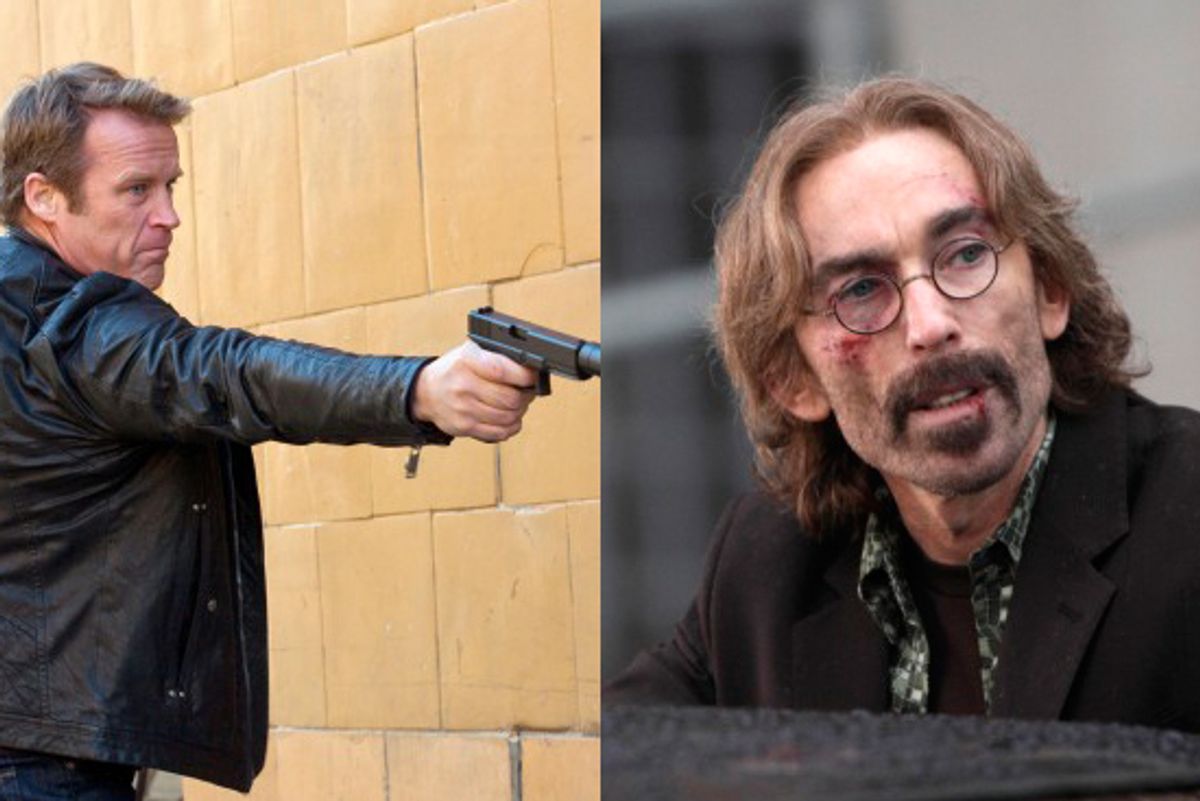 "Everyone's afraid to die, Mr. Chance ... unless for some reason they think they deserve it." That's a line from a very good scene in the second season premiere of Fox's "Human Target" (Wednesday, 9 p.m./8 Central), a show about an ex-assassin turned bodyguard. Adapted by Jonathan E. Steinberg ("Jericho") from a very different comics series by Len Wein and Carmine Infantino, it had a stellar debut season. Then it just fell apart. It's not beyond repair, but it seems to have settled into good-enough-for-government-work much sooner than I expected. It had better save itself fast; viewers are fickle.

If you start watching "Human Target" right now, you'll think of it as another smart-dumb time-waster, a series that's better than it needs to be, but only slightly. In its second season it's a wisecracking caper series with glossy B-movie production values, an appealing cast, an overlay of global espionage fantasy, and action scenes so inventively choreographed that you can almost forgive their clichéd shaky-cam imagery and "What the hell just happened?" editing. And that's it.

But early on there were hints that "Human Target" could be more than that -- not deep or challenging popular art (I don't think it ever had those sorts of ambitions), but smart, spry escapism, a weekly band-of-eccentrics-on-a-mission series in the vein of "The Magnificent Seven," Steven Soderbergh's "Out of Sight" and "Ocean's Eleven," and Howard Hawks' leisurely, damn-near-perfect western "Rio Bravo." Movies like that aren't trying to reinvent or subvert or deconstruct anything. They're diversions built around recognizable human beings -- characters with motivations and quirks, and perhaps a code.

The protagonist Christopher Chance (Mark Valley) was quiet, super-competent and alert, never glum. Valley, a no-fuss leading man in the mode of the young Steve McQueen or Robert Redford or the "Magnum, P.I."-era Tom Selleck, was fit and handsome but self-deprecating and secure in his masculinity. He played Chance as an unflappable American warrior-gentleman, the sort of character who could thrash five bad guys at once but was too classy -- or in too much of a hurry -- to deliver a kiss-off line afterward.

And the character had a soulfulness that appeared without fanfare. His finest moment -- and maybe the show's -- occurred in the final episode of Season 1, an elegantly structured, heavily cross-cut hour that revealed why Chance stopped killing people and started protecting them against killers. His shadowy masters assigned him to kill a young woman named Katherine (Amy Acker), but he had doubts about the mission, and his doubts soon snowballed into something deeper. When Katherine asked Chance why he'd decided to switch sides, Valley turned two simple sentences into an epiphany. "Because I'm tired of the part I've been told to play," he told her. "I don't want to do it anymore." Valley showed us the character's psychic distress without underlining it. You could see the start of a tear in the corner of Chance's left eye and hear a slight tremor in his voice, but Valley never crossed the line and started emoting or begging for sympathy.

Remarkably, moments like this coexisted comfortably with James Bond-level international conspiracy plots, flamboyantly cool characters (such as Jackie Earle Haley's bespectacled, long-haired, super-badass Guerrero, a stone killer who addresses everyone as "dude"); ludicrous feats of courage (including a moment in the second episode where Chance helped turn a damaged jetliner upside-down in midair, the better to put out a fire in its belly), and the sorts of unforced, warm moments that bond viewers to a show. Another great scene in the Season 1 finale flashed back to the initial meeting of Chance and future colleague Laverne Winston (Chi McBride), then a disgruntled San Francisco policeman. Chance was posing as a government lawyer named Conrad Hall (after the Oscar-winning cinematographer? I wouldn't put it past this show's writers), and when Winston crankily admitted he was insecure about having "a girl's name," the hero smiled and said, "You can call me Connie." The whole show was full of moments like that -- moments where you felt relatively sure that everyone involved knew what they were doing, and wouldn't step wrong if they could help it.

What a difference a summer makes. From the conclusion of the first season's cliffhanger through this past Monday's special bonus episode, "Human Target" is suffering an identity crisis all its own. Steinberg, who developed the series, was edged out and replaced by a new showrunner, Matt Miller from NBC's scattershot "Chuck." Guerrero, an immensely appealing character who nevertheless teetered on the edge of Fonzie/J.J./Kramer self-parody, has become tiresome and contrived, more grating than amusing. And the running gag of Guerrero threatening and sometimes torturing helpless people caters to the action film audience's tendency to get off on bullying cruelty. (Fox's "24" showed torture often, but at least it was always horrific; they never played viciousness for light laughs.) Winston is too often made the butt of jokes (usually fat jokes), and the writers keep putting him in situations where he looks and acts like a gruff male "mammy" character, grousing and hectoring the impetuous white hero.

This season's two new characters -- former delinquent turned master thief Ames (Janet Montgomery) and Chance's new boss Ilsa Pucci (Indira Varma) -- were obviously meant to provide gender balance, but whatever early charm they had wore off pretty fast. Ilsa, especially, is a huge drag on the action. She seems to spend most of her time snapping at her employees and needlessly turning subtext into text. That quote at the top of this column, for instance, came from Ilsa, and while it reads as corny on the page, Varma's matter-of-fact delivery gave it a mythic heft; it was an old-movie line, the sort of thing one cowboy might say to another during a trail ride.  But in that same episode Ilsa had many more lines in the same vein, and they were all terrible. "I suppose redemption comes at a price," she told Chance later, and I half-hoped he'd reply, "Howzabout a buck-fifty?" (I'm glad he didn't, though. Chance's new traits include babbling, oversharing and offering unsolicited advice that Dr. Phil might find a bit moist.)

Most of the self-contained episode plots have been so dreadful that I nearly went to IMDB to see if they filched them from reruns of a half-baked 1980s airtime-filler like "Riptide" or "Jake and the Fatman." The episode where Guerrero got framed and imprisoned for killing an old friend started out promisingly and had some funny tall-tale-type reversals (he broke out of prison, then Chance talked him into going back before anybody figured out he was gone), but it degenerated into an "A-Team"-level plot that found the corrupt warden (James Remar of "48 Hours") operating an inmate-staffed meth lab on prison grounds. The Christmas episode that sent the gang into the suburbs to protect an endangered family was inexplicably snobby, with tired jokes about the soullessness of McMansions and malls and neighborhood gossip blogs. Chance seemed to have been possessed by Samantha from "Sex and the City." He kept declaring the suburbs "hell," which might have been funny if the character weren't played by an actor who'd look right at home driving 2.5 kids to soccer practice in a Range Rover. And let's not even mention Monday's episode, in which the crew had to stop a beautiful Russian assassin from killing, or fake-killing, her dumber-than-spit husband. The whole thing was just embarrassing.

"Human Target" may never rise to the level of a Howard Hawks film, but there's no reason why it has to be painful to watch. It could get on track fairly quickly if it wanted; all it would have to do is let Chance be Chance, and let his colleagues be themselves, too, and have everyone be less chatty and bitchy and judgmental and more stoic, decent and brave. The writers should watch "Rio Bravo" to clear their heads. The hero of that classic has the same last name as the hero of "Human Target," Chance. As in last.