Netanyahu believes Iran has ambitions for an Islamist government in Egypt, open to peace talks with Palestinians 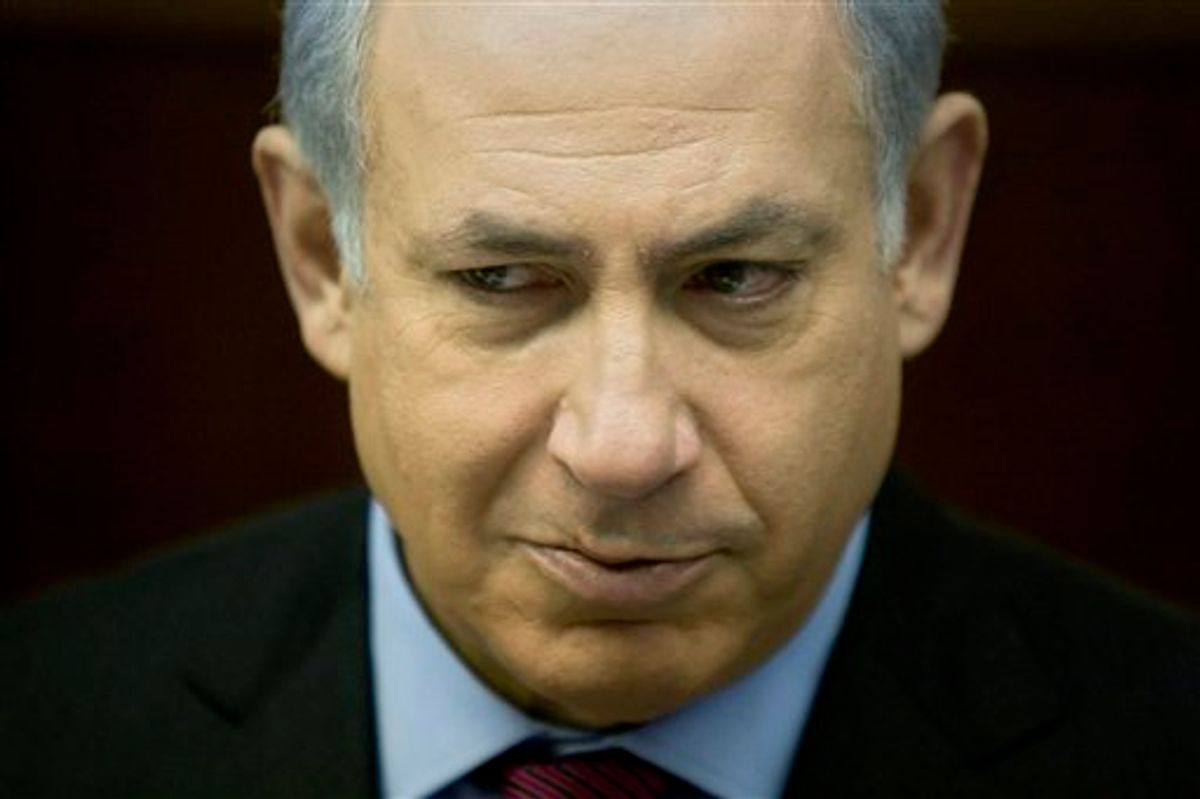 Israeli Prime Minister Benjamin Netanyahu attends the weekly cabinet meeting in his Jerusalem office, Sunday, Jan. 16, 2011. Israeli authorities said Sunday they are moving ahead with a new proposal to build 1,400 apartments in a contested part of Jerusalem, enraging Palestinians who denounced the plan as another settler land grab. (AP Photo/Sebastian Scheiner, Pool) (AP)
--

Israel's prime minister says the Iranian leadership wants to take advantage of the chaos in Egypt to create "another Gaza" there, run by Islamic fundamentalists.

Benjamin Netanyahu also told the Israeli parliament Wednesday that he expects any new government to emerge in Egypt to honor Cairo's three-decade-long peace agreement with Israel.

He warned that Islamic groups took over by democratic means in Iran, Lebanon and Gaza.

He asked: "Is there freedom in Iran? Is there democracy in Gaza? Does Hezbollah promote human rights?" Netanyahu said such groups are not interested in an open and free Egypt, but an Egypt "that goes back to the Middle Ages."

The Israeli leader also called on the Palestinian leadership to see the regional changes as an opportunity to restart peace talks.